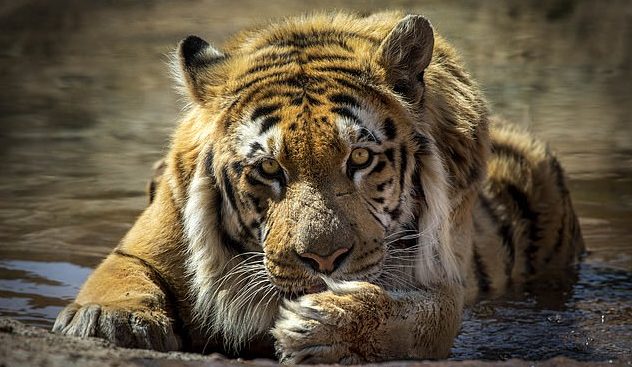 In 2016, an incredibly thin and emaciated tiger named Laziz was rescued from the Gaza Zoo, which was called the world’s worst zoo in the world media. 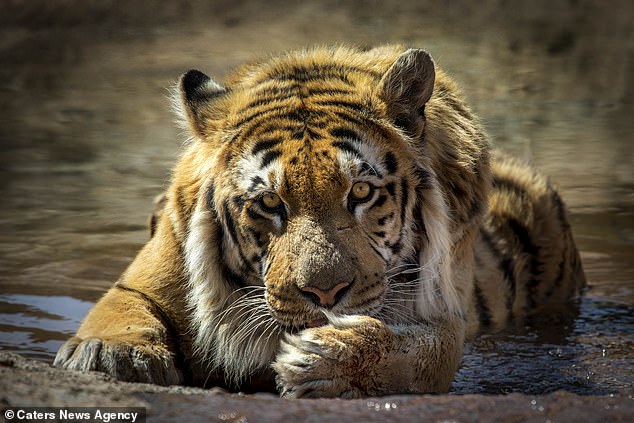 Laziz was the last living tiger in this zoo, the rest died of starvation.

Photos of the remains of dead animals in the enclosures of the Gaza Zoo are still shocking.

The zoo was badly damaged during the armed conflict between Israel and Palestine. 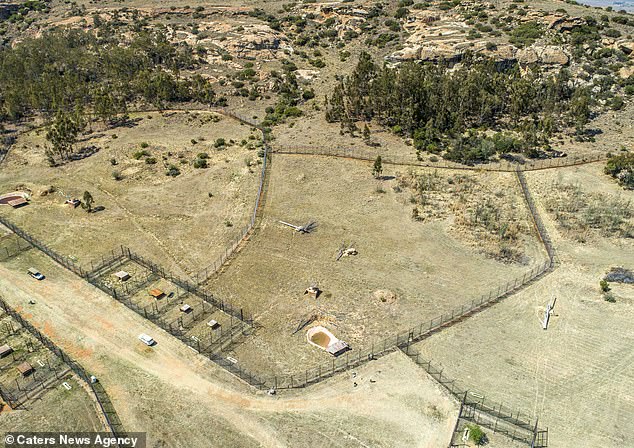 Bombs fell on it, and there was simply no money to feed the animals.

The world learned about the unenviable fate of animals in this zoo back in 2014. But only in 2016, the volunteers of the Four Paws Society managed to rescue Laziz from there and send him to the safe haven of LionsRock in South Africa. 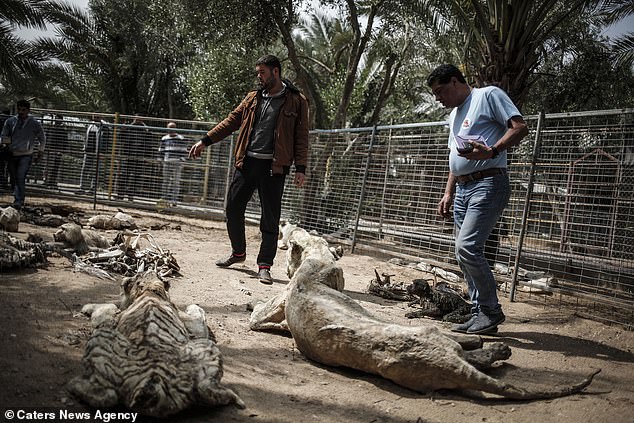 In this shelter, Laziz had a private and fairly large area of open enclosure, where he could walk and run, drink water from the pond and swim.

For the tiger, who from his youth knew nothing but a small enclosure and a narrow cage, it was like entering Paradise.

At the Gaza Zoo, Laziz lived in the same enclosure with a young tigress. But they did not have time to save her. 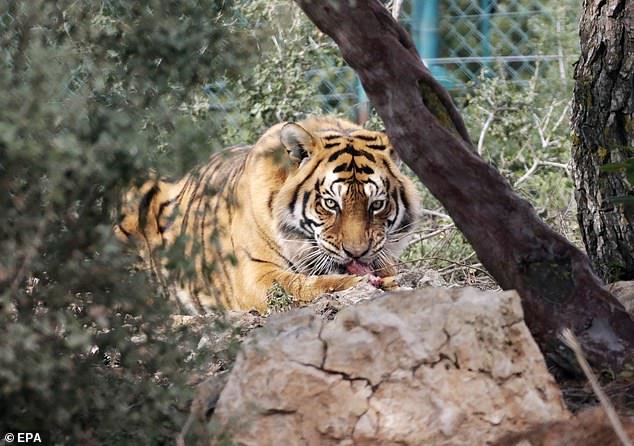 When the volunteers came to Laziz they found only the now dried remains of the poor tigress.

If not for the volunteers, Laziz himself would also have expected the same sad fate.

The tigers here are well-fed and have enough meat. 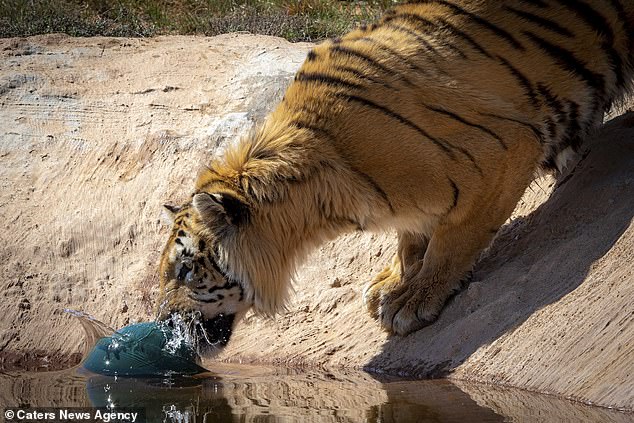 Now Laziz does not even closely resemble himself in 2016, he has fattened, grown up and has grown lush sideburns.

“He still has signs of a traumatized psyche, but he is incredibly lucky. Probably only a few tigers on earth have safely gone through what Laziz has gone through. He is doing well now,” says veterinarian Amar Khalil.

Interesting News 0 17
Mrs. Pocock, originally from Idaho, lives near the channel, which always has a strong