He continues to work, but with a prosthesis.

In March, the San Diego Humane Society confiscated two dogs from the owner, who treated them in a sadistic way.

To prevent the pets from scratching or licking, she tied their paws so tightly that blood circulation was blocked.

They were both operated on. Unfortunately, a shih tzu dog named Chloe lost some of her hind legs. 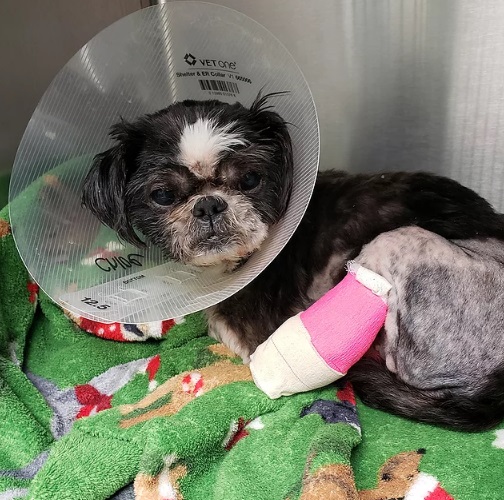 Another dog, Roxy, a 13-year-old Chihuahua, had one of her hind legs amputated, and the other was saved.

After the recovery period, the dogs received prostheses. Roxy got a new hind leg and Chloe got orthopedic slippers for the hind legs.

Detective Chappy Hunter told how Chloe appeared at his house:

“An employee of the San Diego Humane Society, a friend of mine, called me and told me about Chloe. He believed that we are suitable for each other, and asked to shelter her, at least for a while.

My wife, my son and I instantly fell in love with her and decided to keep her. ” 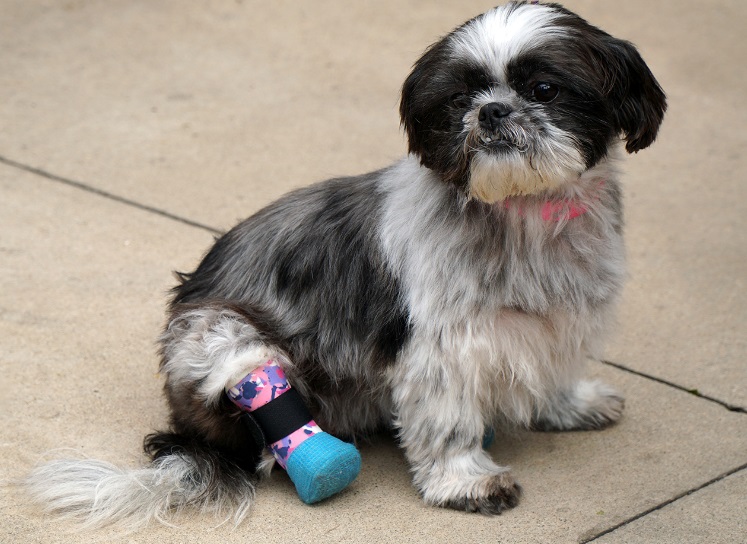 Chloe has already adapted to crawling in her slippers, which, according to the Humane Society, is already progress.

“Making prostheses for a dog is quite difficult, and this is the first such experience for us,” the veterinarian told the press. –  But we have professionals, and I am very grateful to our entire team that we managed to give such a cute dog a second chance for a normal life.”

Chloe blended well with her new family. And they are connected by something more than just sympathy.

“I deeply understand what it was like for her to go through the operation and recover from the same trauma as mine. We are both on prostheses, and I have the same feelings as her, and I really empathize with her.

I understand her and therefore am very attentive to her,” says Hunter. 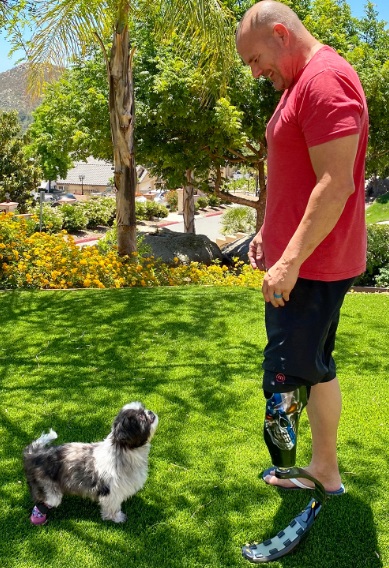 “But I still have the feeling that it is she who cares about me.”