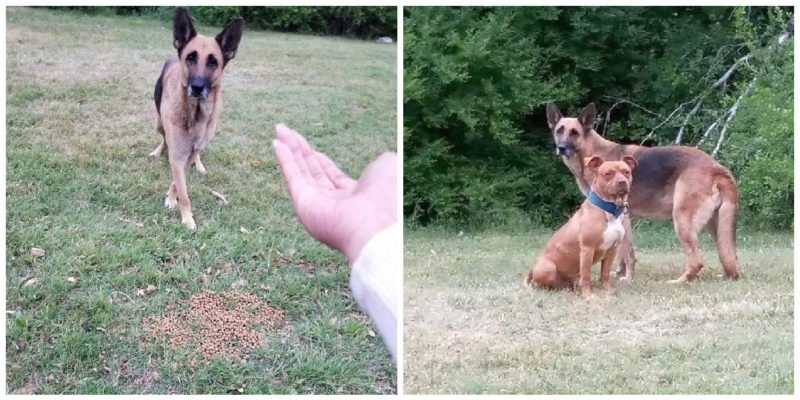 Not far from a forest in Fort Worth, Texas, people spotted a stray German Shepherd.

It was evident that the former owners threw her away. 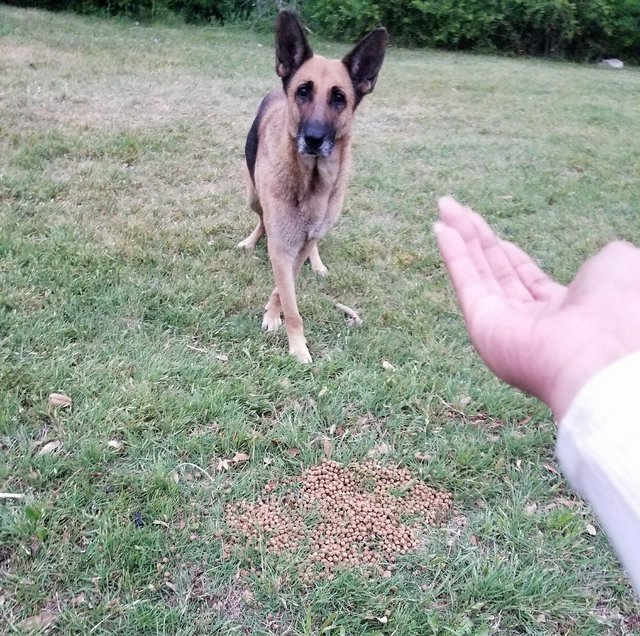 The dog was very scared and did not want to approach anyone.

“I knew it was very important to lure her and gain her trust,” wrote Judy, head of the local rescue organization.

Gaining trust began with the woman studying the dog’s every move. 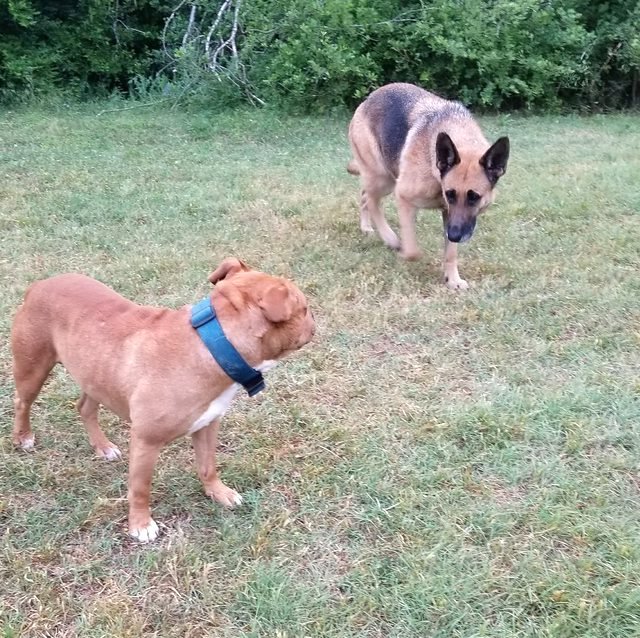 Judy has already rescued hundreds of frightened and abandoned dogs from that area, which is also a notorious place for people to throw away their unwanted animals, and is accustomed to staying calm and patient with dogs like this German Shepherd.

To establish contact, the woman uses a soothing voice and tells the dog that everything is fine, over and over again.

“In the beginning, just seeing me and my car, the dog ran away into the forest,” says Judy.

But she did not give up and every day she came to feed her.

One morning, the woman arrived, and the dog was already waiting for her.

“I understood that I was close to the moment when I could take her with me.”

But the German Shepherd had a secret.

The dog led the woman to the forest, where she showed her another frightened dog.

Pit bull – with scars on the face. 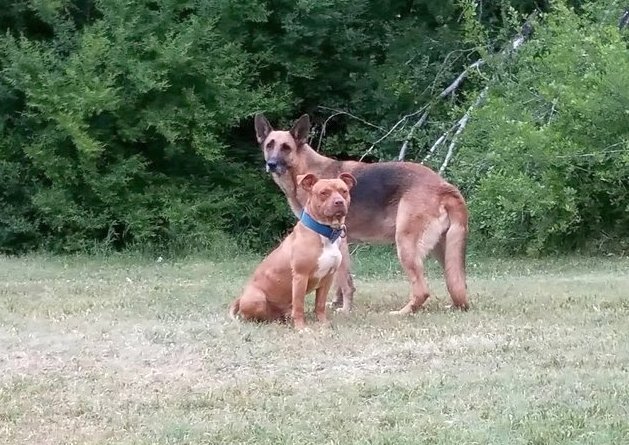 “It was clear from the shepherd that she wanted to say that if you take me, you will also take my friend too!” Judy wrote.

It is still not clear whether the dogs were together right away or became friends later, but it was clear that they care about each other.

The woman could not do anything, she had to take two. 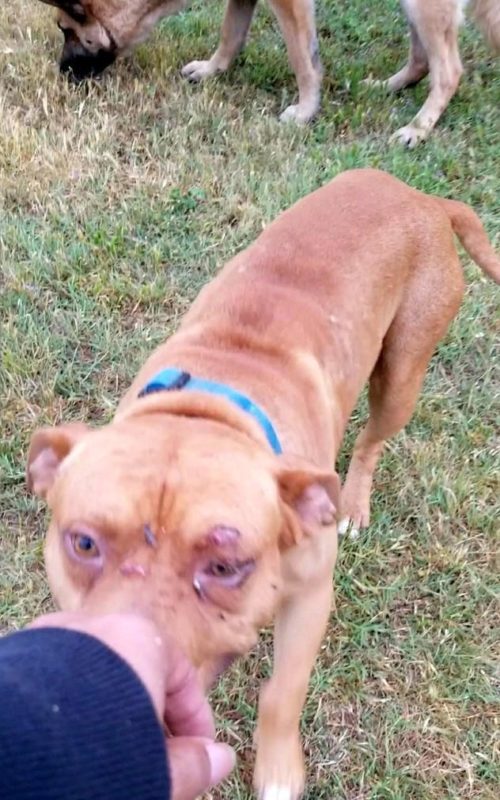 Both dogs – Iris (German Shepherd) and Clover (Pitbull) – visited the vet and found out that neither of them had heartworm, which is a huge relief for Judy, who has already started looking for a foster home for them.

“Every day I told her the same thing so that she knew my voice and knew that one day her life would change,” – Judy wrote. 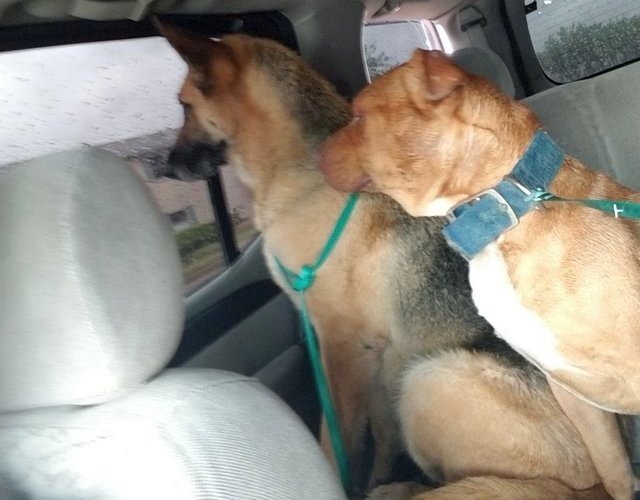 It’s so great to transform dogs’ fear into smiles and happiness, and the belief that they will find a new happy life!

Teddy, a two-year-old playful Yorkshire has become a social media star with his incredible hairstyle and stylish clothes
Animals
0 176

When her husband said, “it’s either the dogs or me,” she chose the dogs and has not seen or heard from him since
Animals
0 300
Our Top Posts