Probably, many of us have heard about a strong feline friendship, or friendship between a cat and a dog, with a hamster, with a parrot, with a duck or even a horse.

But all this is more or less understandable, for these are also animals. 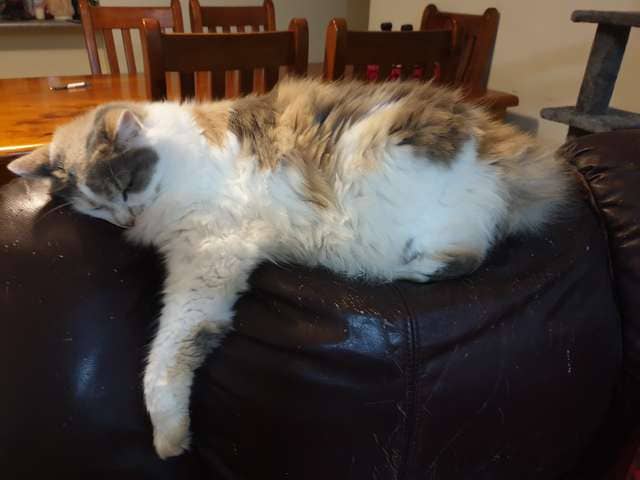 But this unique cat made friends with someone, or it would be more correct to say, with something else.

It’s about a cat named Baby.

The pet is already at a rather respectable age, she is a little over 10 years old, and the owners never noticed anything unusual about her.

It was the most common cat – she eats, sleeps, sometimes comes to be stroked, that’s all.

The only difference from other cats – the Baby’s lack of a tail.

But, of course, this did not affect her character. 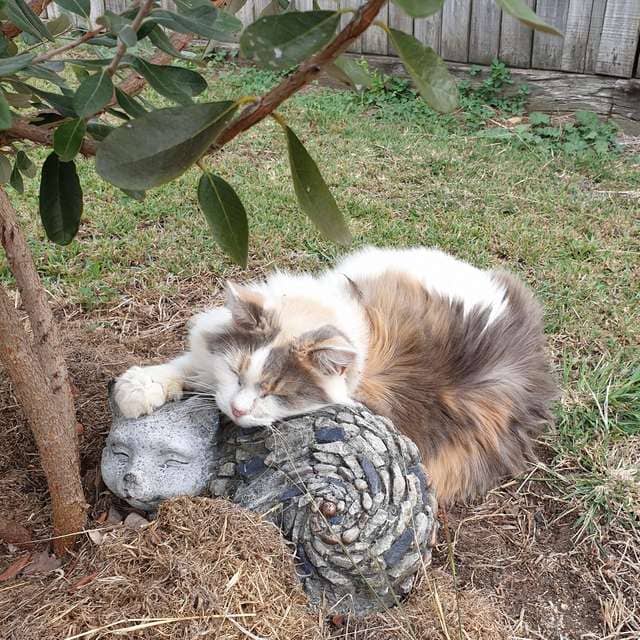 One day, the owners of Baby decided to update and “refine” their garden.

Among other things, they acquired a garden statue in the shape of a cat.

So, since then, the cat practically does not leave this statue and spends days with it (and sometimes on it).

It is not clear what was the reason for such a mysterious friendship, but it has a place to be. 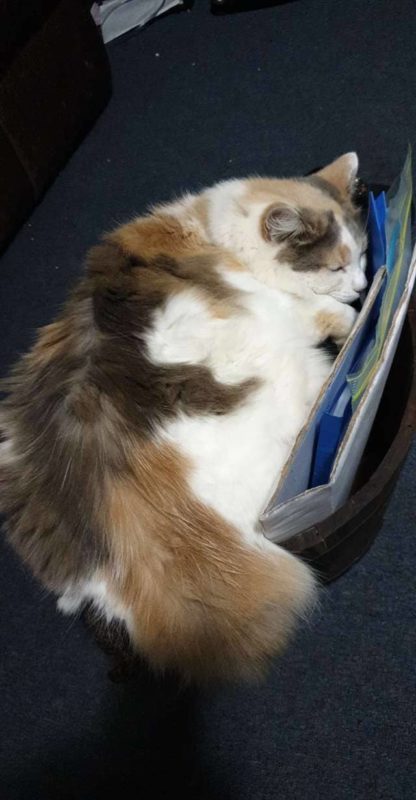 Baby often sits next to the statue, sometimes meows, telling her stone friend about something.

She also loves to take a nap there, huddled against the statue.

All this is strange, considering that the owners never ignored their Baby.

Perhaps this was very little for her and she wanted a friend for herself.

Although this “friendship” is rather strange, the main thing is that Baby is happy, which means nothing is worth changing, especially since the owners have already got used to this behavior of their favorite, while at first it scared them a little.

While the owners are not at home, their dog steals bread, hides it, but does not even eat a piece
Animals
0 385