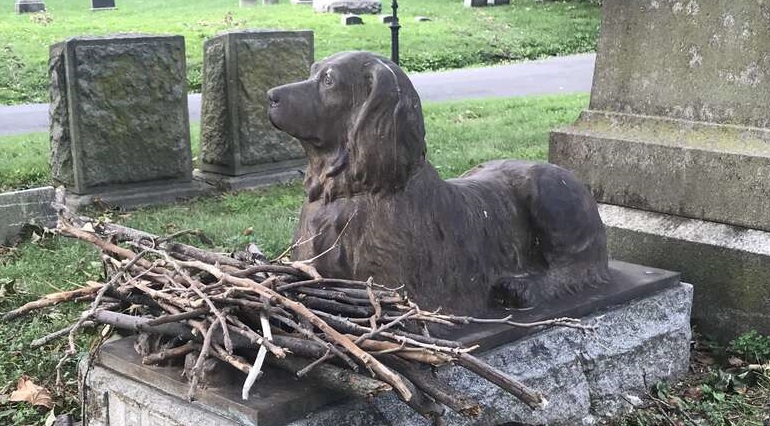 Cemetery workers have to regularly carry away bundles of sticks from the animal’s grave.

But they don’t complain – after all, people bring him gifts for a very good reason.

Rex the dog died over 100 years ago. But the residents of the city still remember the kind dog of the local fruit seller – John Stow. 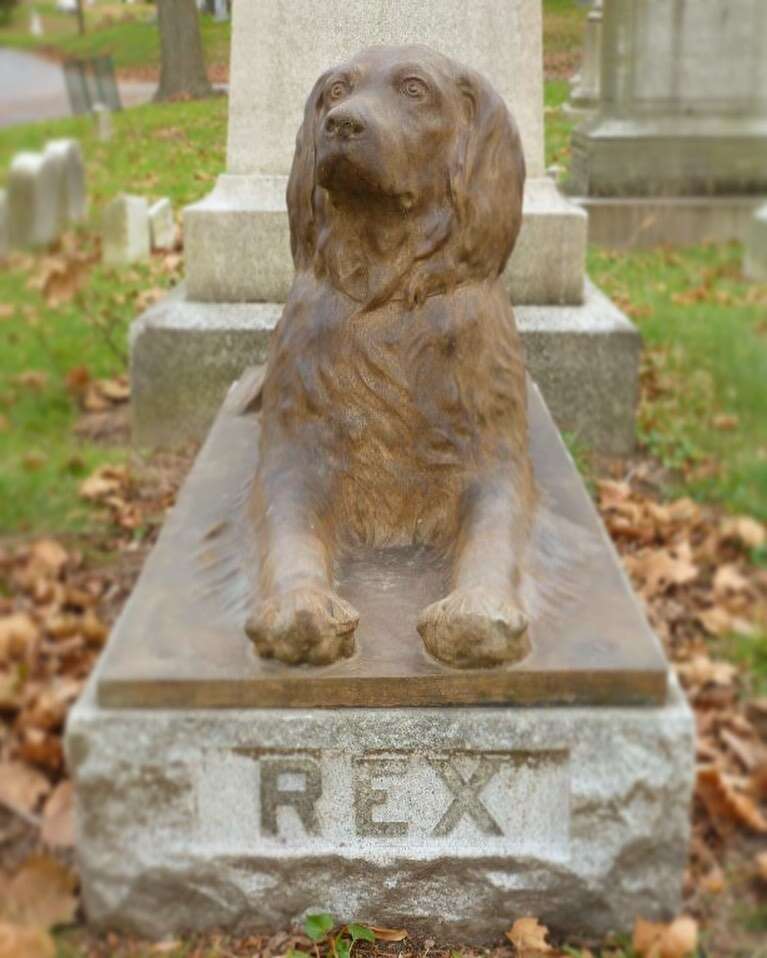 During his lifetime, the “American Hachiko” was so devoted to his owner that they were not separated even after death. The dog rests next to John in the Green-Wood cemetery in Brooklyn.

They even erected a monument to the animal that the whole city knew – a bronze copy of it in full size. 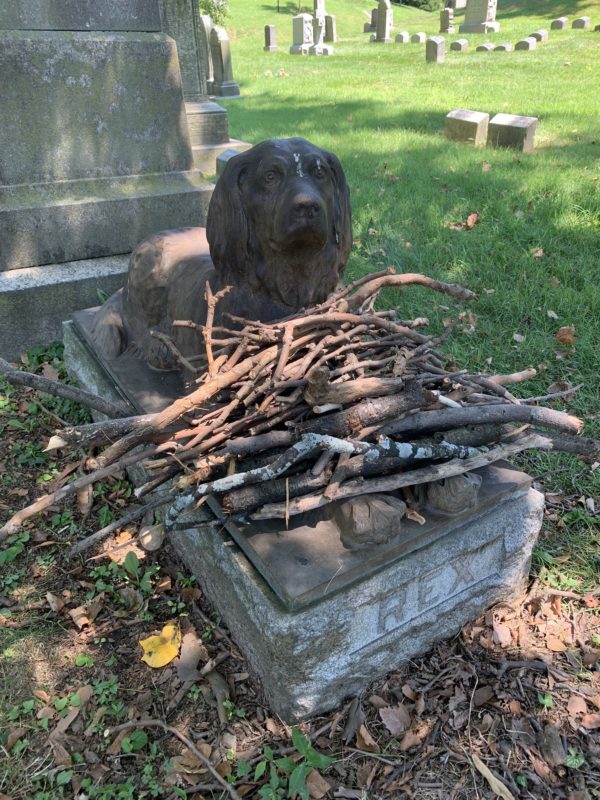 Recently, a photo from Rex’s grave appeared on Twitter. It turned out that next to his monument, the townspeople regularly leave sticks and branches of trees.

This post immediately caught the attention of users, and many of them had a question – why are people doing this?

Later, someone from Brooklyn commented on the photo and explained that sticks are a tribute to a special dog that grandparents tell their grandchildren about. 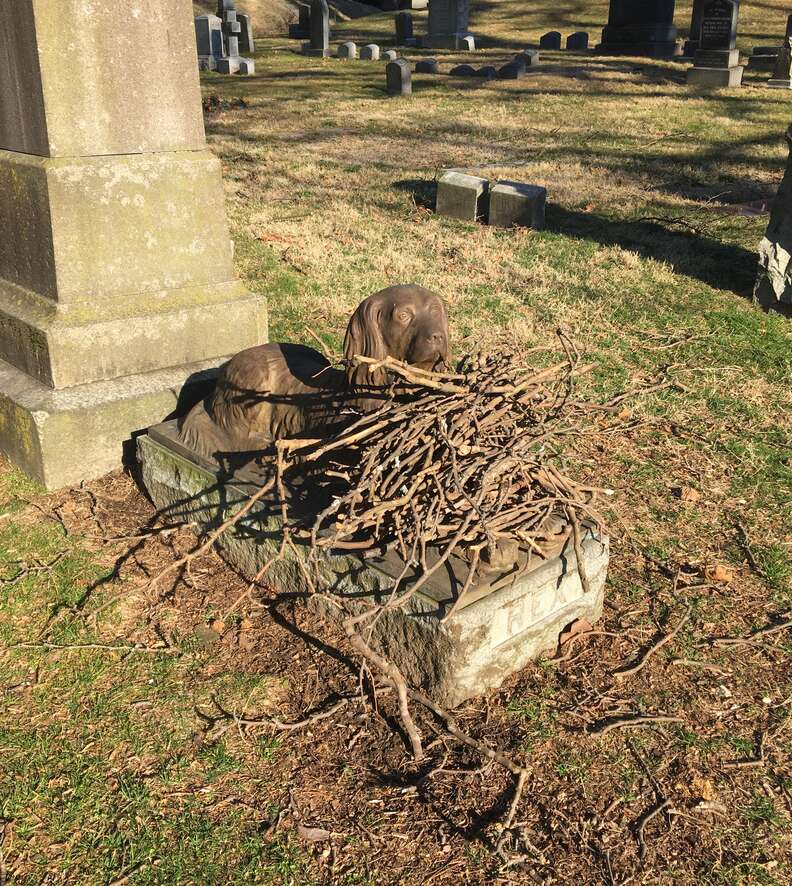 Residents who have lost their pets also come to Rex’s grave. They put sticks in the bronze paws of his copy and ask the dog for a favor – to look after their favorite pets until they meet them again.

Mom refused to abandon her daughter, even though the doctors told her so, look what she has become
Interesting News
0 754

After 10 years in Michigan shelters, a former abused Pit Bull is finally adopted by a loving shelter staff member
Animals
0 512

A seven-year-old boy with a kind heart saved 1,300 unwanted dogs by finding them owners and was named “Kid of the Year”
Animals
0 402

A miracle of nature, a two-faced cat named Yana with a unique coloring wins the hearts of netizens
Animals
0 418