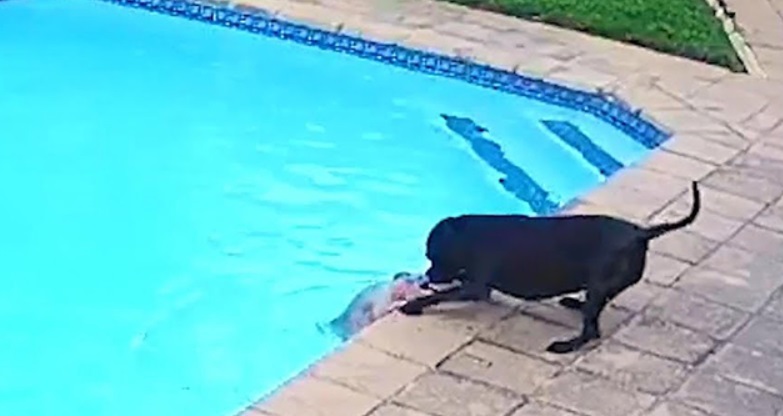 After checking the surveillance cameras, the couple rushed to praise the second dog: for half an hour she saved the clumsy Spitz, who accidentally fell into the pool. 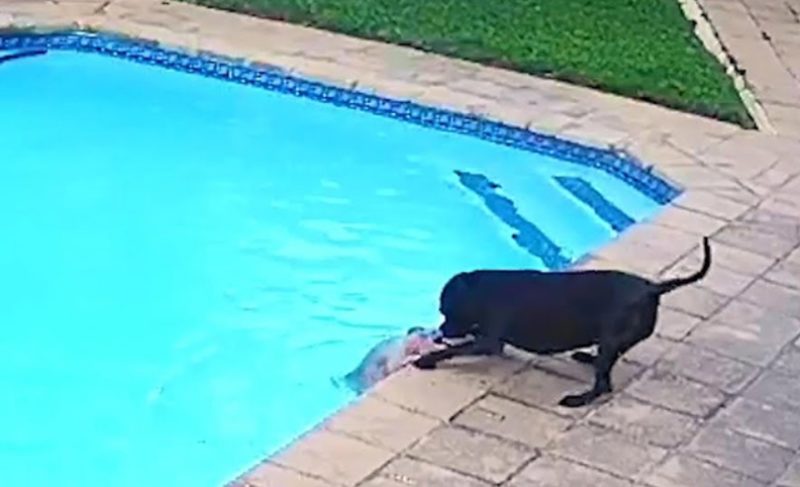 The pool in Byron and Melissa Tanaraien’s backyard is quite large and deep. The house camera is looking right at it, as the fence is already on the outskirts of the city.

Recording from it helped the couple establish the order of events. A real drama unfolds on the footage: the Spitz walks along the very edge of the pool and at some point slides down. 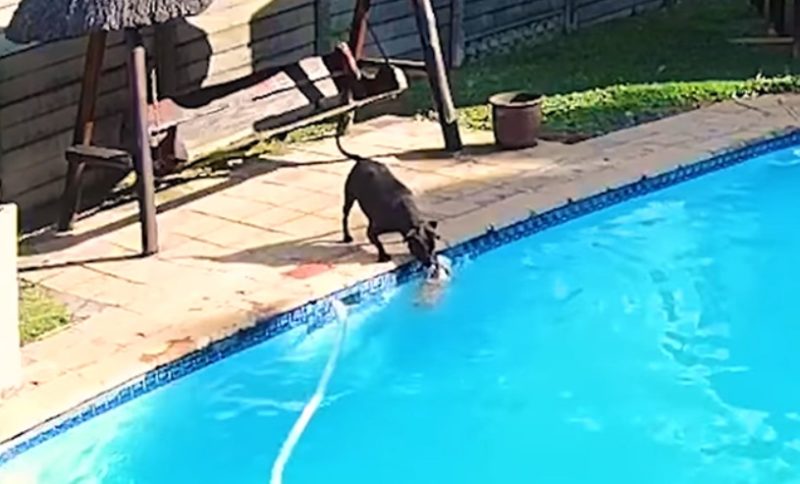 The dog immediately begins to swim, and goes further and further away from the steps, on which he could get out.

Luckily, the family’s second pet, a large Staffordshire Terrier, was nearby. He ran to the pool and tried several times to help his friend, but failed each time.

In the end, the Stafford still managed to pull out the Spitz. 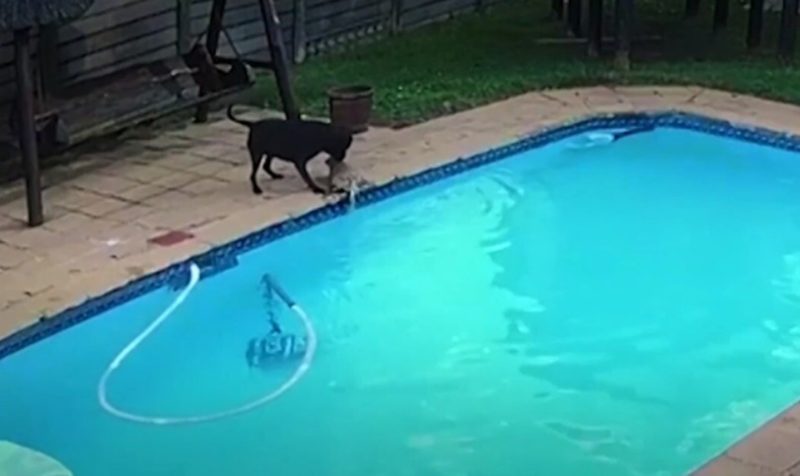 But this did not happen right away. Staffordshire had to seriously try, the full timing of the rescue operation is 34 minutes!

Now the Tanaraien family treats pets more carefully. And the pool is completely fenced off with a separate fence; as an additional precaution, they began to close it with a protective barrier.

See what the whole operation to rescue the poor baby looked like.

The dog lived on the street and now has almost half a million followers: the story of a food blogger dog
Animals
0 343