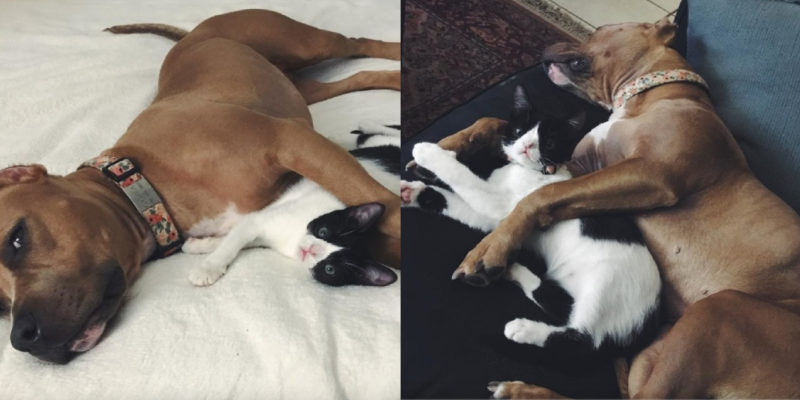 This cat named William was found on the street at the age of 6 weeks in Florida and placed in a small shelter in the city of Gainesville. 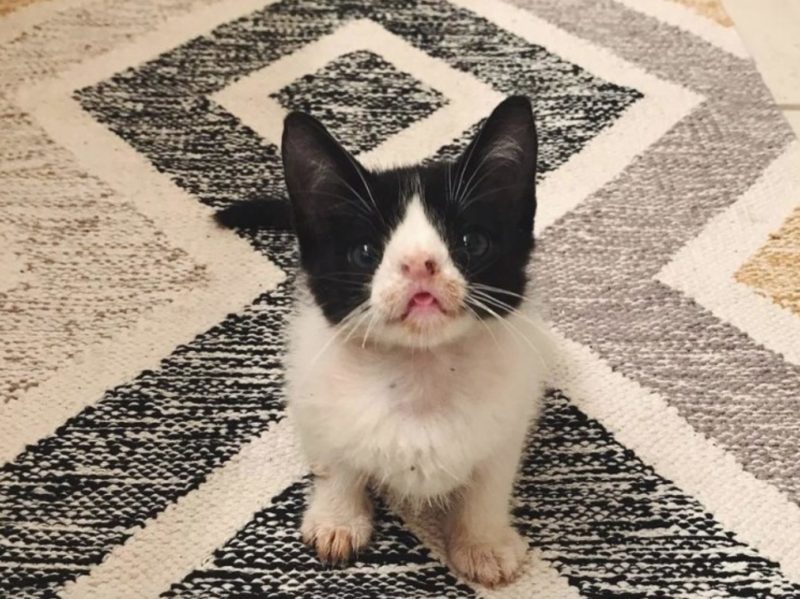 There he was noticed by a student girl who is studying to be a veterinarian and took him under her wing.

William was found very dirty, covered in fleas, and terrified. But the main problem was with his face. 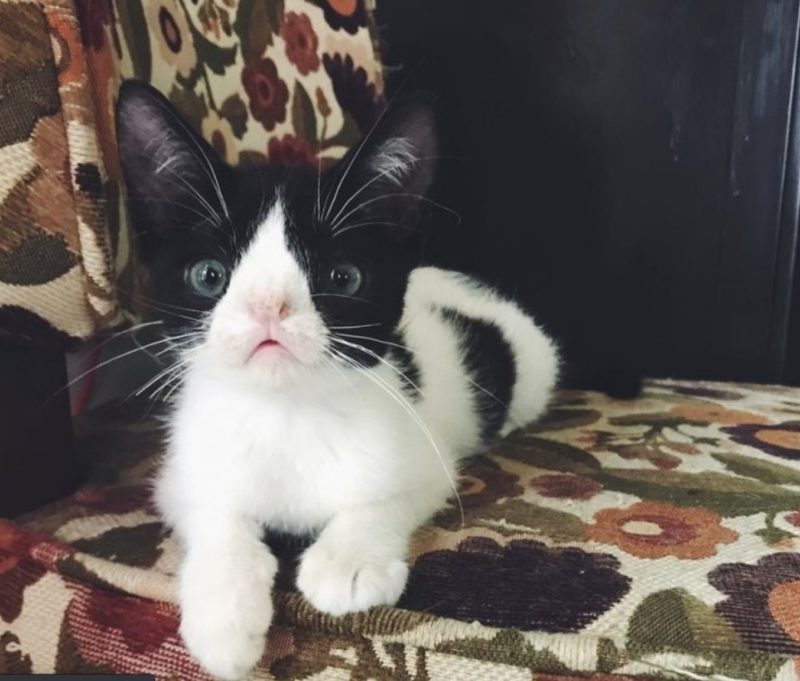 It was obviously deformed from birth, possibly due to a genetic mutation, due to which his face now resembles that of a pug or bulldog.

In the student’s house, William met other animals, which the girl also took from shelters. 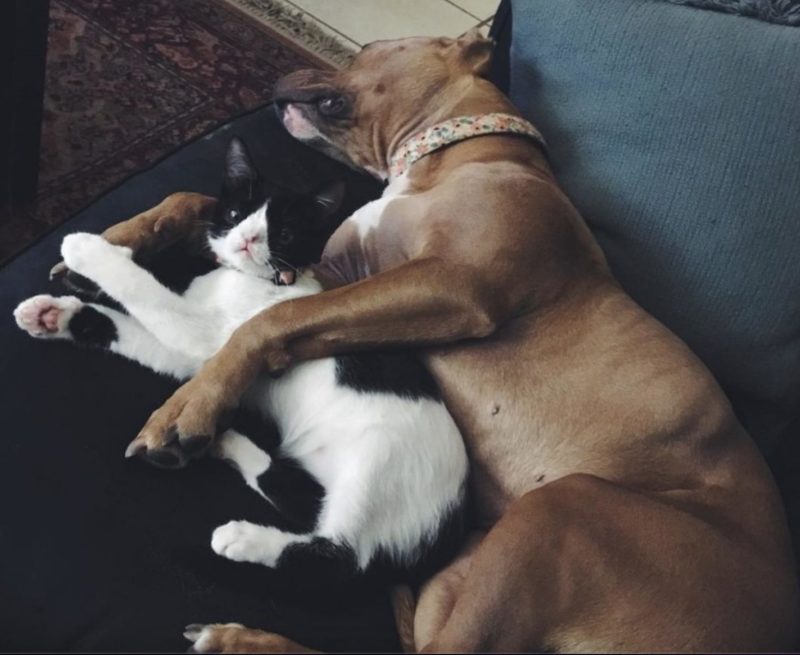 Among them was the pit bull Cora. And William immediately began to have very tender feelings for the dog. And Cora answered him in return.

They now sleep together, closely clinging to each other and walking together as a couple.

According to the girl, Cora has always been very friendly to other animals, but she has a particularly tender relationship with William. 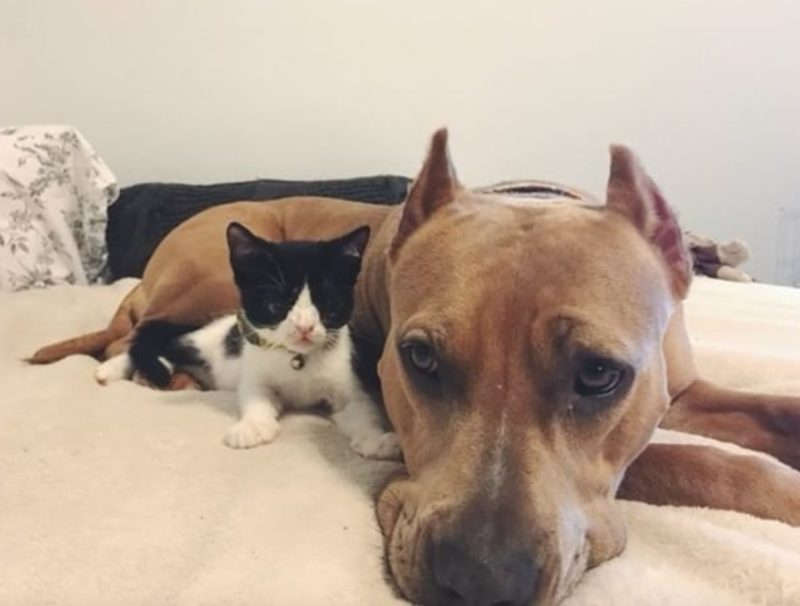 When the student saw how the dog and the kitten became friends, she realized that she would no longer give William into the wrong hands. She decided to keep him.

Now William is 10 months old, almost an adult, but he continues to be friends with Cora and gets along well with other cats and dogs that are temporarily brought into the house by girls from the shelter. 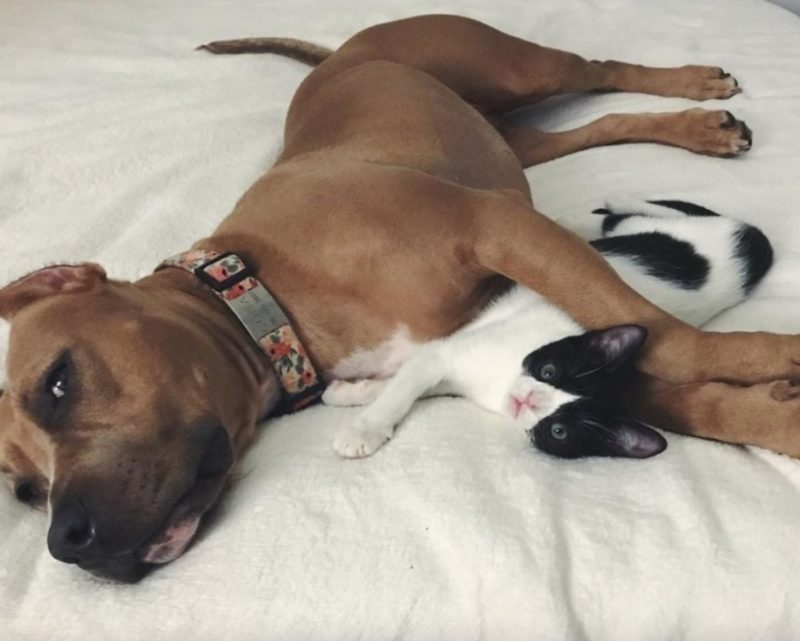 Once he was very timid and intimidated, but now there is no trace of this.

1-pound Chihuahua puppy, picked up and dropped mid-air by a hawk, survives and lands at rescuer’s feet
Animals
0 390
Our Top Posts