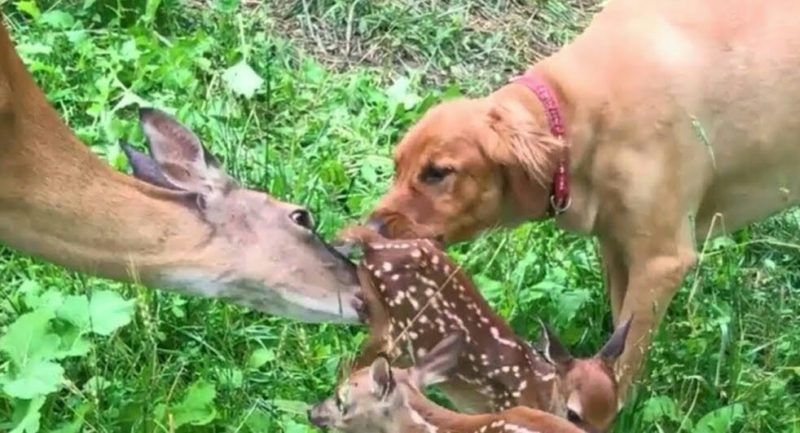 Friendship between different species is amazing. This time it is a special relationship, which has  lasted for more than 11 years. 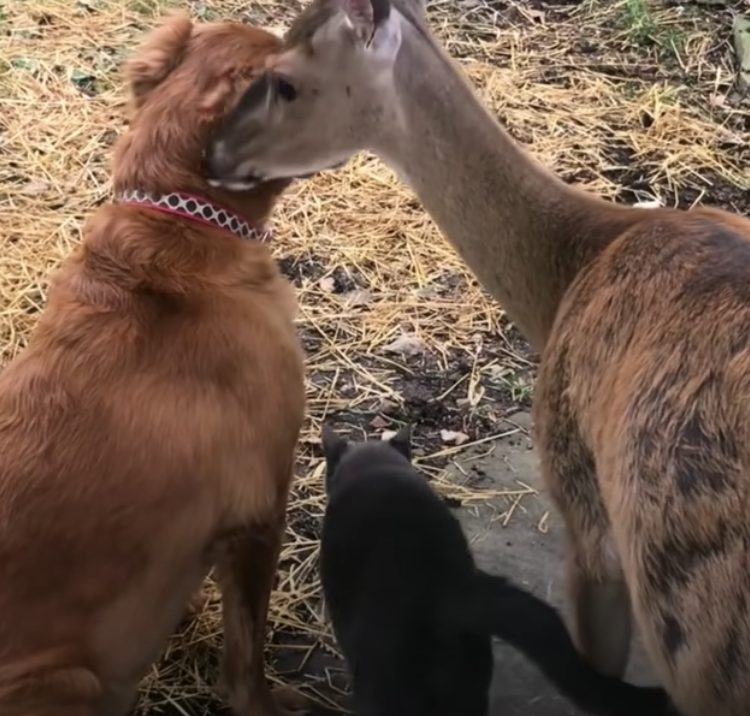 Lorrie, the human of G-Bro, when rescued the deer, didn’t know how to take care of her. One of her friends had an experience to raise a deer, so she called him to learn how to foster a deer.

After releasing Buttons to the wilds, she came back, to Lorries deep surprise. She kept visiting her kind family almost every day.

She couldn’t live without the family, who loved her and was so kind to her. One of the reasons of her daily visits was to see her best friend G-Bro. Their special bond was incredible. 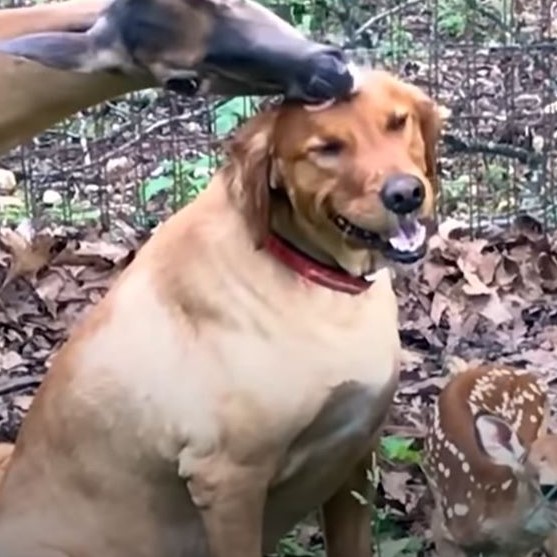 Once, when Buttons needed a help, she appeared again, showing her babies and seemed asking to support her in raising them.

Especially, she expected that help from her best friend, G-Bro, who without hesitation shared her maternal duties with her.

It was so touching when G-Bro first saw deer’s babies, he was so excited. He became their dad and adored the little creatures.

G-Bro played with them, took care of them and was a protective guard for them. He was gentle, affectionate, he licked them all the time.

So, every day, Buttons regularly appeared at the front door, as if asking G-Bro to come outside.

She even knocked with her paw at the door, when nobody answered her. When the door was open, she, without waiting for an invitation, walked in the house.

Buttons still considers herself as a part of the family. 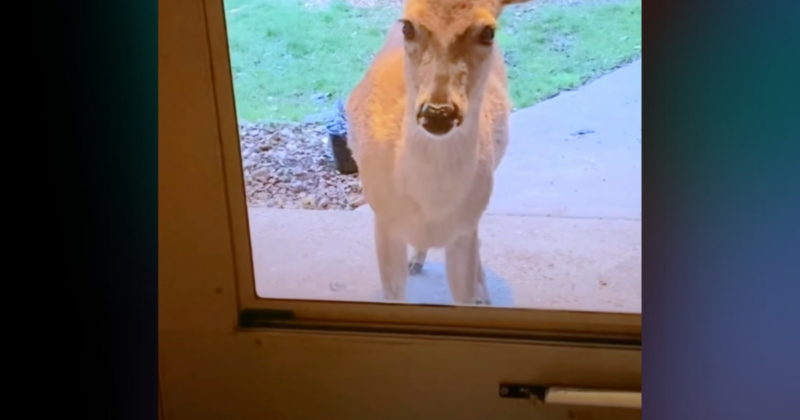 The amazing duo liked to be outside, to go for hikes, to hang out together, to play  in the snow, but their beloved  thing is to clean each other.
Hope, their 11-year friendship will last long, giving them joy and happiness.

The chain did not allow the dog to get out from under the rubble of the house destroyed by the hurricane, but fortunately she was saved
Animals
0 384