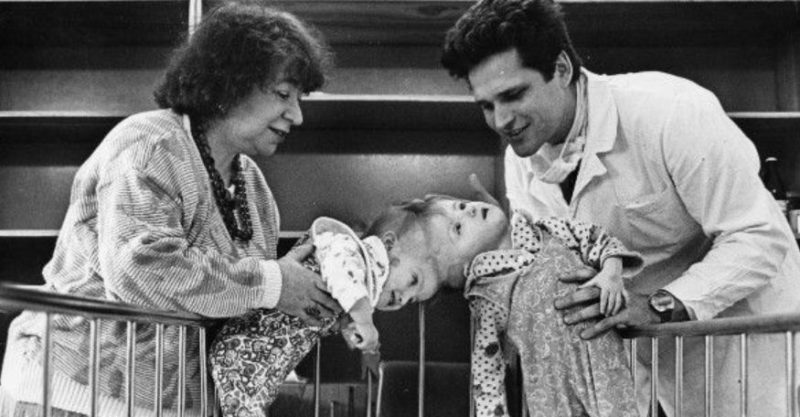 Siamese twins are very rare, but nature sometimes amazes us.

In the small town of Alytus in Lithuania in 1987 there were no examination methods to detect pathology yet. Young spouses Daiva and Brunos were expecting twins and sincerely rejoiced.

Difficult childbirth, 3600 kilos for two craniopagus. The girls were named Vilia and Vitaly. A year later, their younger brother Povilas was born.

In 1989, the spouses made a difficult decision – to separate the babies.

Neurosurgeon Alexander Konovalov was the first in the world to undertake an operation to separate Siamese twins. 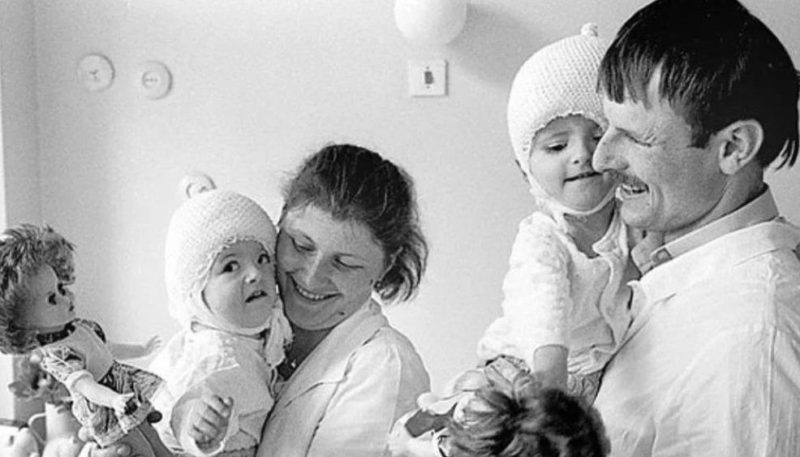 The whole world, with bated breath, followed the experiment, which could end really sad.

Doctors recalled how they brought fruits to little girls after surgery, and they ate them themselves – they fought for life and survived.

Of course, after the operation, some features in the appearance of the twins remained. Until now, the deformation of the heads does not allow wearing hair loose. But these are trifles, considering that they received a full life.

At the age of 28, on one of the television programs, Vilia and Vitaly met Dr. Konovalov. They said that they live in Vilnius, both graduated as a historian, and work in the field related to books. 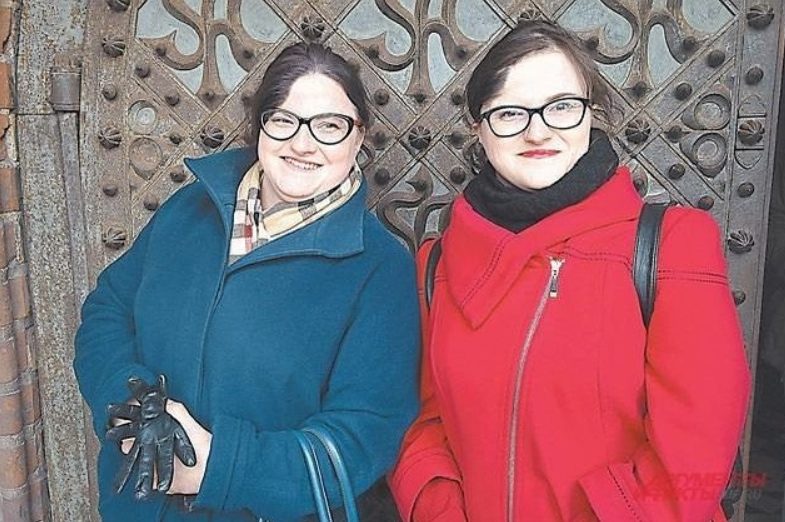 They are still very close people.

Both did not marry, because they did not find a man who looked like their father, who once selflessly did everything for his daughters so that they lived fully.

Nobody wanted to take this puppy because of his extraordinary face, however, the day came when he got lucky
Animals
0 434