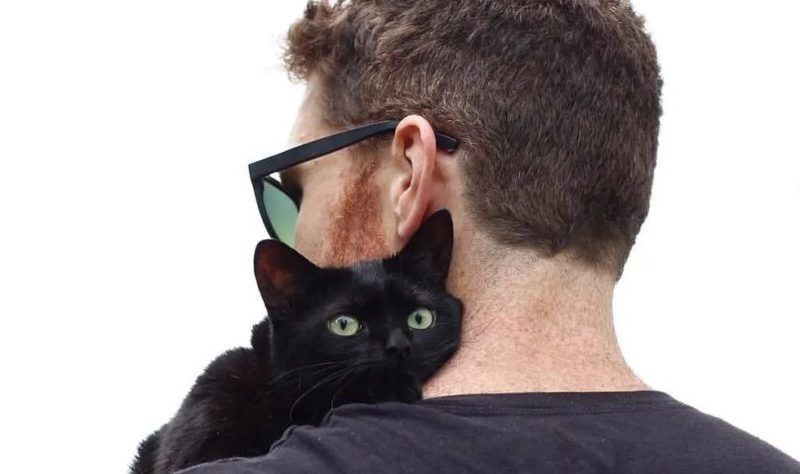 A black cat found on the street was taken to a shelter and spent six months there before deciding to take fate into his own paws.

The young black cat was given the name Mikita at the shelter. 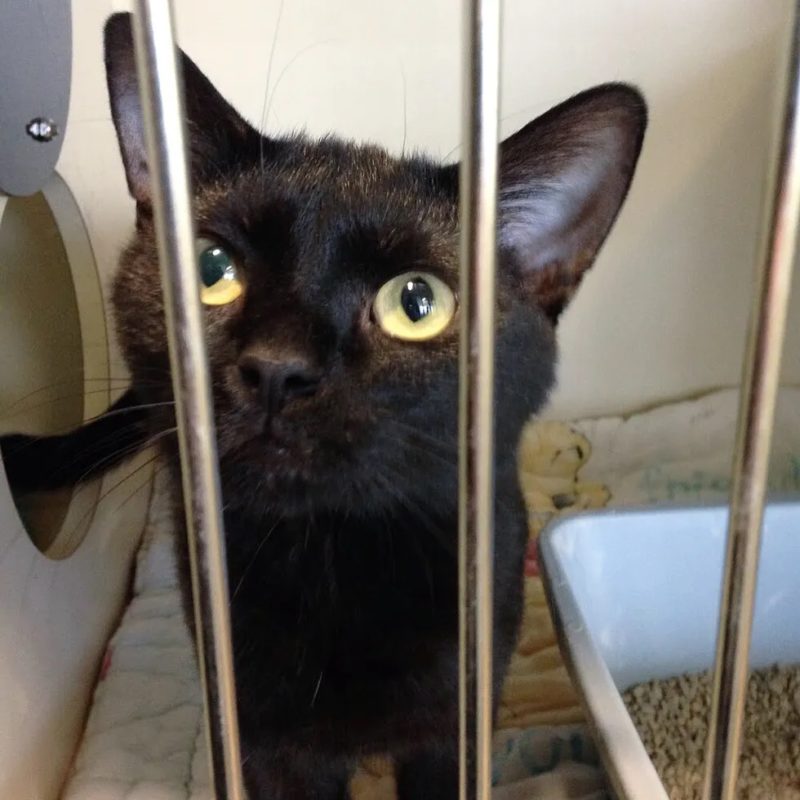 He was found on the street during a special TNR program during which street cats are caught, neutered and returned.

Thus, only aged animals gradually remain on the streets, which cannot give offspring.

They also wanted to return Mikita to the street after sterilization. But this cat turned out to be unexpectedly tame for a stray and very affectionate. 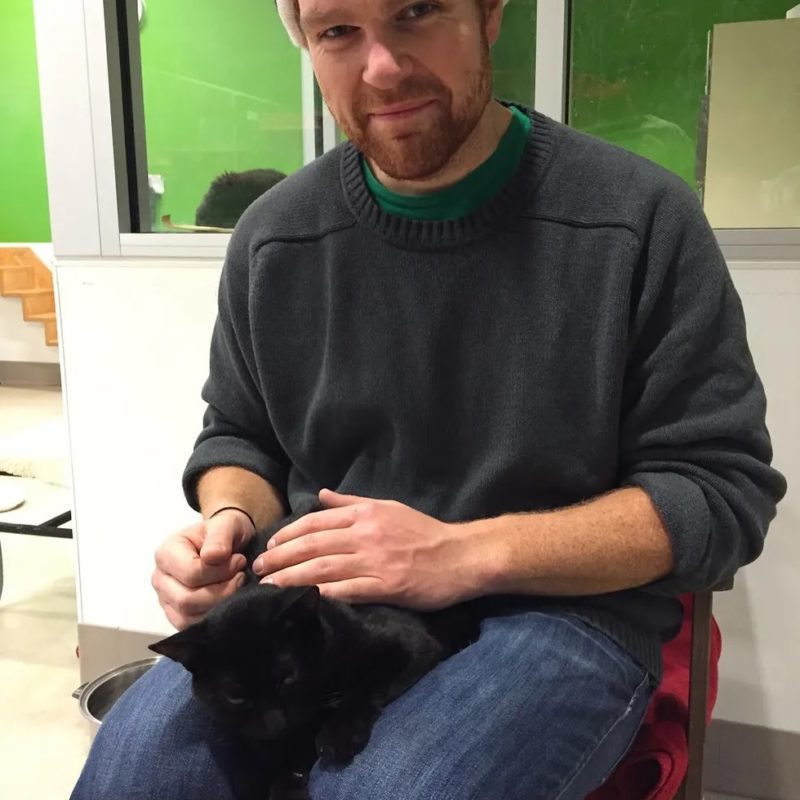 It was decided that such a cute cat should live in the house. And he was brought to the Harmony House for Cats in Chicago.

Unfortunately, black cats are not taken from shelters as often as cats of other colors. And Mikita has been waiting in the wings for six months.

And then he just got tired of waiting.

When a young couple, Andrea and Rich Williams, came to the shelter one day, the black cat immediately jumped into the man’s lap.

He not only sat down on the man’s knees, but comfortably lay down there, showing with his whole appearance that he had chosen his man.

Rich also liked this friendly cat and began to stroke him and scratch behind the ear.

After a while, Andrea and Rich left the shelter together with Mikita. 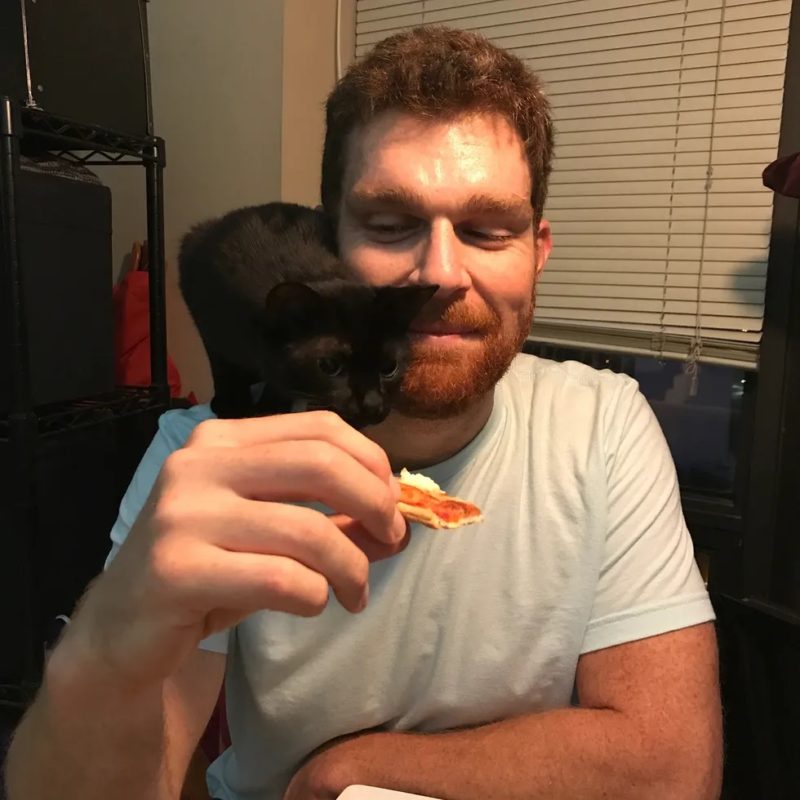 Once at the spouses’ house, the cat immediately sniffed all the corners and, realizing that this was a good place, fell asleep on the couch, as if he had lived here for a long time.

“He wandered around the house all day, and then lay or looked out the window. Then he began to run along the corridor and play with the ball that they gave us in the shelter. We were very happy to see how he got used to us so quickly. Now he sits with us when we watch TV, and he also likes to climb on a shoulder and sit there.”

Mikita also turned out to be an unexpectedly talkative cat. And when people talk to him, he meows something at them. 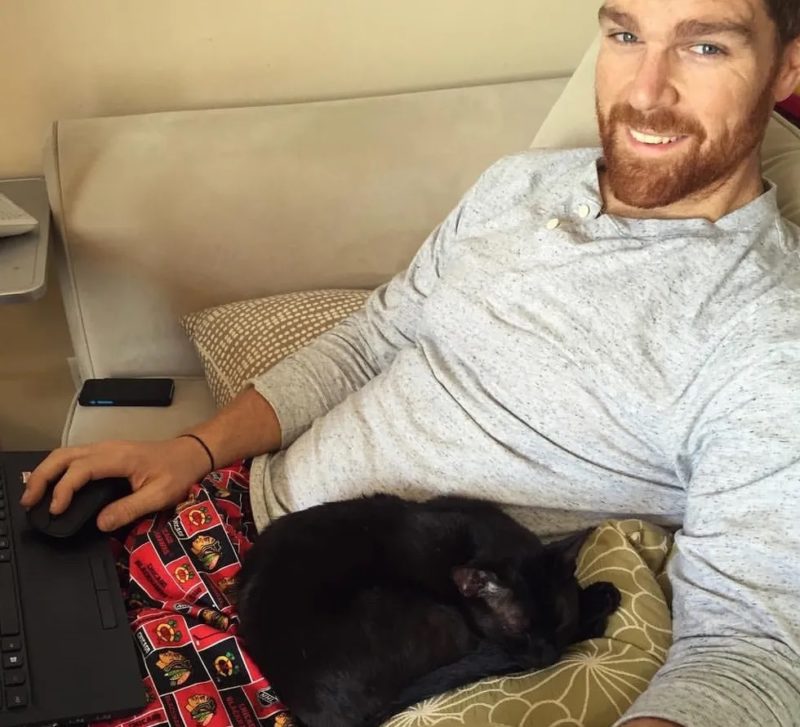 In the evening he sleeps with his people in their bed and is very happy when they come home from work. It has been 3.5 years since the Williams spouses took Mikita into their house, and the cat never ceases to please them.

The Williams consider him part of their family, and now he is almost like a child to them.