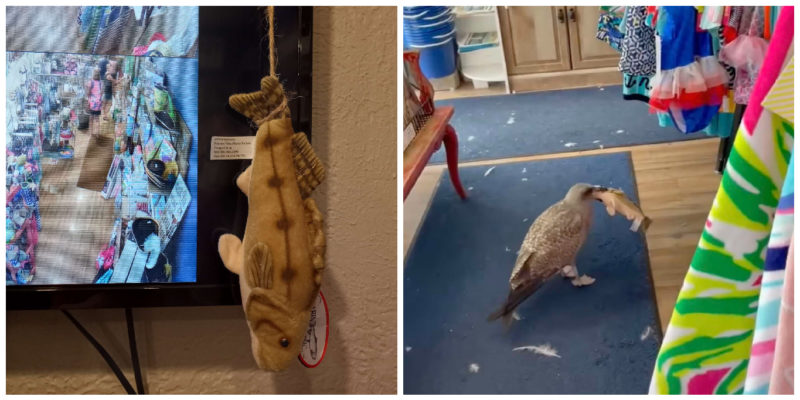 This baby has not yet learned how to fly properly, but is already trying to get food for itself.

However, the bird decided to get fish not in the river or even in the market – but in a gift shop.

The employee of the gift shop from Ohio, from which the robbery was committed, recalls that it was the most ordinary seagull chick.

In her city, seagulls nest on every roof. And when the offspring try their wings for the first time, they often just somehow fly down and continue life on the city streets. Right under the feet of passers-by.

It must have been when the chick noticed a pike perch, he took it for a real one. 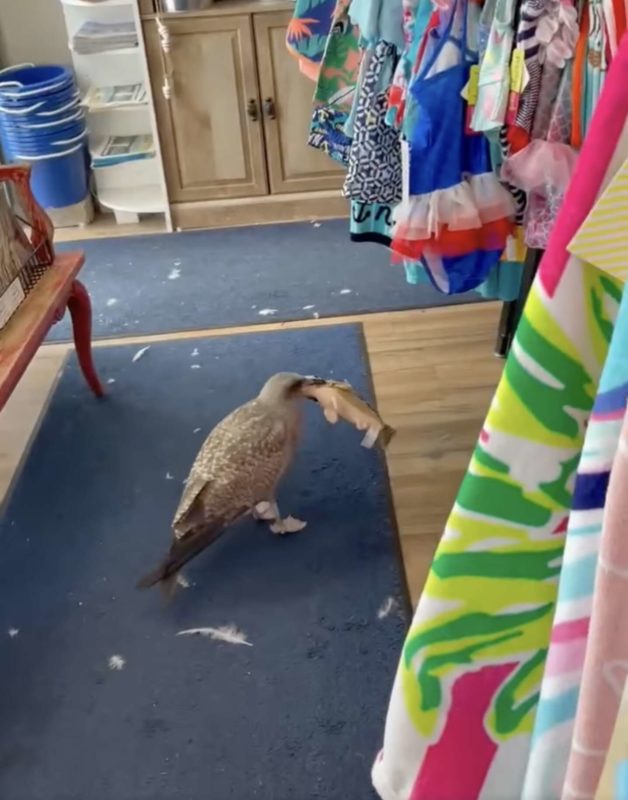 For the first time, the chick sneaked into the store, grabbed the pike perch, but was kicked away.

He left with nothing. But a seagull wouldn’t be a seagull if it didn’t try again.

It seemed to the chick that no one was looking, and once again he sneaked into the store.

And again he was expelled in disgrace. And again.

Only on the fourth time did the baby manage to catch the moment perfectly. 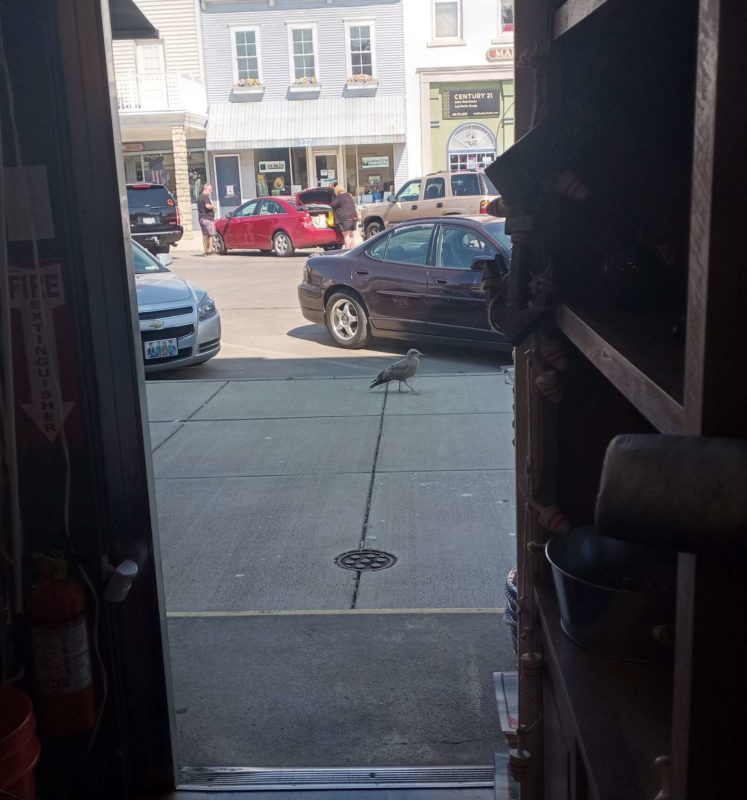 The store was full – about six customers and a saleswoman.

Someone asked, “Hey, should it be here?” And only then Kylie noticed the chick, but it was too late.

She knew who that was, the chick also knew what awaited him.

He rushed from window to window, and Kylie followed him.

She caught up with him at the very door, but the baby managed to grab the fish before dodging the saleswoman and jumping out.

Kylie and customers poured out into the street to take away the fish.

The point was, of course, not only that the woman was worried about the safety of the goods. 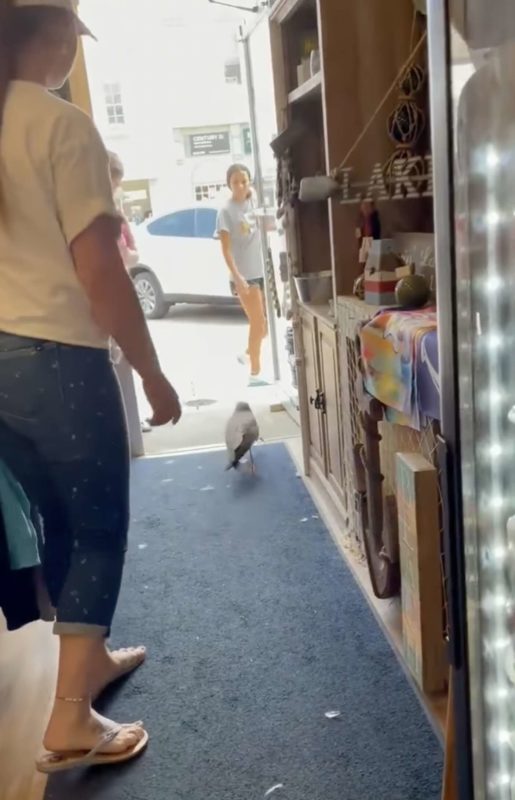 She was sure that the bird would try to swallow the fish, and the fish was a soft toy with a padding polyester inside!

A crowd of people surrounded the bird, and only then did it release its prey and fled.

Within a few days after the daring robbery, the seagull visited the store again, hoping to repeat its success.

But, barely meeting Kylie’s eyes, he hurriedly turned tail and went back out the door.

And then the bird disappeared, and the saleswoman sincerely hopes that she just learned to fly and went in search of a real fish.

And for this bird, the theft from the store was the beginning of a change for the better.

Meet the spectacular multi-colored Mandarin Duck, which considered one of the world’s most beautiful birds
Animals
0 202

The adorable trio of black-spotted horse, pony and dog who has identical look farm an extraordinary bond and  charm everyone
Animals
0 426