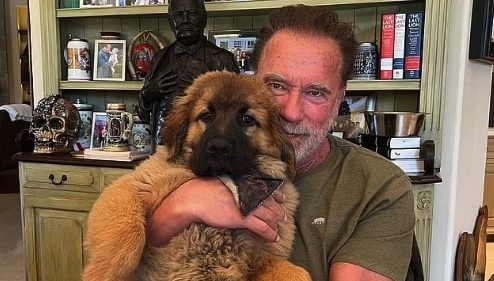 The famous Hollywood actor Arnold Schwarzenegger introduced his new pet to his 22 million follower on Instagram, whom he called the yummy name Schnitzel. 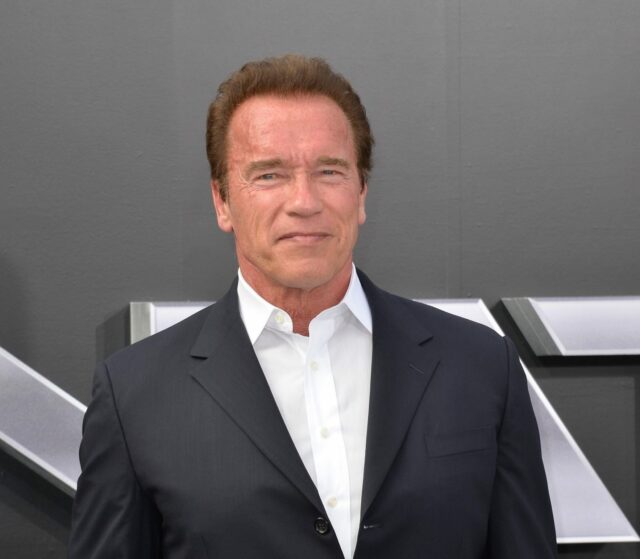 He admitted that he is already very much in love with this meatball, despite the fact that all his other pets are not used to him yet and show their teeth.

Arnold got a pet for Christmas and named him after his favorite dish. Schnitzel is also the nickname of Schwarzenegger himself.

He posted a photo of himself hugging a puppy on Instagram and captioned that he got the dog for Christmas and promised to show it to his followers. 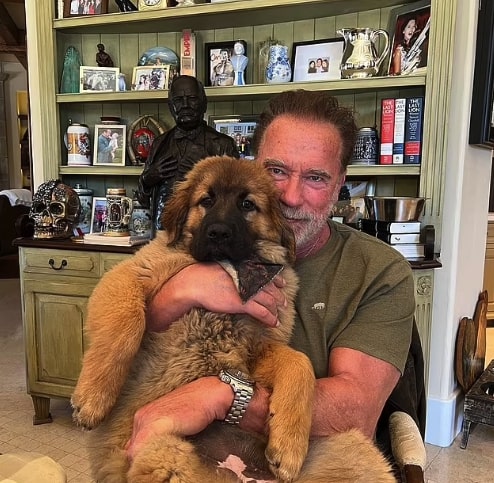 He also said that he would be happy to share photos and videos from the life of his meatball.

The famous Terminator has a full house of pets. His pet zoo includes Lulu the donkey, Cherry, Dutch and Noodle the dogs, and Whiskey the miniature horse.

Schnitzel and Dutch have already managed to become friends. But Cherry is still showing her teeth.

The donkey tried to trample Schnitzel, but the dynamics of their relationship is slowly getting better. 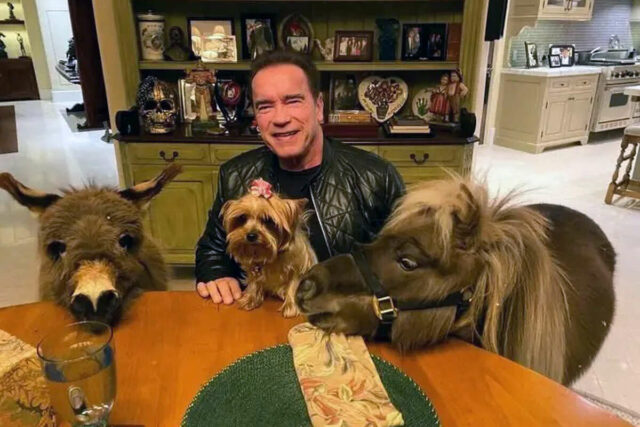 As for Whiskey, she doesn’t care at all. As long as she gets her food, she is satisfied.

Arnold admitted that he is happy that he can afford so many pets. He also said that thanks to them, he was able to endure the coronavirus epidemic.

He has a lot of fun being surrounded by these energetic animals. He also believes it is therapeutic.

Touching story by the post office. A kind woman gives a jacket to her dog
Animals
1 1558