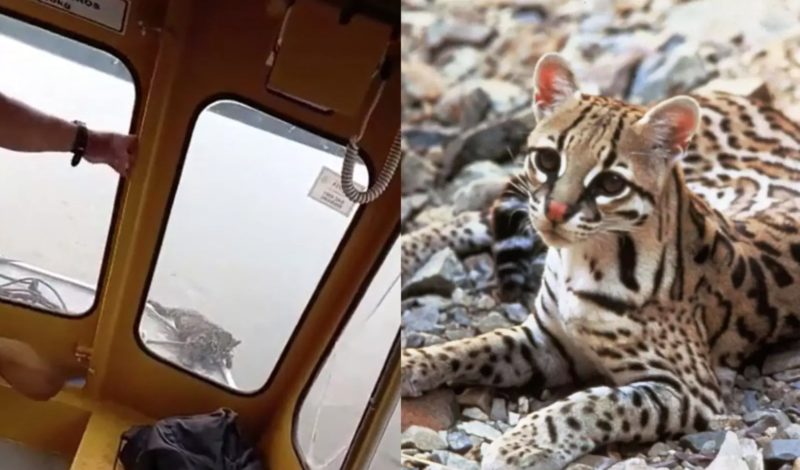 A group of schoolchildren living on an island off Sao Paulo, Brazil were heading to school by boat.

Along the way, a movement caught their attention. 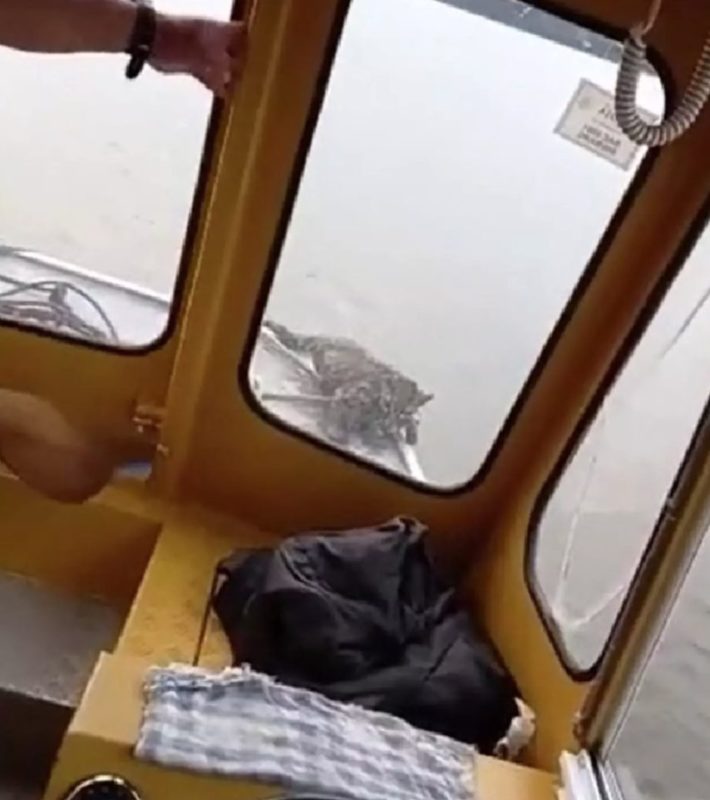 Looking closely, they noticed a baby ocelot (a type of wild cat) floundering in the water.

The kids decided that school could wait and asked Captain Jean-Claude Mendez to go on a mission to rescue the cat.

The man turned the boat around and swam towards the ocelot.

Seeing the ship, the exhausted kitten slowly swam towards it, hoping that they would help him.

With the help of an oar, Jean-Claude pulled the ocelot out of the water and left it on the deck to dry and recover.

After that, the schoolchildren and the captain brought the rescued animal to the shore, where, presumably, his mother could be waiting for him.

The children told the environmental police about the ocelot so that they could follow the place where he was dropped off and help him find a family if he could not do it on his own. 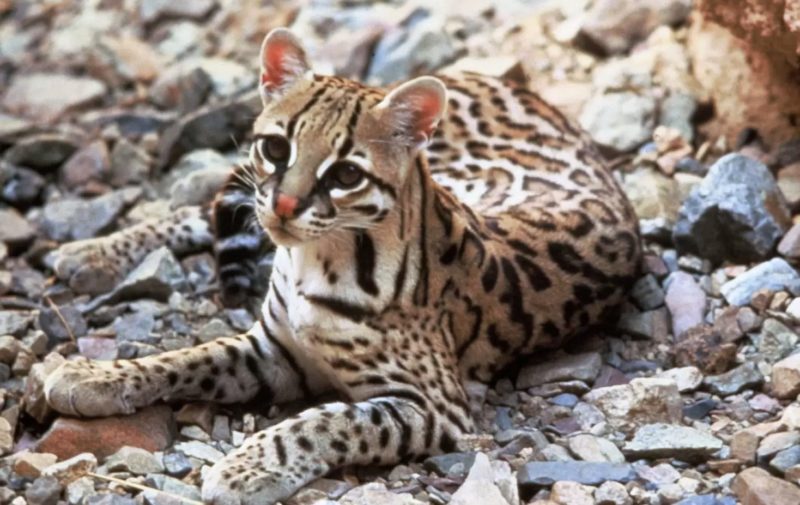 “This region is a natural habitat for ocelots and since the rescued cub was unharmed, it was very important to return him back to his family,” said Environmental Police Sergeant Augusto.

After the rescue operation, satisfied children nevertheless arrived at the school.

Diver helps shark free from nets: shark finds him a month later to show he is okay
Interesting News
0 142

A dachshund named Crusoe from Canada has become famous for his custom-made costumes.
Animals
0 103