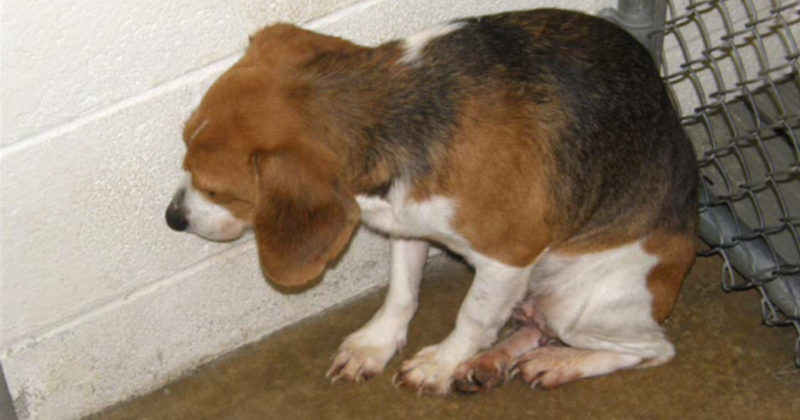 Howard Holoman went to a local animal shelter with a good purpose – to find a furry friend who needed a home. 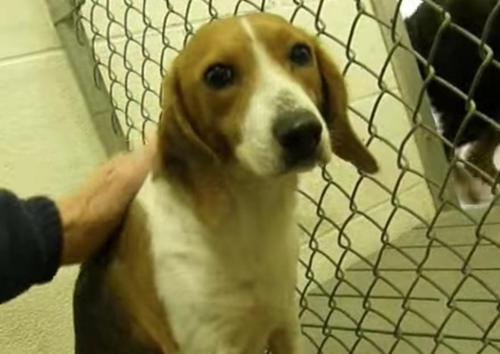 During the visit, he noticed Noodles – a lovely English hound.

Howard immediately fell in love with this beauty. But she had problems with trust in people who had bullied her all her life.

As Howard approached the dog, she crawled away in fright and cowered in the corner of the kennel.

At first, Howard had to work a little to lure Noodles out of the kennel. But soon he and the dog were already on their way home.

From the very beginning, he knew that he would have to work with the puppy. But he still decided to prove to her that not all people are as bad as the former owners.

He accepted a challenge that others would not dare to accept.

Howard already had a dog from the shelter named Weezy, and he hoped that he and the newcomer would be able to make friends. 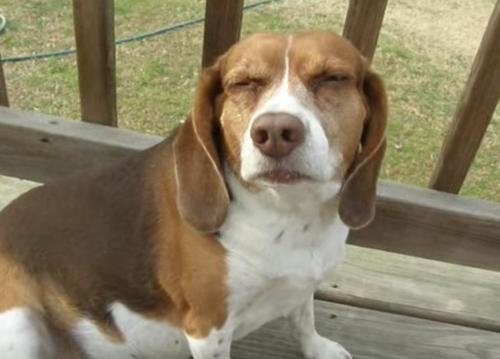 And so it happened – two dogs immediately accepted each other and became good friends.

Over time, they became attached to each other so much that now it is simply impossible to separate them!

Weezy had also lived in a shelter in the past, so he probably knew how unusual everything was for a new member of their family.

Thanks to such a good friend, Noodles managed to adapt much faster to the new house.

In just a couple of days, Noodles completely stopped worrying and realized that she now had a loving family. 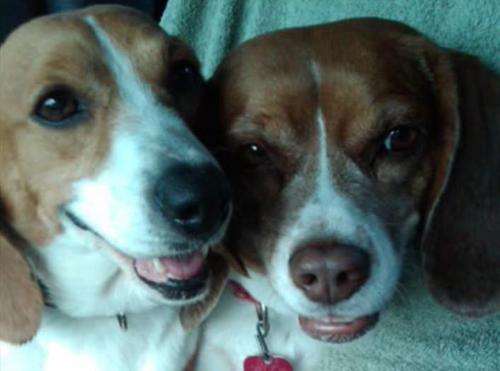 Howard took a big risk by choosing to adopt a bullied dog. However, he felt that she deserved a chance to be happy.

Howard’s act was praised by other dog owners.

It is very joyful to see how well the two dogs became friends.

The exhilarating adventures of a new-found puppy and his buddy Weezy have even been shared online.

Abandoned by his owners, the dog was taken in by the owners of the gas station and received a job
Animals
0 345

Meet Leo, the super adorable bunny that was born with no ears
Animals
0 150

Postman makes sure the dog, that is waiting for him, gets a letter every day
Animals
0 117295