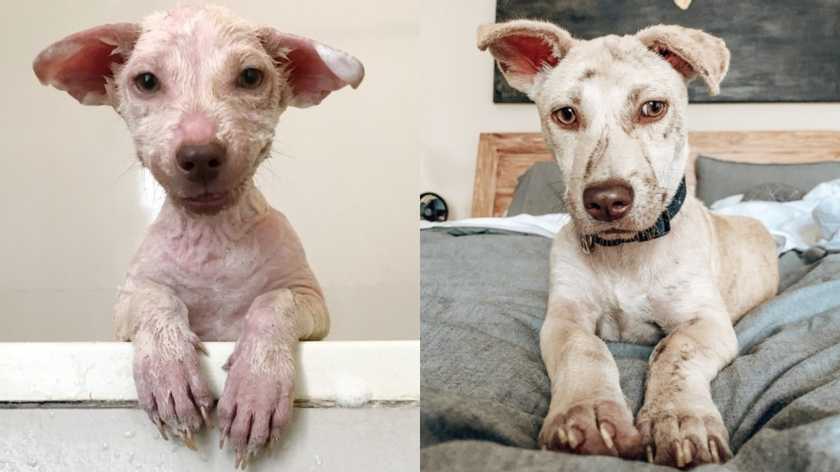 “Mission Paws’ible” dog rescue founder Prue Barber found a puppy on the side of the road.

The dog was thin and shaking, while threateningly did not allow the woman to approach him. 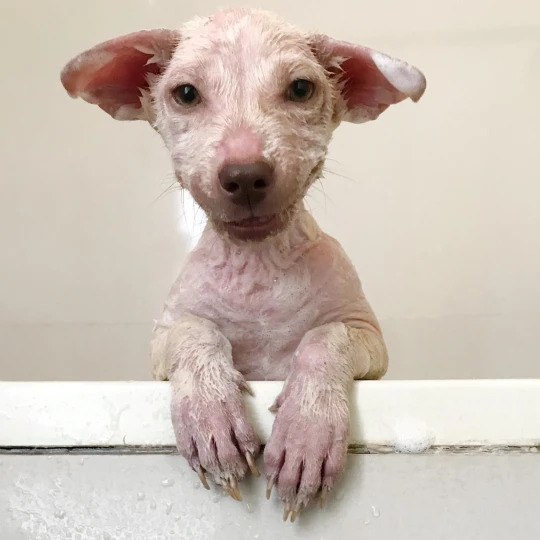 Prue Barber noted that she had terrible eyesight, so at first she thought that there was a plastic bag on the road.

However, when she got closer, she realized that it was a puppy.

Trucks, cars and motorcycles drove around, avoiding him, but no one stopped.

The woman barely managed to put the puppy on a scooter and take it to her home.

There he was so frightened that he didn’t leave the laundry room for a week because he didn’t trust people at all.

Subsequently, the puppy, who was named Murphy, began to leave his “hideout” and even allowed himself to be stroked.

“For Murphy, trust was a major issue. He was very afraid of people. But a week later he began to cuddle up to me when I was sitting on the couch. Now, when he sees a person, he needs about 5 minutes to study him, and then he just walks up, wags his tail, flops on his knees and looks into the eyes,” Prue remembered. 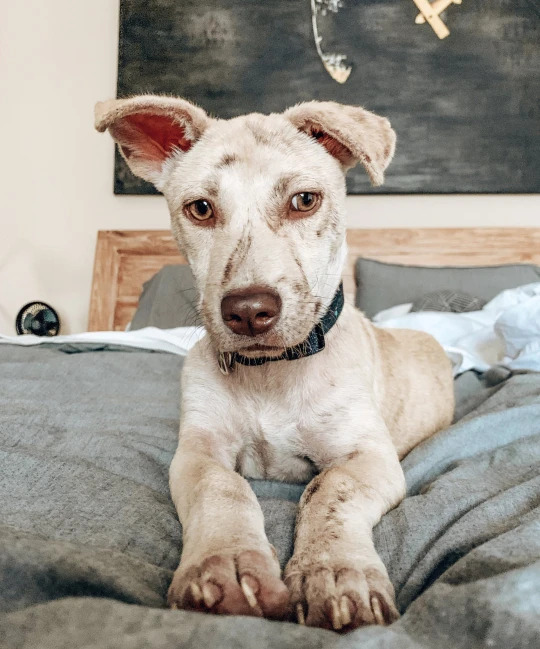 Murphy was also given another special nickname – “Mad Dog Murphy”.

“At certain times of the day, he will run like crazy and fill the whole space with himself. He even makes older dogs play “chase”. In addition, he can approach dogs that do not want to do anything with them and lick their mouths. Then even they succumb to his grace,” said Prue.

Prue noted that the most important thing in working with such dogs is patience and time. 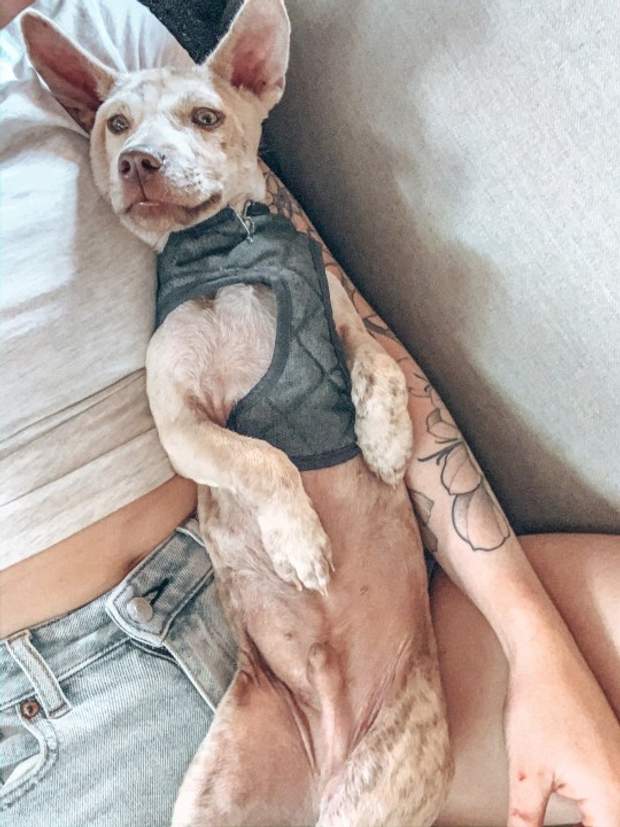 Sooner or later, even the most incredulous and frightened dog changes when he realizes that he is loved and taken care of.

“Now Murphy is pure happiness. He is a real artist and a crazy good dog. I want people to know that anyone can save an animal. All it takes is a little empathy, kindness and patience. Rescued dogs are always very grateful for a second chance they were given,” added Prue Barber.

In California, the owner of a house burned down in a fire found her miraculously saved cat
Animals
0 157

In Canada, the cat who went missing 12 years ago is finally reunited with his owner
Animals
0 121