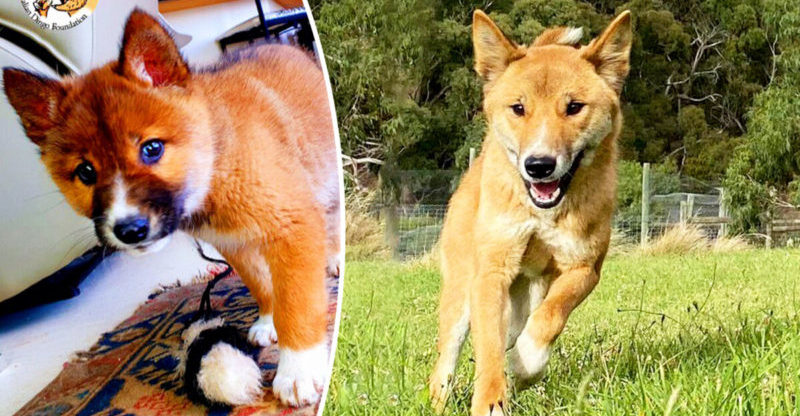 In August 2019, Jayne Guiney, a resident of the Australian city of Wandiligong, found a cute red puppy in her backyard.

He whined loudly and clearly asked for help.

On the back of the animal there were small wounds, similar to the marks of the claws of a large bird. The predator probably picked up the puppy in the air, but then threw it to the ground. 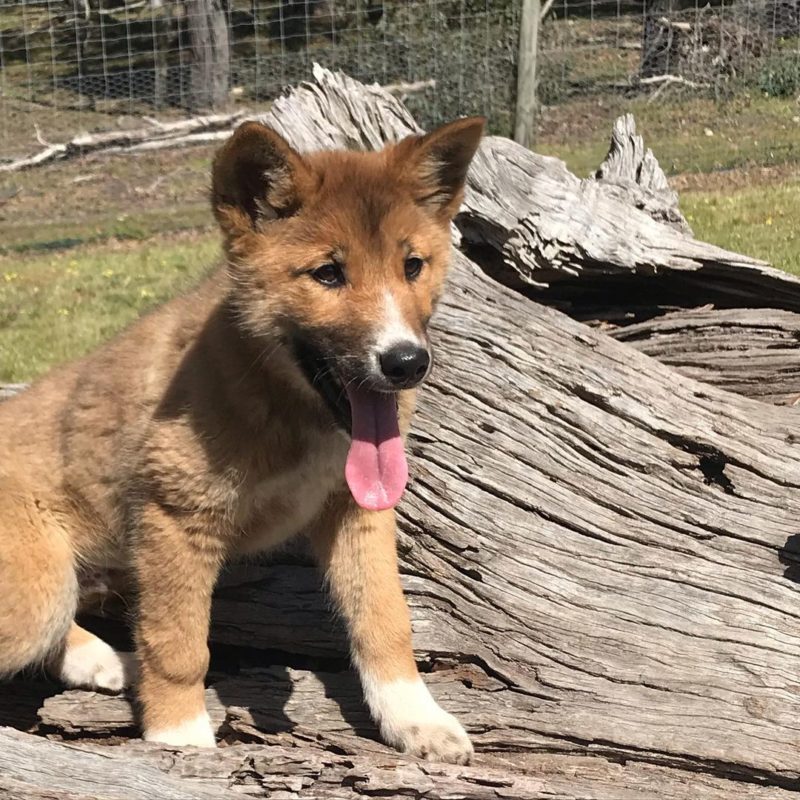 Jayne took pity on the foundling and took him home, where she gave him water and food, and then showed him to the veterinarian at the Alpine Animal Hospital.

By the appearance and “voice” of a small patient, the specialist determined that he was in front of a wild, not a domestic animal.

To “identify” the foundling, he sent his DNA samples for genetic analysis to the University of New South Wales. 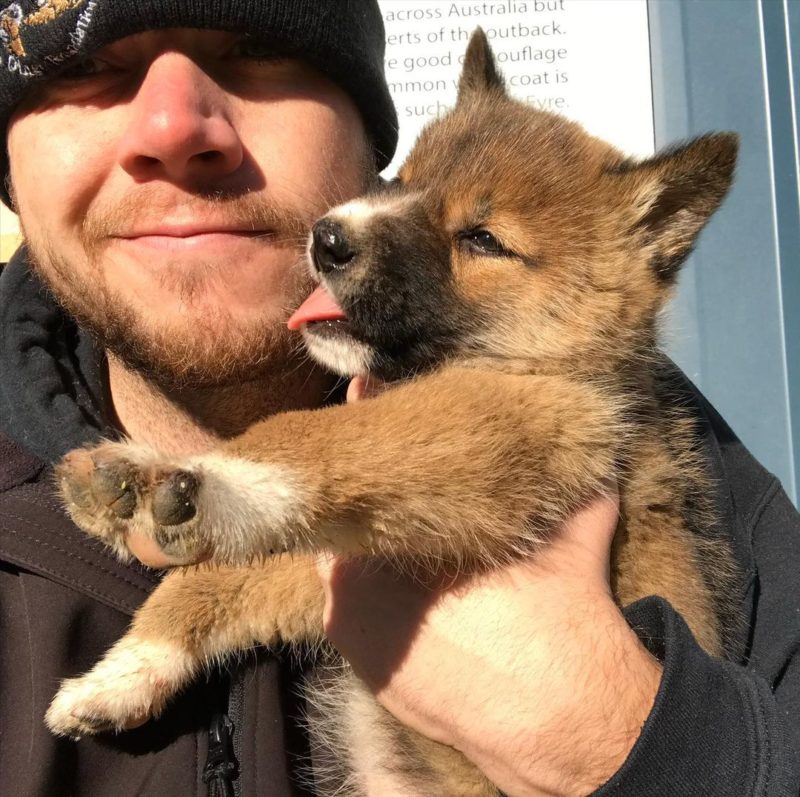 They had to wait several months for the result, but it amazed everyone: Wandi (that was the name of the puppy) turned out to be a purebred alpine dingo!

This subspecies of the wild dog dingo is on the verge of extinction.

Wandi was sent to the Lyn’s Dingo Discovery Reserve and Research Center.

According to reserve manager Kevin Newman, wild dingoes have always been considered a threat to livestock.

In the 18th and 19th centuries, they were demonized and exterminated in countless numbers.

Although in reality these animals need very little food – about 350-500 grams per day, which can be equated to the weight of “a couple of well-fed lizards or bush rats.”

For many years, scientists and researchers have not found traces of purebred dingoes in Victoria. 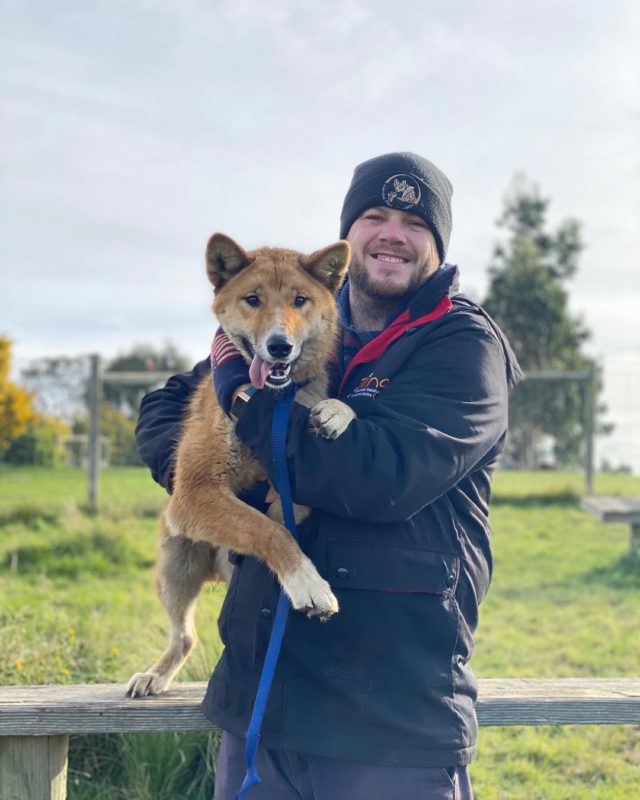 Wandi became the first member of his species to survive and continue his lineage.

A mate was found in the reserve for a rare animal. And this year Wandi became the father of six puppies.

Thanks to the wide coverage of Wandi’s story on social media, the rare animal has become a real star.

One of the Australian artists even painted a full-length portrait of a dingo, giving the picture the proud name “Lord Wandi”. 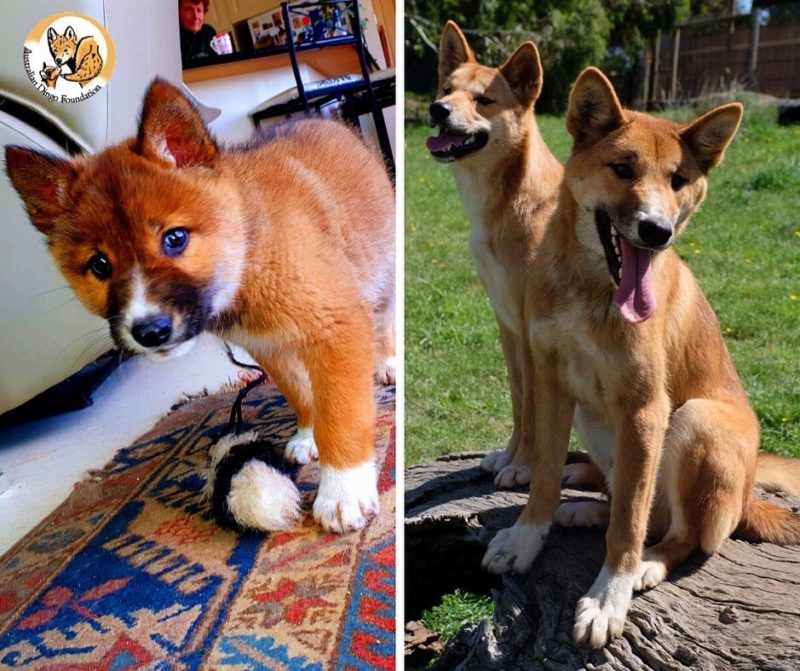 Wandy’s adventures also became the basis for a children’s book, which was published at the end of September.

Its creator is the Australian writer Favel Parrett.

In the reserve, the appearance of Wandi is considered “the answer to their many prayers.”

This unique creature – and four other alpine dingoes that arrived after Wandi – is entrusted with a responsible mission to revive the “pure genetic material”.

This man turned his farm into an animal shelter, which has not only dogs and cats, but also other animals in need
Animals
0 520