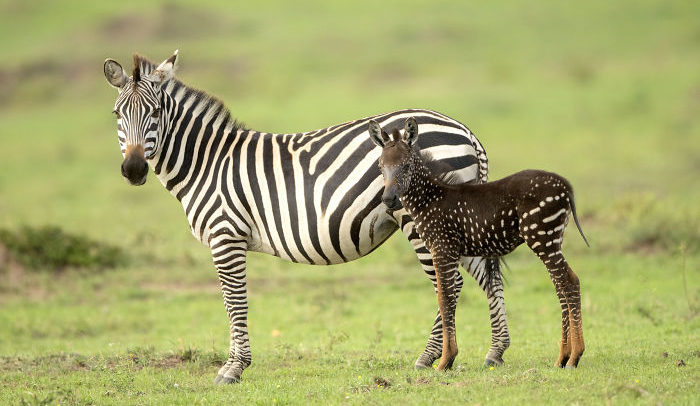 In the Kenyan reserve of Masai Mara, there is a stir. Everyone wants to see a new beauty, a zebra foal named Tira.

It was recently born, but has already become famous for its color. 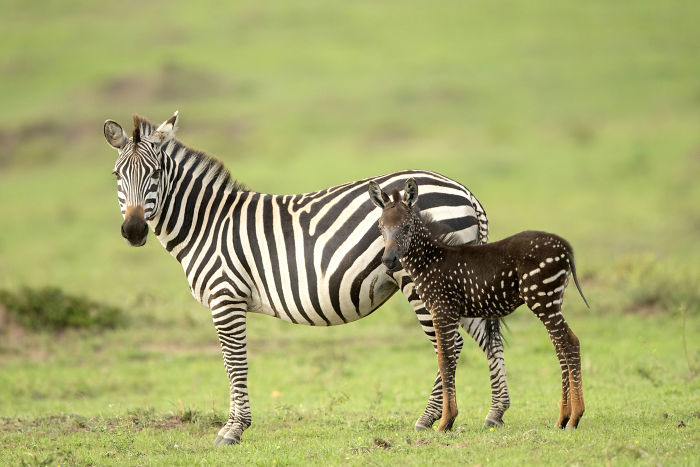 Unlike black and white relatives, the baby is brown with white spots.

And he not only looks unusual, he is truly unique.

The reason for the unusual and, to be honest, attractive appearance of Tira is the phenomenon of “melanism”.

The many times increased concentration of the melanin pigment makes usually light creatures dark, which gives rise to various rumors and legends. 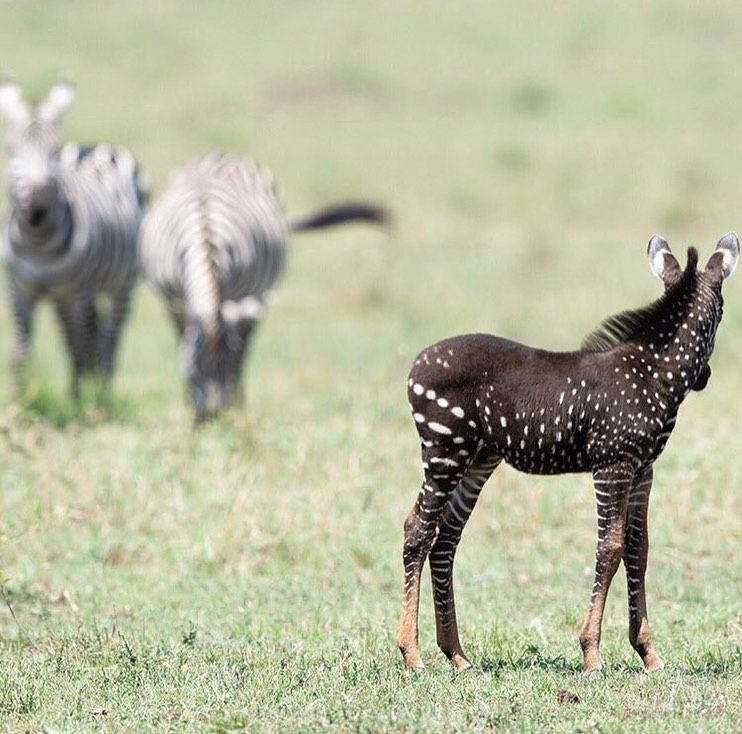 For example, the black panther is just a very dark leopard, in which the traditional specks are almost invisible.

Tira is just that, a dark background and bright spots, of which there are very few stripes, more of a circle and a point.

The difference is most noticeable when Tira is with her mother. He is still very tiny and needs milk.

Scientists are very interested in this foal. Because there is a refutation of the principle according to which only a few animals with melanism survive by chance. 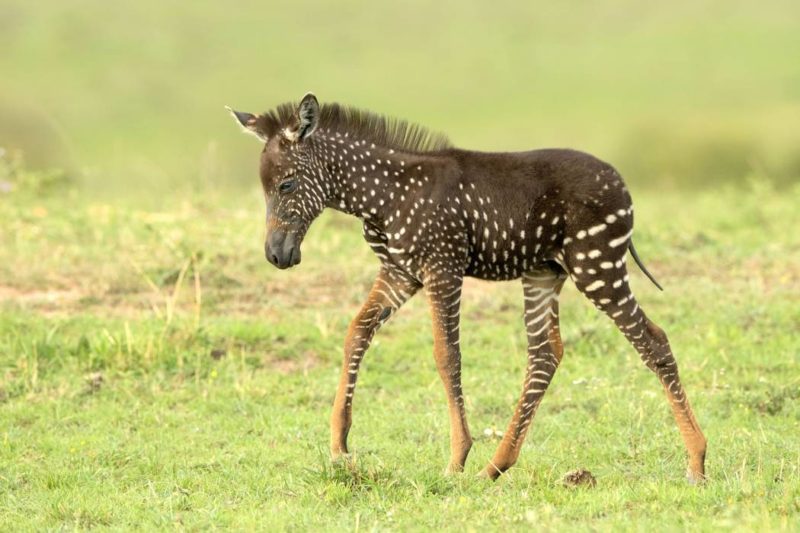 They are too noticeable, they stand out too much against the background of the rest, they often become the prey of predators and are often rejected by their relatives.

But with Tira everything is different, he calmly walks in the herd and no one touches him.

Moreover, no special attention has yet been noted on the part of animals, if we do not take into account people.

But those are also not allowed to the zebra.