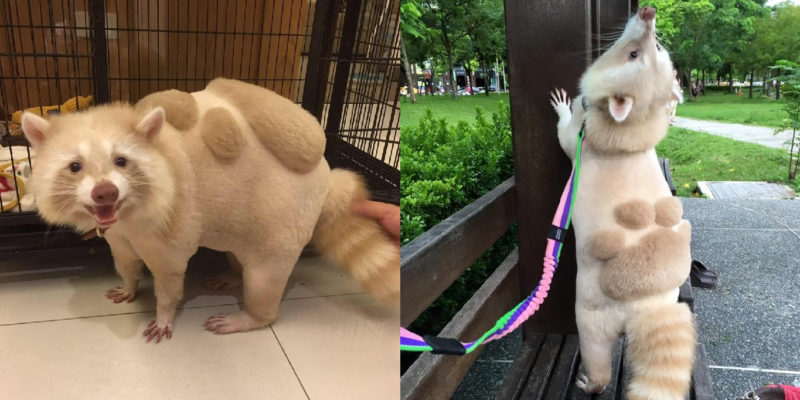 Together with his owner Joyce Tai lives in Taiwan in an ordinary city apartment. 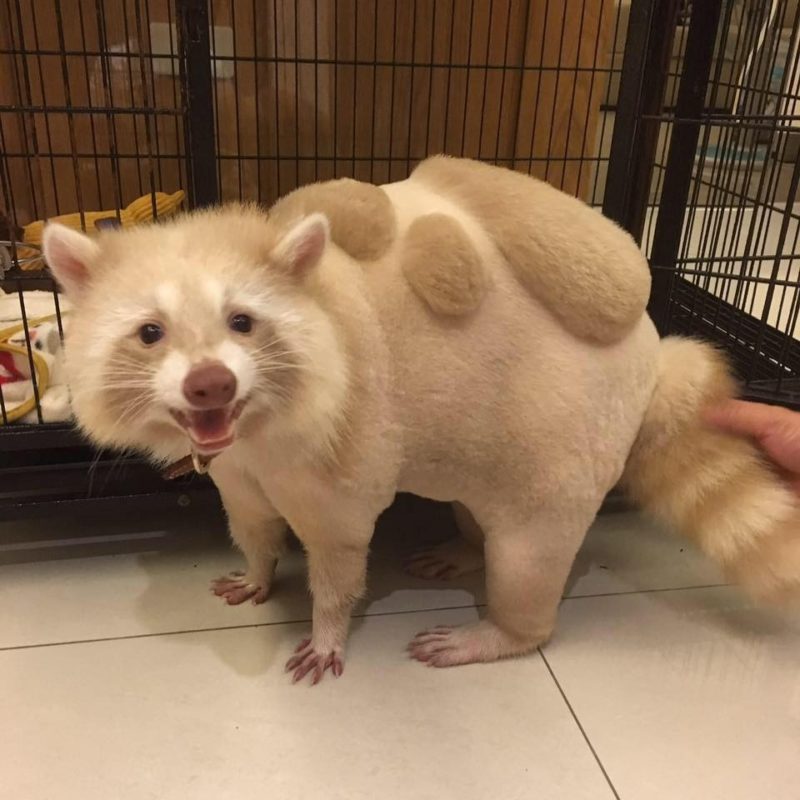 Until recently, Yuni was not much different from his fluffy relatives, but now he is fashionista, the owner of a cool haircut.

And, as usual, the star of the Internet.

Every year, 33-year-old Joyce takes Yuni to the mandatory vaccinations, before which he has to shave off his hair. 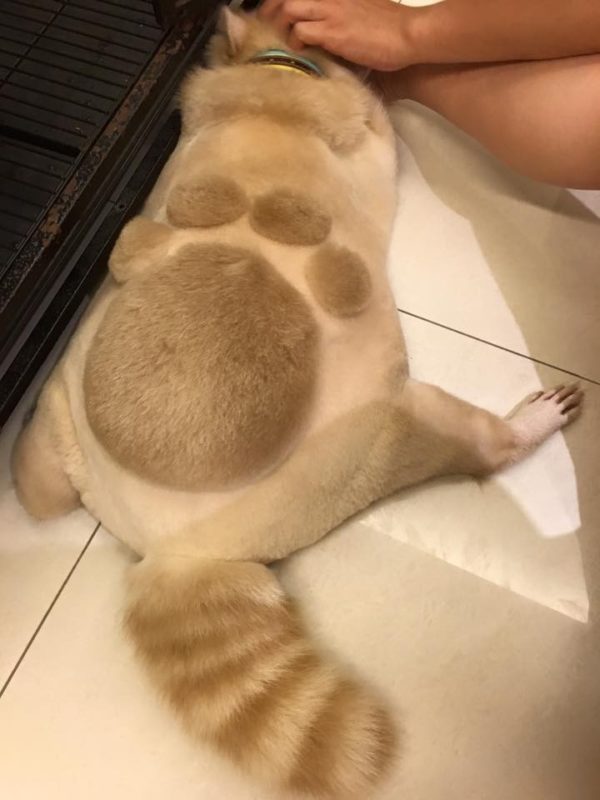 So the animal hairdresser offered not just to shave the raccoon, but to give him a creative haircut.

No sooner said than done: the groomer shaved the fur on the belly and sides of the animal, and left a luxurious convex pattern in the form of a large animal paw print on the back.

Now Yuni looks funny – it’s not for nothing that thousands of fans from all over the world visit his accounts on social media.

Joyce posts new photos of her pet almost daily and talks about his adventures.

By the way, according to the owner, as a cub, the raccoon wasn’t pretty, and nothing foreshadowed that he would turn into an Internet celebrity.

Joyce says she has no intention of taking advantage of her pet’s popularity:

“I am an ordinary working woman with an average income. I love posting pictures of my pet on the Internet, and I’m glad that others like them. I just want to give people a little joy.”

The new haircut was to the taste of both the raccoon and its owner, because it is much easier to take care of the animal’s hair, which used to be constantly tangled and had to be carefully combed out. 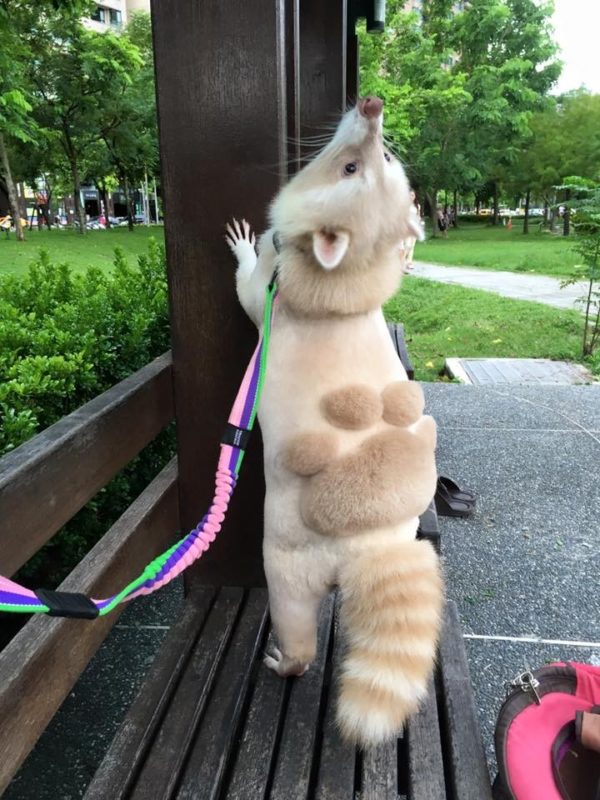 And Yuni in the warm Taiwanese climate was too hot in his thick fur coat.

Now, the back of the animal is decorated with a curly pattern. With a new haircut, the animal is not so hot. Raccoon fur no longer rolls.

Yuni became a real star of the Internet – at first in China, and then gained recognition all over the world.

Animals 0 21
A year has passed since the owner of this cat passed away. But since

Animals 0 29
Jean heard about the puppies in need of rescue. The pups were in rural

Cool Videos 0 66
Animal psychologists say that pets, and dogs in particular, do not understand our going

Three rescued friends, a black bear, an African lion and a Bengal tiger have been inseparable for over 15 years
Animals
0 544

Kind-hearted postman makes sure the dog, that is waiting for him every day, gets a daily letter even when there isn’t any mail
Animals 0 116509