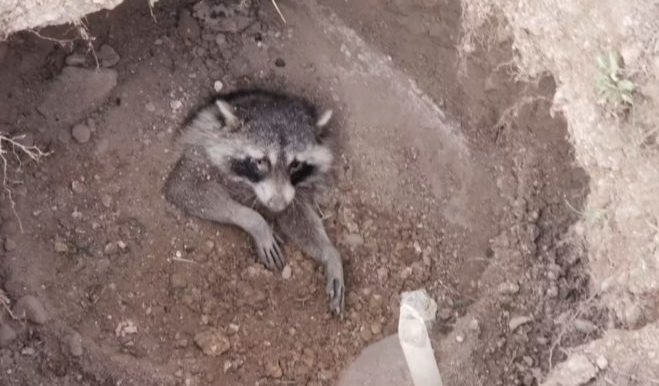 Texas resident Dray McMillon, along with his sons – 14-year-old Daiton and 12-year-old Rylen – returned home after a short vacation.

There were still a few hours left before sunset, and the family decided to take a walk in the forest.

There, Daiton and Rylen stumbled upon several animal holes, one of which was littered with earth. 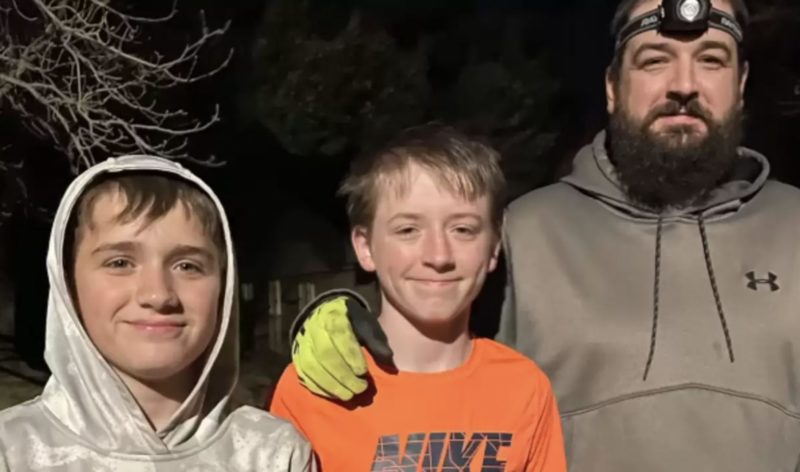 Looking closely, the teenagers saw a raccoon in it.

The poor animal was buried up to its throat and could not get out of the trap.

The guys themselves could not pull the raccoon out of the ground, since the animal was at the bottom of a meter-long hole, so they called their father and asked him for help.

Upon closer inspection, things turned out to be bad.

It is not known how long the animal had been in the ground, but it looked exhausted.

He was choking and desperately trying to get out, but he no longer had the strength. 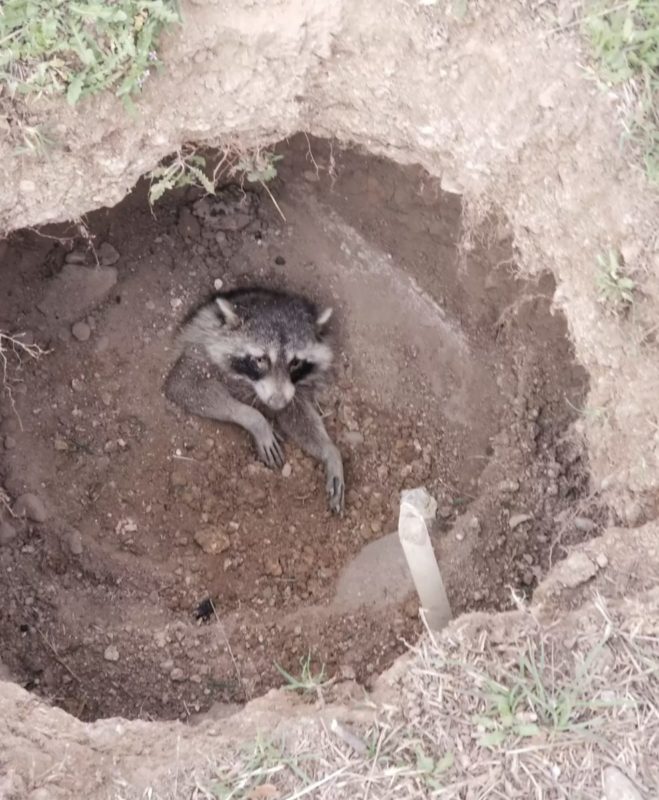 Daiton and Rylen found him just in time – a little more, and the dehydrated raccoon would have died for sure.

With the help of a spatula and hands, Dray, together with his sons, began to dig up a forest dweller.

Soon it began to get dark, and the family decided to call for help from volunteers from the Wild West rehabilitation center, who had more experience in rescuing animals.

After several hours of work, the raccoon was finally free.

Fortunately, doctors did not find any health problems in the beast other than dehydration.

After the restoration of the water balance, it could be released again into the wild.

Daiton and Rylen were pleased to see the animal they had rescued run into the woods, safe and sound.

They are happy to be in the right place at the right time. After returning home, the children shared their impressions of what had happened with their parents for a long time.

“I can tell they won’t be able to forget this story anytime soon,” Dray says.

Interesting News 0 16
Siamese twins are very rare, but nature sometimes amazes us. In the small town