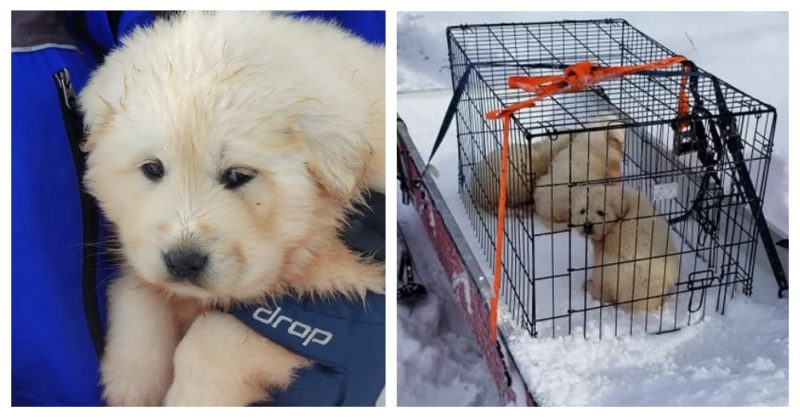 Animal rescue stories with a happy ending are always inspiring.

Some of them are so amazing that they can hardly be believed. 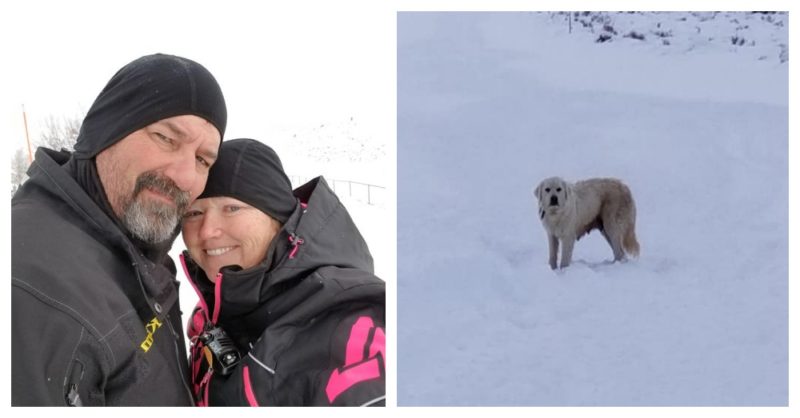 One of these stories happened in the endless snow-capped mountains, in the middle of which three puppies were found alive.

Near West Haven, Utah, locals Holt and Kat Perry on snowmobiles find a lone dog in the middle of a snowy desert.

It was clear from her saggy belly that she should have puppies, but they were nowhere to be seen. 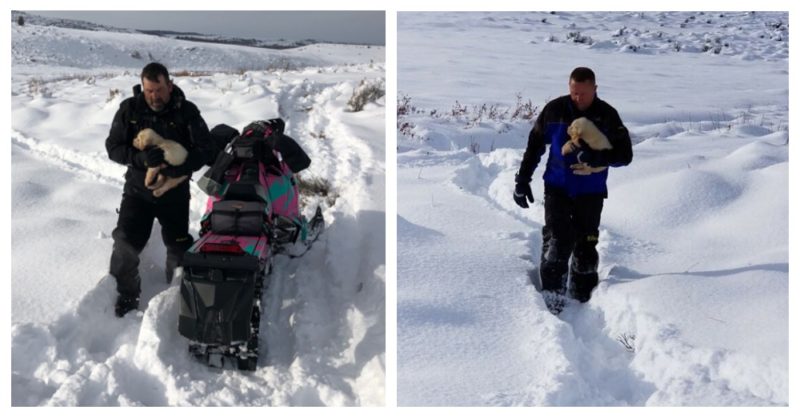 The animal growled, did not let them approach. So they had to leave her and go in search of puppies.

It took a lot of time and effort. They were found far up the mountain, right in the snowdrifts.

White babies were not easy to find – they merged with the snow, which in this case almost cost them their lives.

People loaded them into snowmobiles and went to warm them up in a dwelling.

When the puppies were brought to the clinic, the doctors were surprised how they managed to survive at all.

The people who found them said that next to the puppies in the snow were the remains of a sheep’s carcass – apparently, their mother ate it.

The puppies were hypothermic, but alive and even quite healthy.

Most likely, the mother dog protected the flock of sheep on the mountain during the summer, which is typical of Great Pyrenees.

Experts suggested that the puppies and their mother lived in the carcass of a sheep. 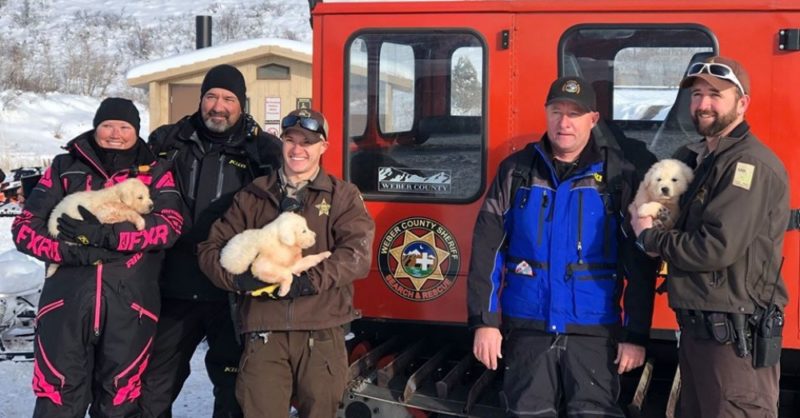 The puppies, two boys and a girl, were probably the only survivors from the larger litter.

Volunteers are still looking for their mother.

In the meantime, the kind people who found the babies decided to keep one of them for themselves.

They named him Polar.

The adorable baby elephant was caught chewing sugarcane, so he tried to hide behind a narrow pole believing that no one could see him
Positive
0 284

Dog missing parts of brain was rescued from euthanasia and is now “the happiest dog in the world”.
Animals
0 247

Villagers stopped harvesting field to save 5 cubs of a jungle cat, a protected species
Interesting News
0 104