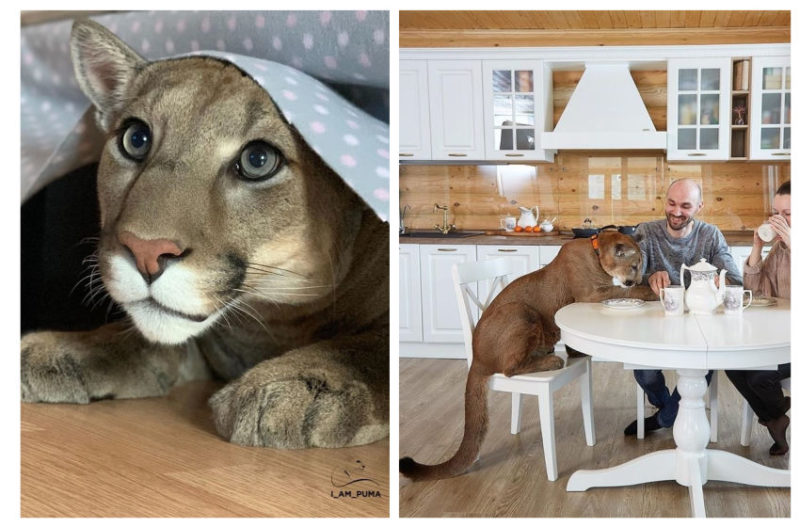 Aleksandr and Mariya from Penza, share their small apartment with a huge puma, named Messi. They noticed the beautiful creature first at the Saransk Zoo and felt in love with him immediately.

The wild adorable animal was only 8-months-old, who had some health issues. 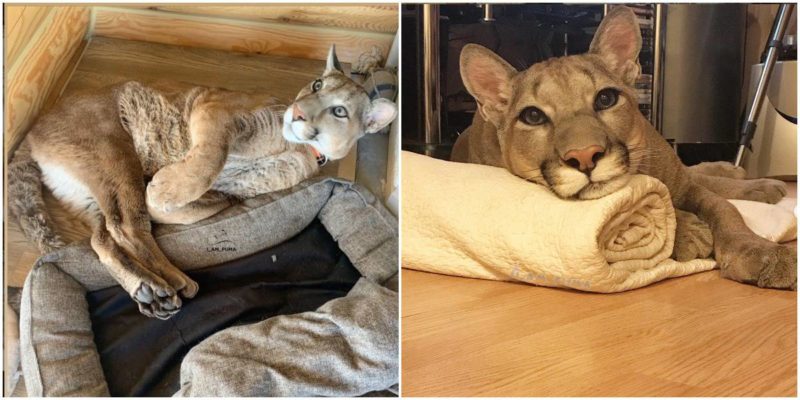 Zoo couldn’t take care of the ill puma, and, as it was nonsense to release him to the wild, because the sick puma wouldn’t survive there, so they had no other chance, but to put him down.

Fortunately, the nice couple was there to save the poor cougar’s life. After a short negotiation with the Zoo, Messy was sold to Aleksandr and Mariya. They believed having a puma as a pet was somehow a destiny. 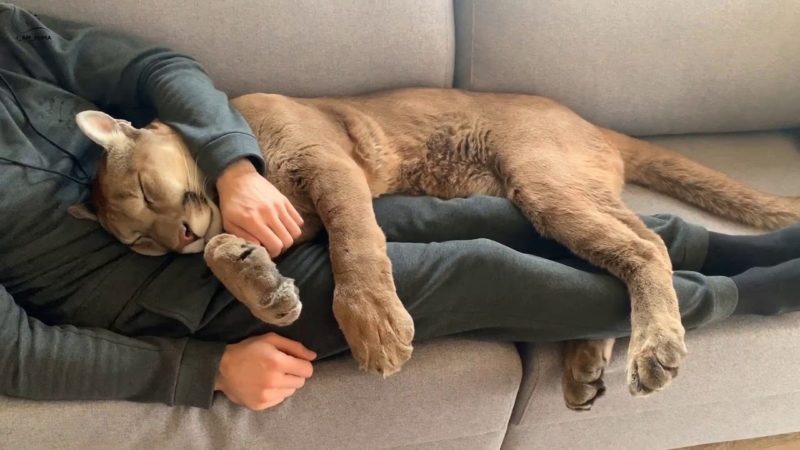 It was a challenge for them to take care of this wild ill animal, who needed special care and medical treatment.
But thanks to the efforts of Messy’s parents, he has recovered, though he has a half the size of the average cougar.
Messy has a routine to go for a walk twice a day.

He attends to the dog training school, as the couple couldn’t find a wild animal handler. Now he replies to 10 various commands. 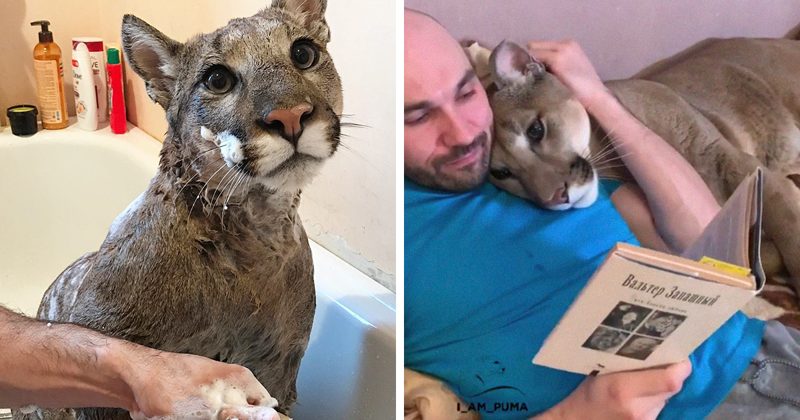 Messy is a very kind, lovely, big pet, who has all the manner of a common cat. Though Maria and Aleksander’s apartment is small, they managed to make it so, that their big pet feels there comfortable.

Their anteroom looks like a den with a hiding hole, bamboo walls and a tree.

Messy is sociable, he likes to interact with people. The beautiful animal is also a star on the social media pages.

Of course, there are people criticize them to keep the wild animal at home as house pet, but the couple think that it’s an exceptional case, as Messy is very special, and he couldn’t survive in the wilds.
To learn more about this beauty of nature, please, watch here:

While the owners are not at home, their dog steals bread, hides it, but does not even eat a piece
Animals
0 341

After three long years, an elderly dog lost back in 2017 is back home to her loving family
Interesting News
0 616
Our Top Posts