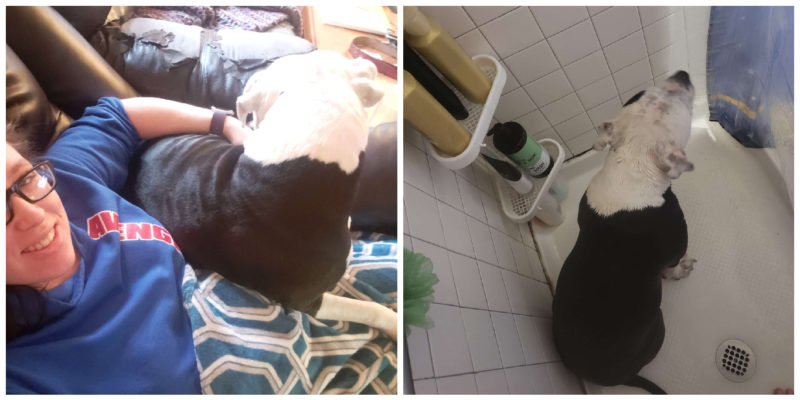 A dog named Diz lives with the owner since puppyhood and is very much attached to him.

When the young man got married, she immediately fell in love with his wife.

A warm relationship has been established between the girl and the pet. So Diz constantly wants to be sure that the owner is safe and happy.

The guy’s wife, Brittany Johnson, says that the dog has become her protector and guards her all the time, especially when her husband is not around.

Several months ago, the couple found out that they would have a child. Diz definitely felt it, and for the first few weeks she lay putting her face on Brittany’s tummy.

One day, Diz decided that she simply had to be with the owner all the time, wherever she went. Just in case the girl and the future baby need something.

Diz keeps her eyes on Brittany, no matter what. Recently, the girl was taking a shower, and the dog was sitting nearby – on guard. 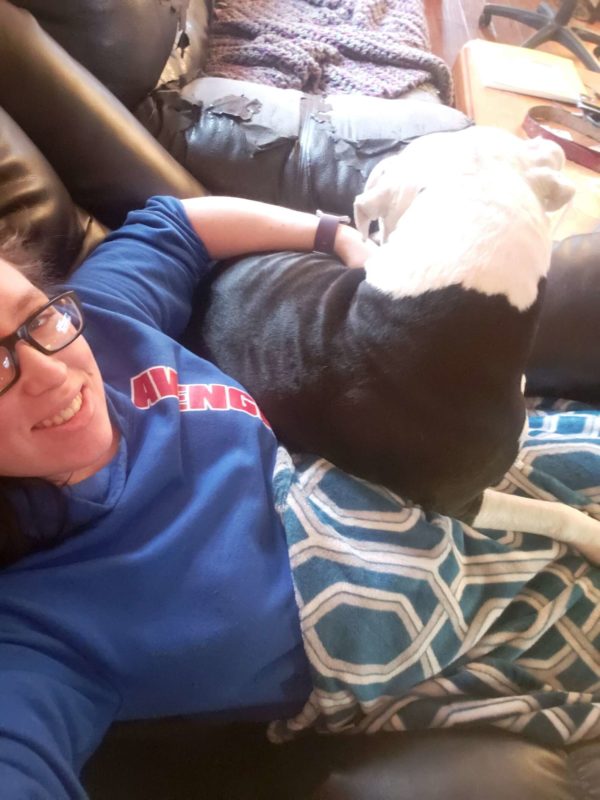 After some time, it seemed to the pet that Brittany had been there for a suspiciously long time, so she climbed right up to her to check if everything was in order. 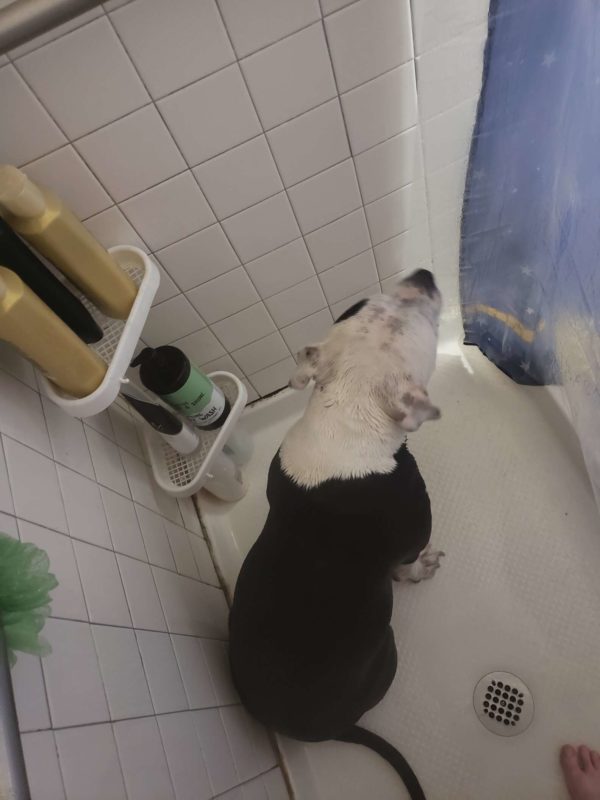 It seemed not enough for the dog to just look at the owner, so she climbed inside and sat there until the girl finished bathing.

Probably, the pet decided that it was necessary to take matters into her own paws and not let Brittany out of sight twenty-four hours seven days a week.

Most likely, Diz will behave this way until the baby is born. Her owners are confident that she will become the best friend for their baby.

Diver helps shark free from nets: shark finds him a month later to show he is okay
Interesting News
0 141

When this woman stumbled upon a wingless bumblebee, they had the most incredible relationship and now are inseparable
Animals
0 278