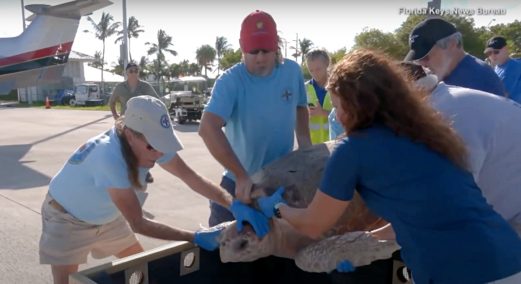 The loggerhead sea turtle found herself on the verge of life and death.

The boat shattered her shell, and air pockets were formed under it, which pushed the reptile to the surface and made it impossible to maneuver in the water. 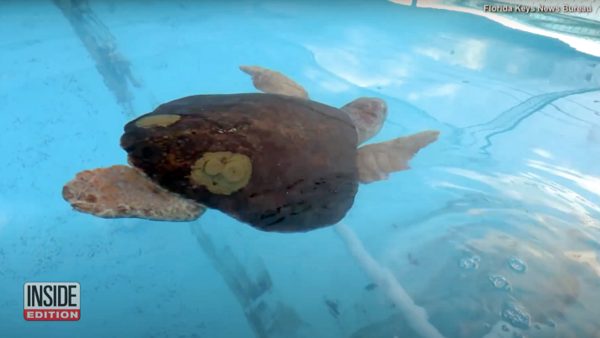 With such damage in the wild, the turtle was doomed to die.

She could not hunt. And without the help of people, she would die of starvation.

Loggerhead turtles are endangered animals. So the life of each individual counts.

Knowing that due to severe injuries the turtle will no longer be able to live in the wild, animal rights activists have done everything to provide the reptile with a comfortable life and a well-fed old age. 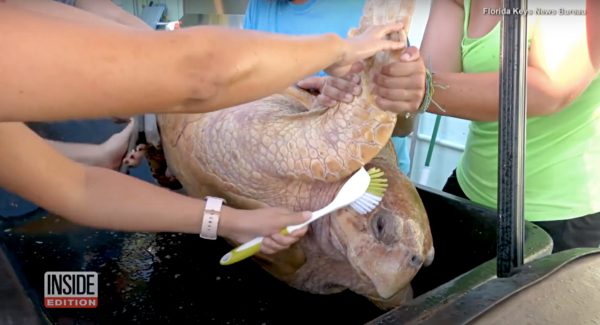 The injured turtle was taken to The Turtle Hospital veterinary clinic in the Florida Keys, where the reptile could be under 24-hour guard and receive the necessary medical care.

After the ward felt better, it was decided to move her to the Sea Turtle Nature Reserve in the resort town of South Padre, which will become a permanent home for the rest of her days.

The loggerhead turtle was named Matthew after one of her saviors.

But later it turned out that the male name was given to her in vain. The reptile turned out to be a female.

A private jet was hired to save the turtle.

Fortunately, the charity Turtles Fly Too agreed to help with the flight, providing free air carrier services for the urgent transportation of endangered species of animals. 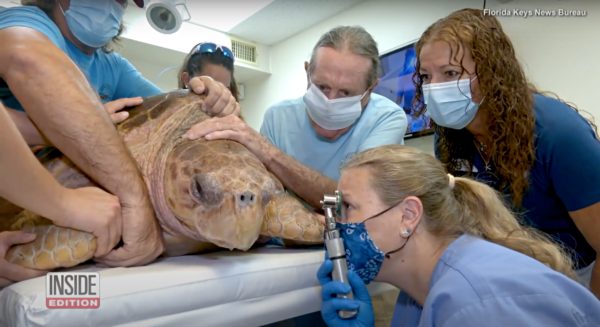 Since Matthew weighed over 250 pounds, it took six people to bring her on board.

The turtle is fine now.

She settles in a new house along with other reptiles, which can no longer be released into their natural habitat.

In the South Padre Nature Reserve, they are working to ensure that each of the charges received the best living conditions and replenished the population of his species.

‘World’s thinnest dog’ weighing only 6.5 pounds recovers and walks his owner down the aisle
Animals
0 230