Firefighters, having seen a dog in the building, with her help found four people and safely evacuated them from the building. 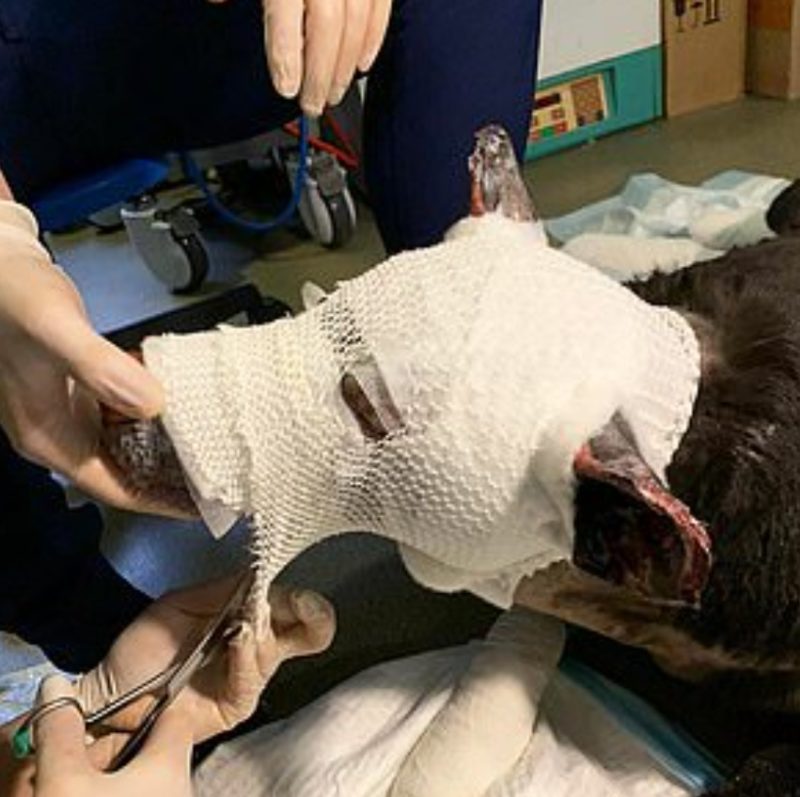 But Matilda herself did not have time to escape and was badly burned. Apparently, she refused to leave the building because she was looking for the owner of a private hospice – her owner, who was not in the building at that moment.

The dog managed to escape from the fire, although she was badly burned. However, when the owner of Matilda was informed about this, she said that she did not need a dog, and refused to help her. 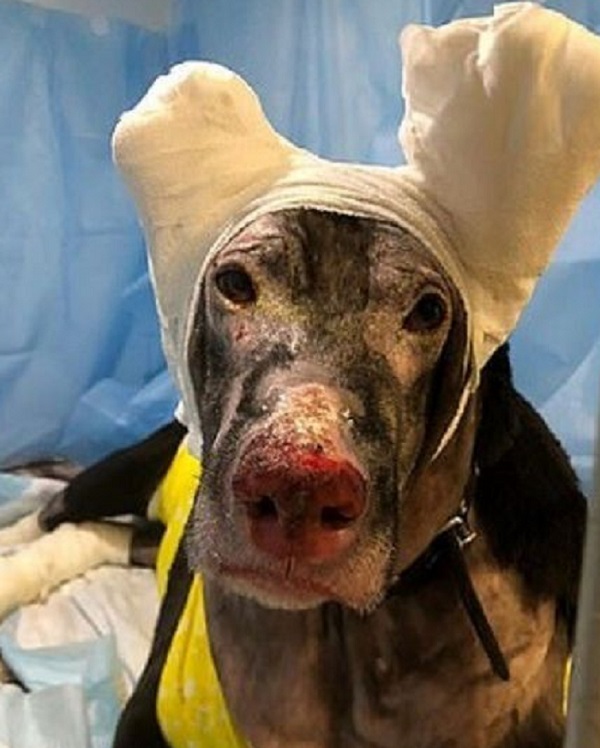 Fortunately, animal volunteers Elena Kalinina and Alexander Tsinkevich came to the aid of Matilda. They took the dog to the veterinary clinic, where she received the necessary assistance.

Volunteers received financial assistance from caring people, thanks to which the dog was provided with the necessary treatment.

As Elena and Alexander say, Matilda was very hurt during the procedures, but she steadfastly endured the treatment. 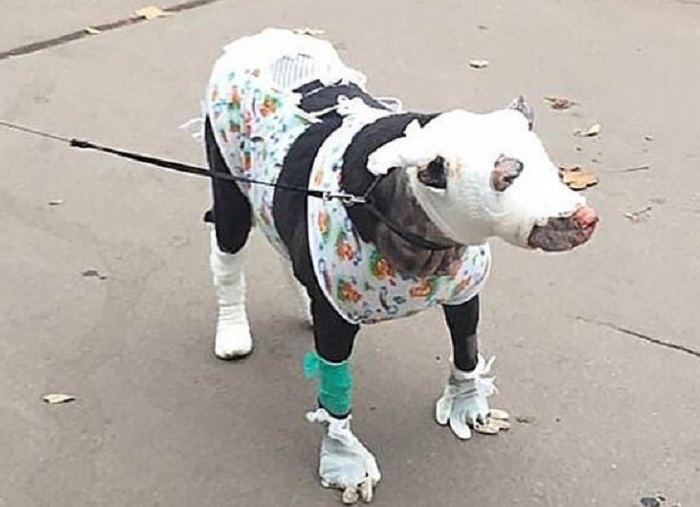 When examined by a veterinarian, it turned out that Matilda was pregnant. According to the doctor, the burns did not affect the pregnancy. And Matilda’s puppies will be ready to be born on time – in the last days of November.

Now Matilda is feeling better, and she is at a shelter, where she, apparently, will have to give birth. 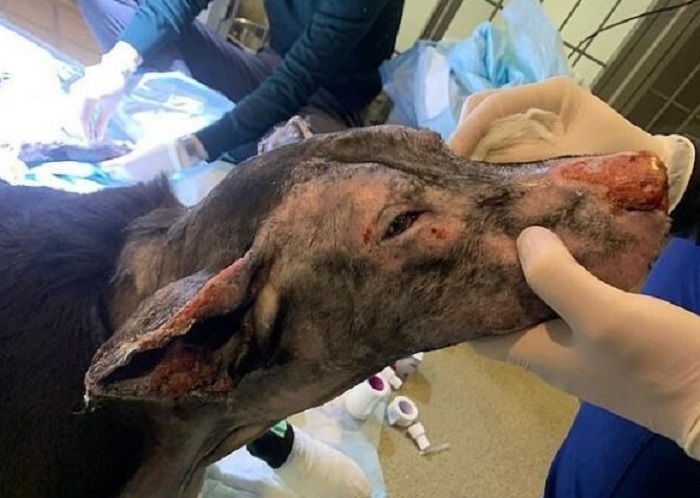 Matilda’s stomach is burned, so she won’t be able to feed the puppies herself. Volunteers who take part in the fate of Matilda are looking for a nursing dog that could also feed the puppies of the heroic Matilda.

Most likely, after Matilda’s puppies are born, volunteers will have to look for owners for them. Matilda herself will also not return to her former owner, who left her in trouble.

In India, the rhesus macaque “adopted” a puppy and brings him up like a real mother
Interesting News
0 86

During the concert, Pink saw a poster in the crowd of fans and stopped the performance: everyone was crying
Interesting News 0 609