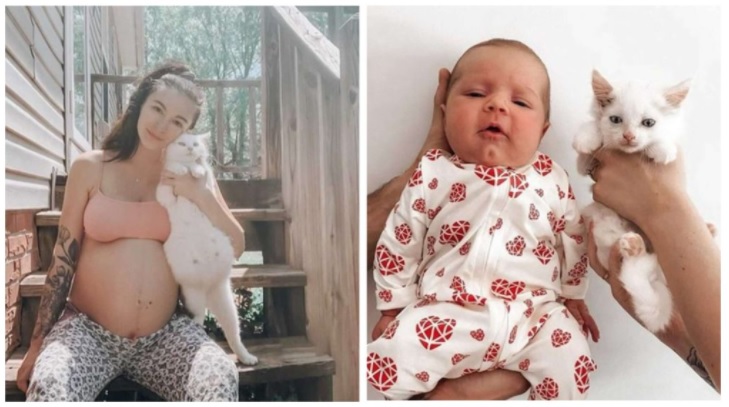 But during pregnancy, due to her worries, she decided to take a break from volunteering.

“The animals that I fostered were usually sick and needed special care, for which I now did not have time,” she said.

And Lauren was firm in her decision… Until one day she met a cat named Dove.

According to Maners, one day on the way home, she and her husband noticed a wounded pregnant cat on the side of the road:

“I understood that she was in poor condition, and also felt a kind of connection with her due to the fact that we were both in the last stages, – recalls Maners. 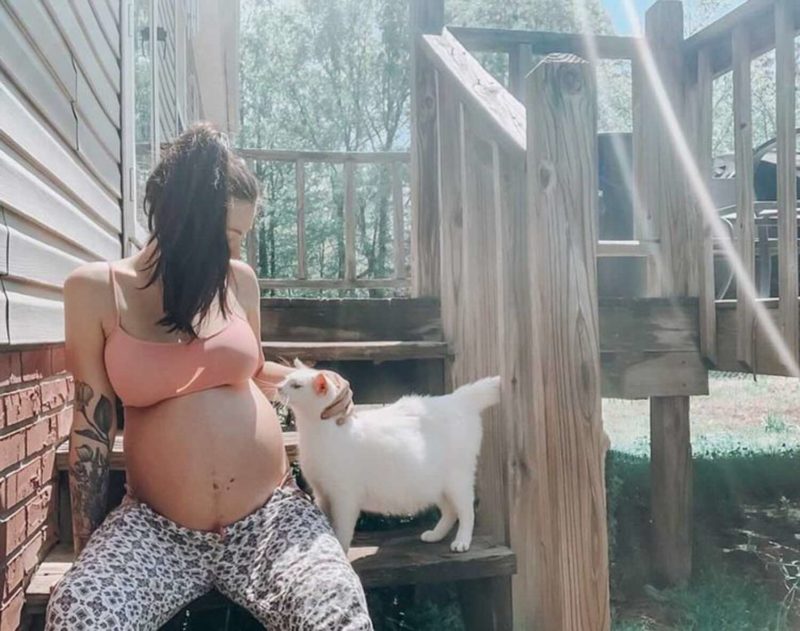 “We caught the cat, luring it with the remnants of food, and took it to the vet.”

The veterinarian examined the cat and prescribed the necessary treatment for her. And then Maners, along with her husband, took the cat to her place.

The couple gave the cat the name Dove and began to take care of it by themselves. Dove got used to her new home very quickly. 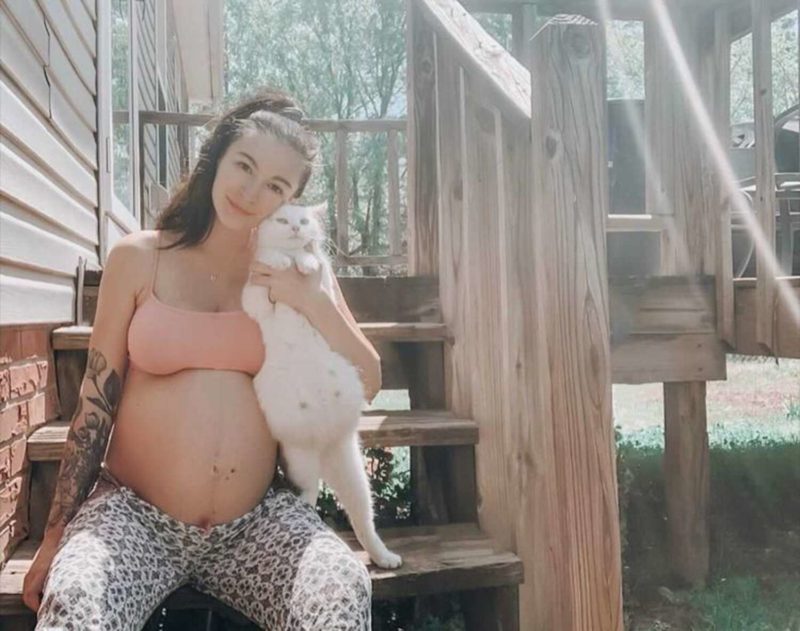 And soon the two pregnant friends began to spend most of their time together!

“She followed me wherever I went,” Maners says. “She liked to sit in the yard with me in the morning and let me stroke her belly while we ate breakfast.”

Finally it was time for Lauren to give birth. And when she returned home with her newborn daughter Kylie, it turned out that Dove also brought offspring.

“It’s possible they were born at the same time,” Maners said.

The babies of both mothers grew and gained strength. Over time they began to show interest in each other. 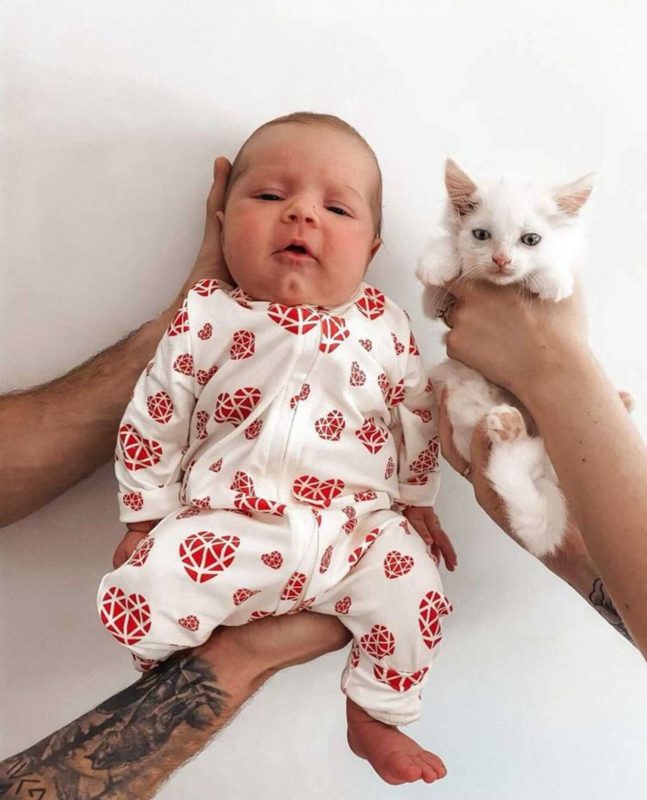 And a few months later, when the kittens finally got stronger, the spouses added them and Dove into good hands.

“Fortunately, the cat mom moved to live with my friend, so I still get news about her,” she says.

“Some of the kittens also went to live with our friends, so now we can visit them.”