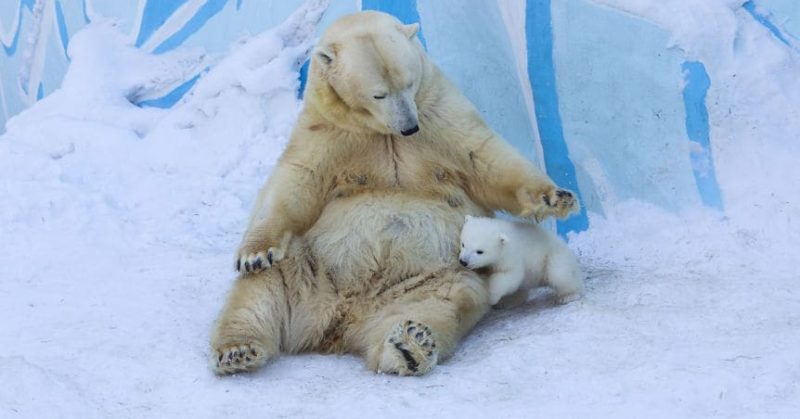 One of the largest zoos in Russia, located in Novosibirsk, can be considered a truly unique place. Because a polar bear cub was born there. 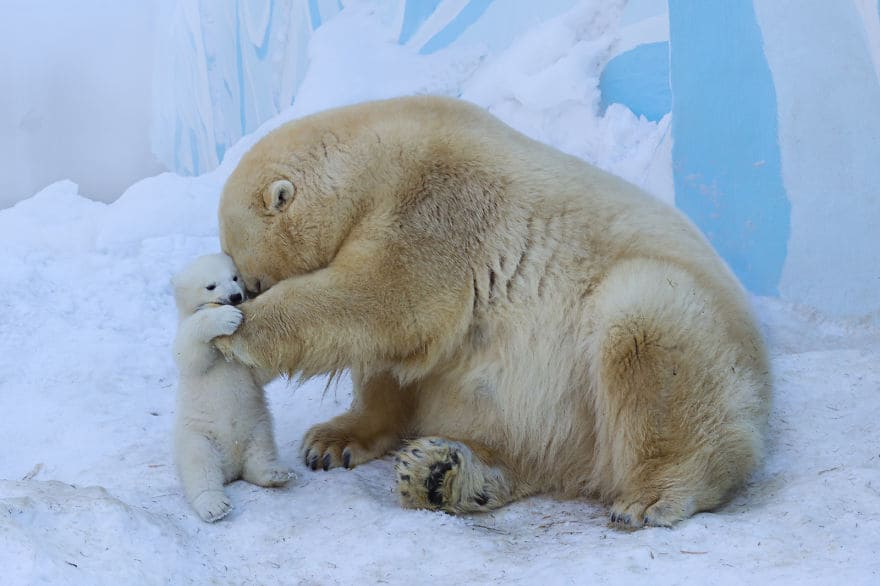 Polar bears are the largest predators on the planet, producing offspring once every two or three years, and even less often outside their natural habitat. 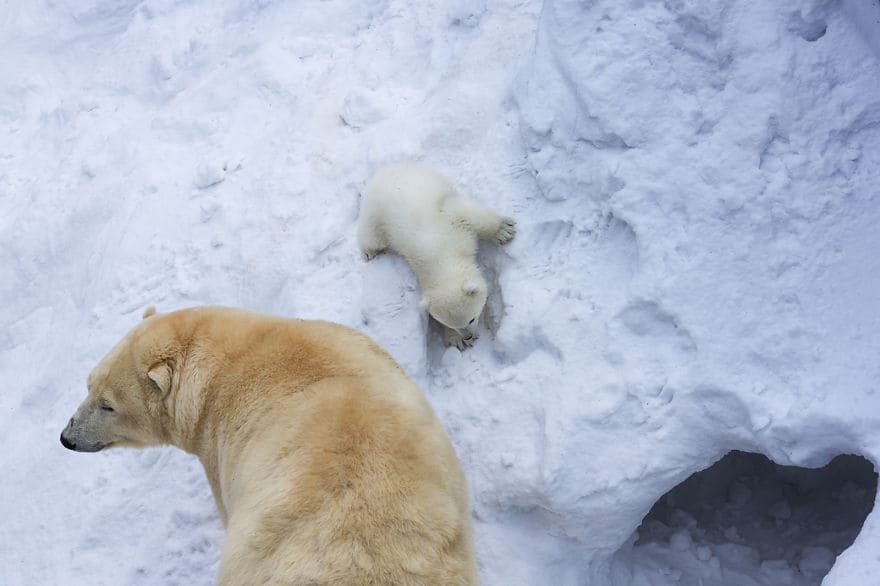 The tiny bear cub was born hairless and completely helpless. The cub usually spends the first months of life with its mother in a den until it gets stronger.

In January, the bear opened his eyes and ears. This adorable creature has a good appetite and is great at gaining weight.

The dad was not yet allowed to see him and the mother, as the staff was afraid of the unpredictable reaction of the male.

Kai was isolated from his family for a year.

When the cub got a little older, he and his mother were released from the den into the fresh air for the first time. 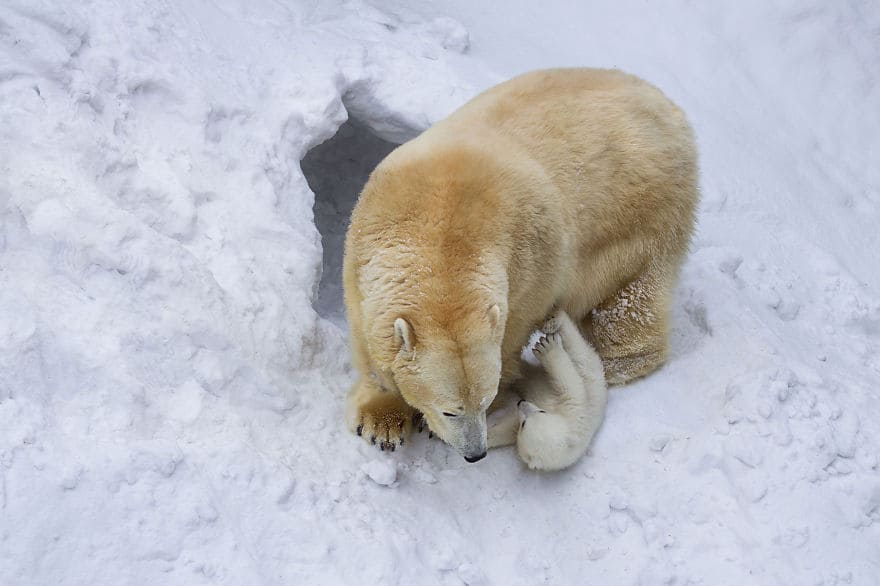 The kid frolicked merrily, enjoying the first snow in his life. He carefully studied the world and enjoyed playing with his mother.

In mid-March, residents and guests of Novosibirsk were able to personally meet the long-awaited new resident of the zoo.

Interesting News 0 14
People meet, people fall in love, get married… Then, when they have children, life

110 cm man got married and became a father: see what his 2-year-old daughter looks like
Interesting News
0 227