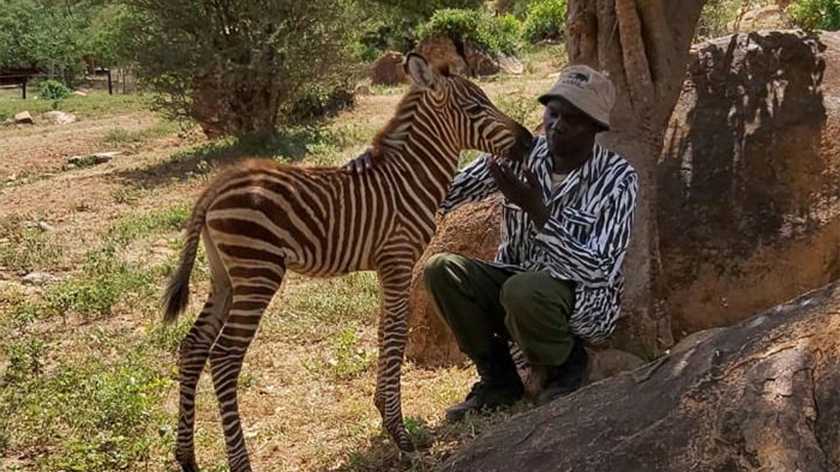 So that the cub does not get scared and does not feel lonely, rescuers wear uniforms that imitate stripes on the fur of a zebra. 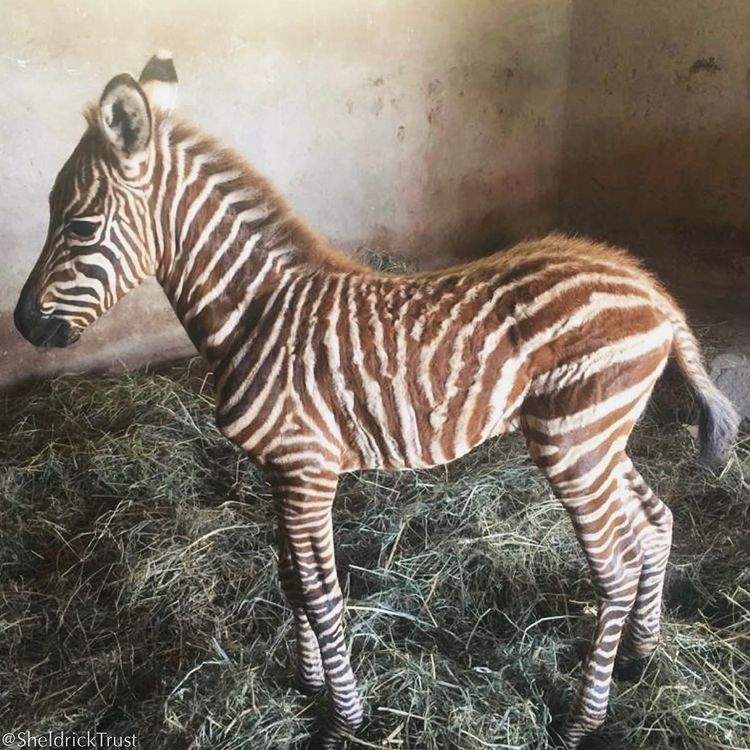 The baby zebra is being looked after by the Sheldrick Wildlife Trust. The rehab organization named the foal Diria and is monitoring its growth closely.

In February 2020, the foal was taken to a shelter in Kenya.

Diria’s herd was attacked by a lion, that killed his mother.

The frightened cub, trying to escape, ran to a local ranch, where he came across a herd of goats.

After the birth of the cub, the mother zebra completely separates it from the herd. The foal is completely dependent on the mother, does not leave her a single step.

The newborn and the mother do not come into contact with the herd for several days, which makes them easy prey for predators. 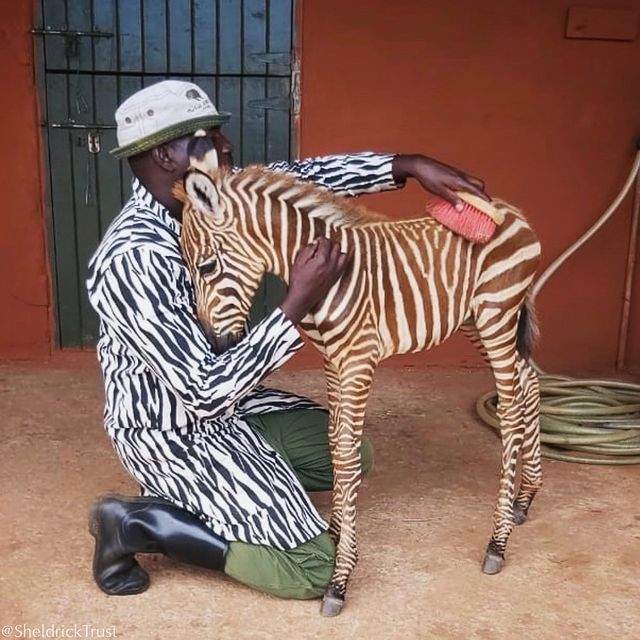 The shepherd, who discovered Diria, turned to the environmental service and placed the foal under the care of specialists.

The baby zebra was named after the Diria ranch where it was found.

The caretakers had to figure out how to replace the mother of the orphaned foal – so that he had a full experience of growing up, and he could return to the herd. Conservationists decided to make a special striped uniform that will imitate a zebra print.

So the foal will not be afraid of the employees of the organization and can recognize them as a mother’s figure.

All costumes have the same print that Diria is guided by – the foal identifies a familiar creature by unique stripes. No zebra has the same stripe pattern, which is why they distinguish each other from them.