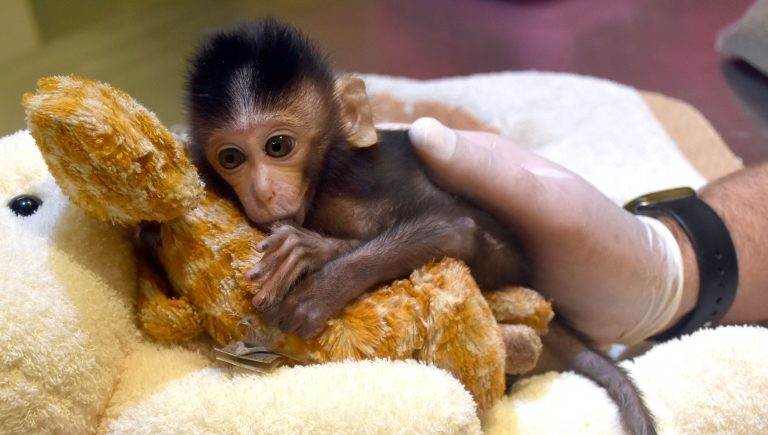 In the Thai province of Nakhon Sawan, locals found a tiny baby macaque in the jungle and brought it to their village to keep him as a pet.

Someone killed the mother of the monkey, most likely poachers. 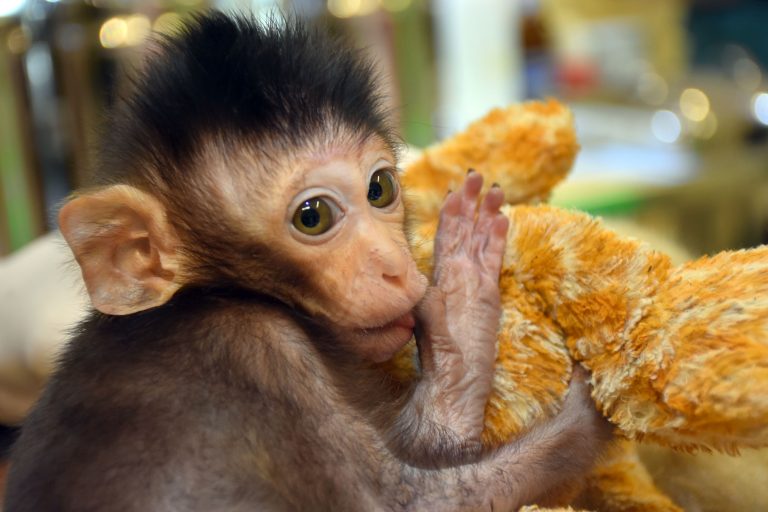 The two-month-old cub, named Jao Khun, belongs to the crab-eating macaque, but the locals fed him just bananas, because of which the cub was very thin and did not grow well.

In addition, he was still too young to live without the care of his mother. And he had no chance of survival in a village house.

Fortunately, one of the neighbors called the Wildlife Friends Foundation of Thailand (WFFT) and the baby was taken away from people and placed in a foundation shelter.

There, someone gave a soft stuffed giraffe to the monkey. And Jao Khun immediately hugged it and now does not let it go of her tenacious little hands. 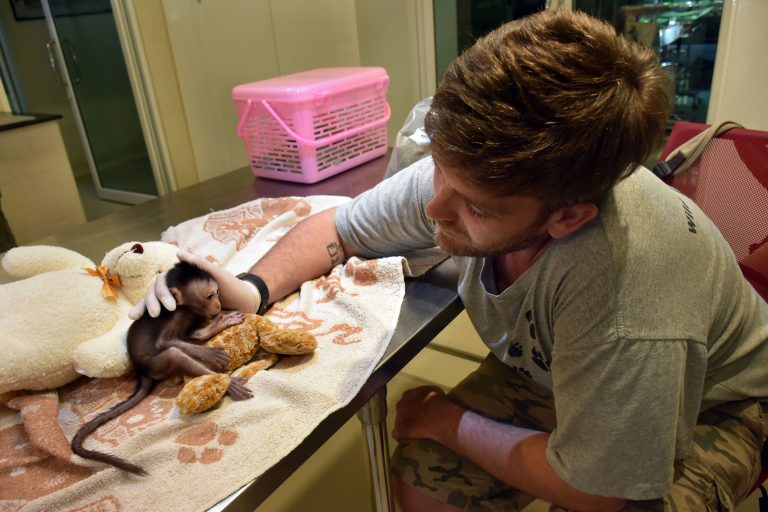 For him, the toy has become at least some kind of replacement for his mother.

The baby refuses to let go of the toy, even during sleep or feeding.

Although it is not the toy that feeds him, but the shelter employee. 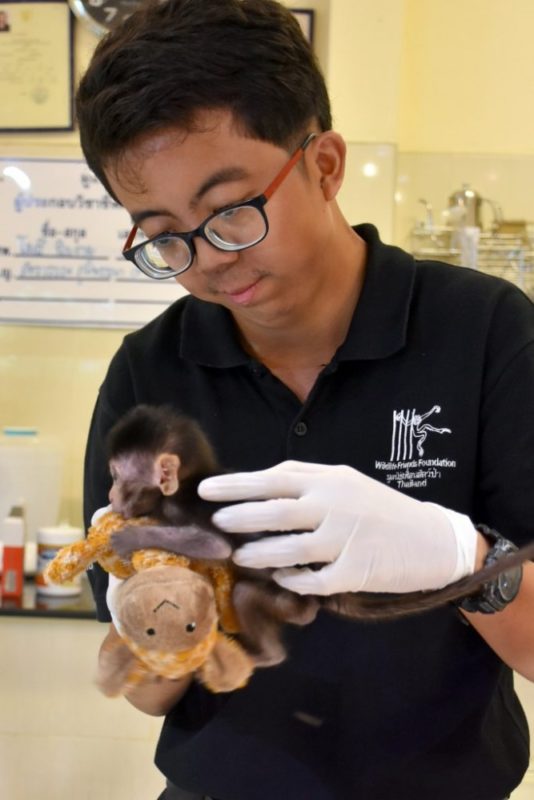 “At this age, they are constantly attached to their mothers and hold on to their fur all the time. Now he does the same with Teddy the giraffe,” says the WFFT employee.

“Fortunately for him, now he is in good hands and after the quarantine is over, we want to introduce him to other little orphaned monkeys.”

The Ohio county sheriff and his tiny police dog were inseparable, they died the same day and were buried together
Animals
0 894