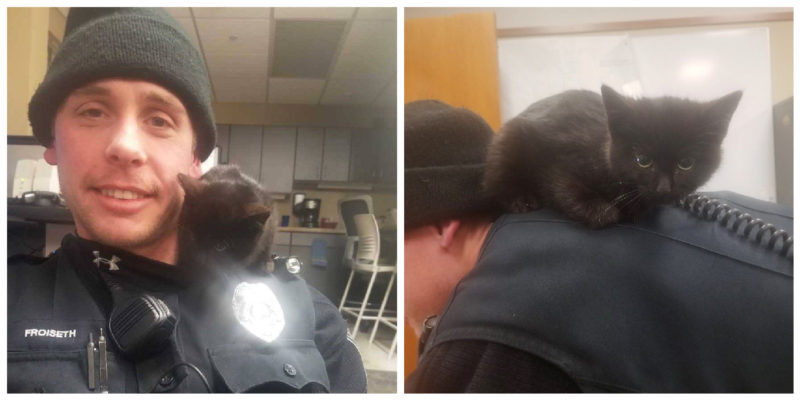 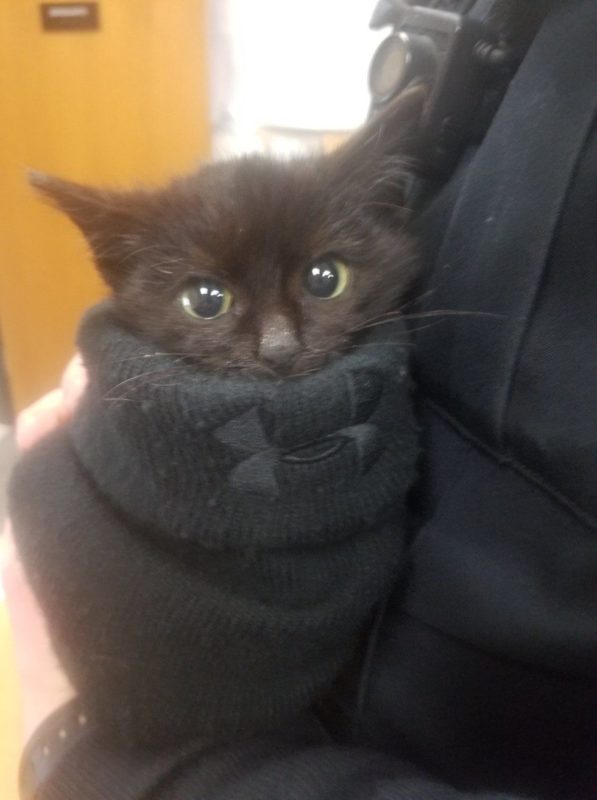 He began to explore all around and found that the sounds were coming from a deep snow-covered ditch nearby.

Despite the fact that he did not see any cats in the snowdrift, Froiseth understood that the poor animal was somewhere very close, as his desperate meow became even louder and more insistent. 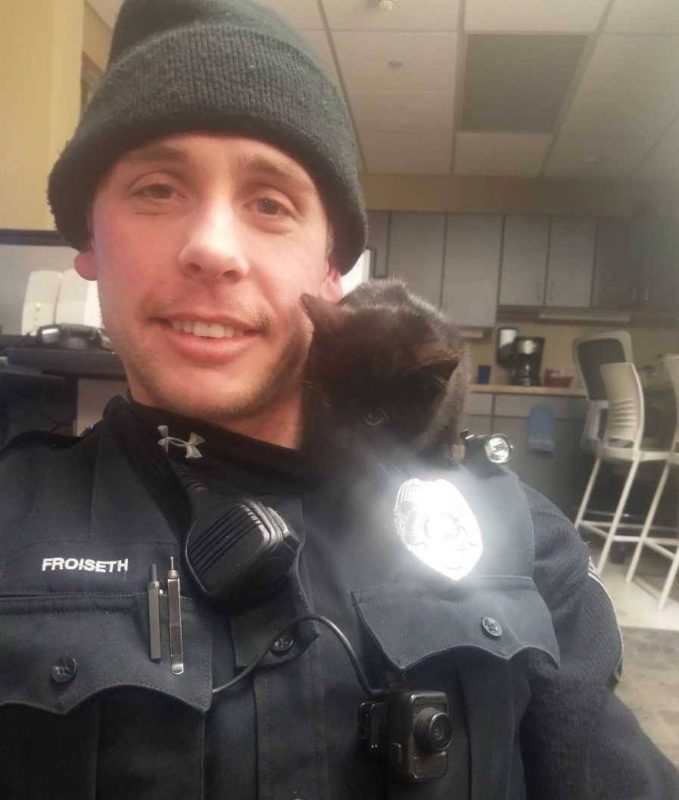 After the officer climbed into the ditch and crossed it, he finally found this baby stuck among the ice lumps.

It turned out to be a big-eyed black teenage kitten.

Froiseth immediately took him in his hands and hugged him to warm him. Then he cleaned him well of the snow stuck to his fur. Then he carried the kitten into his car.

The kitten was very cold, but in the car he warmed up and immediately began to express his gratitude to the savior.

He climbed onto his shoulder and purred loudly. So the kitten and Froiseth spent the rest of the night.

After the shift, Froiseth brought the kitten to the police office. 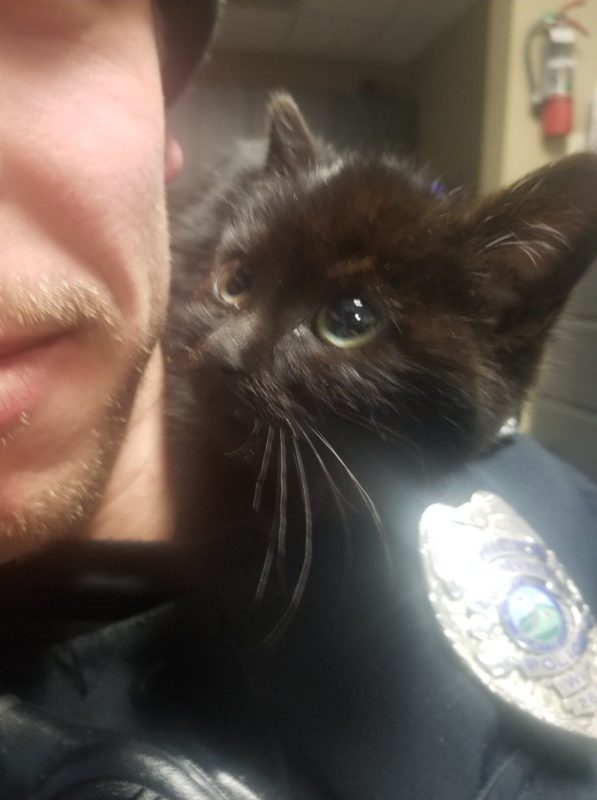 He planned to take him to the vets and then find him a permanent home.

But the kitten, snugly curled up in his black hat, slept sweetly and Froiseth could not part with him.

Later, he nevertheless took him to the veterinarian. And the examination showed that the kitten was completely healthy.

Once again, Froiseth could not leave him. 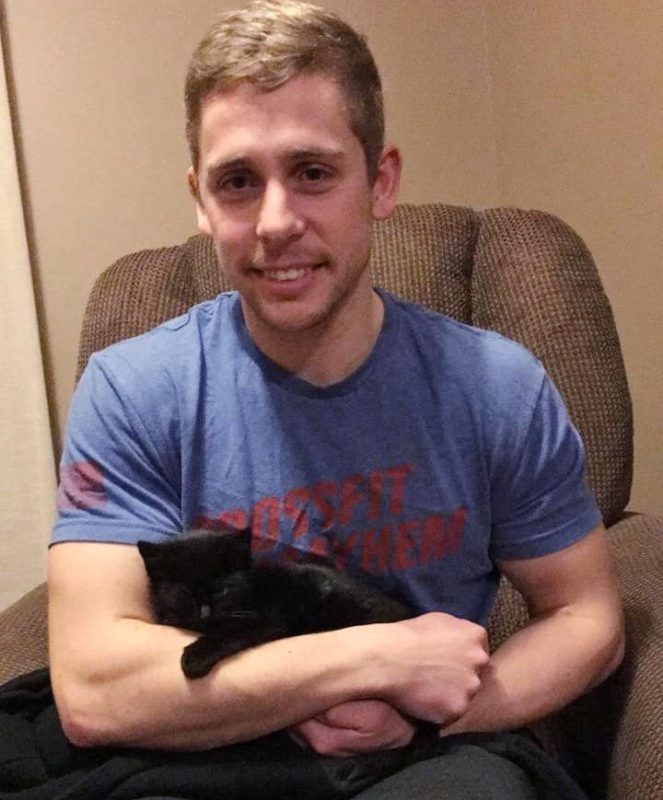 The kitten all the time snuggled up to him to be stroked and slept only in his arms.

“After some thought, Officer Froiseth could not say no. This cute little kitten now received a permanent home, and it was true love at first sight.” 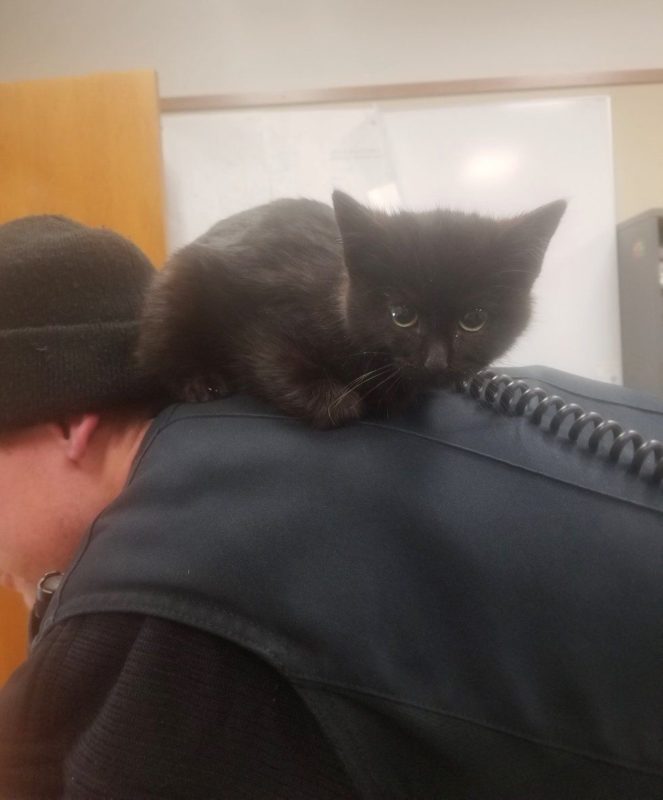 In Froiseth’s house, Donut continued to follow his man inseparably. He especially likes to sit on his shoulders and back, and also lie on his arms.

Man who was never a cat person went to a shelter to adopt a dog, but ended up getting chosen by a kitten
Animals
0 163