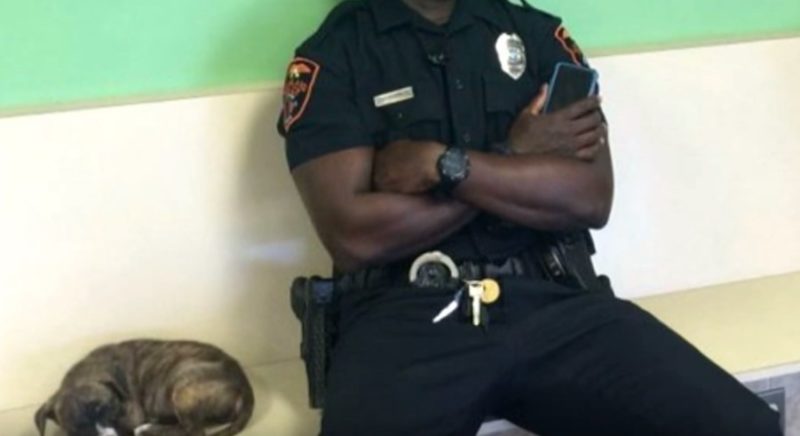 The police officers are true heroes, who risking their lives, save ours.

But they have not only heart to human beings, but to the other living creatures, as well.

One day, early in the morning, when the shift was about over for the officer Kareem, during his patrol through the neighborhood, he found a lost puppy.

The dog had no collar, so the officer realized it will be impossibly to find the dog’s owner.

He had to take her to the police station, waiting for his shift’t end. After that, he took the dog home. 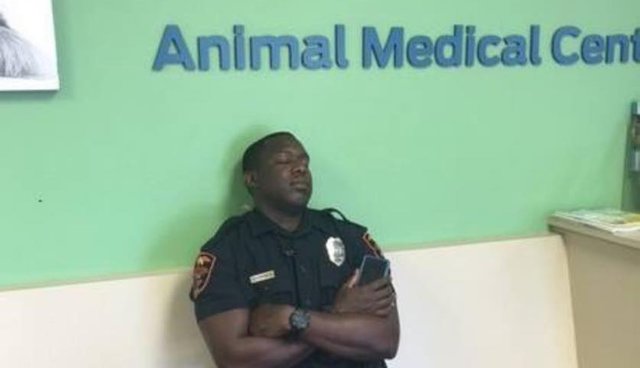 But the kindhearted officer was worried about the state of the little puppy, as she was under his responsibility, and he decided to take him to the Florida shelter to be sure, she is safe.

Besides it, he thought maybe the human parents were looking for their pup. 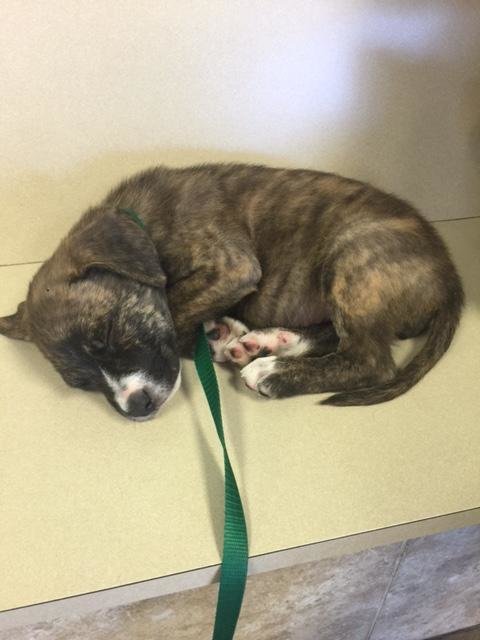 So, after a long 12-hour shift, he had to spend another 3 long hours at the shelter to be sure that everything is good with the puppy he found.

While waiting, both the officer and the puppy were sleeping, as they were so exhausted.

Kareem with his kindness and devotion impressed everyone at the Florida shelter. 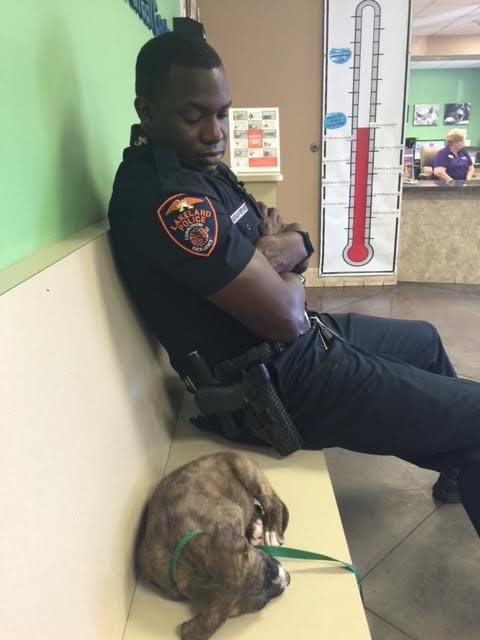 After finding, that the dog, who was named Hope, is in good health, the officer took her back to the station, where she luckily found an adoptive mom.

One of the dispatchers loved her from the first sight. Since that they are together.

Due to kindhearted officer Kareem Garibaldi, the lost puppy found a lovely parent.

A clueless wildlife photographer tracked down deer, completely unaware of who was hiding behind him
Animals
0 296

At the wedding, bride and her bridesmaids traded floral bouquets for puppies in need of a good home
Animals
0 66
Our Top Posts