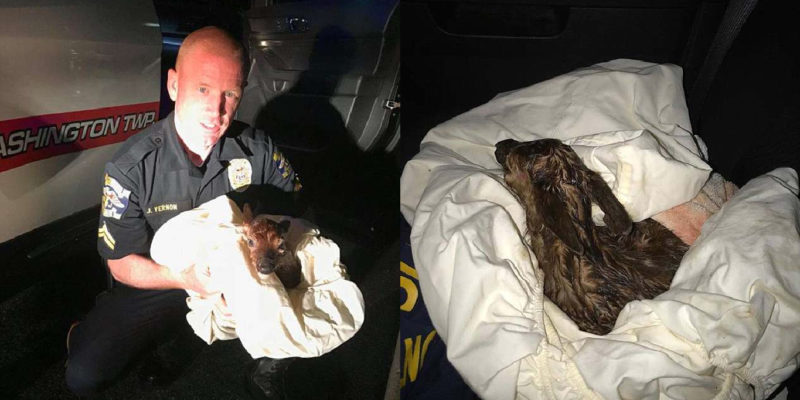 A New Jersey police officer found a pregnant female deer hit by a car on the road.

The mother had already died, but the baby in her stomach was still alive. And the policeman performed a Cesarean section and pulled it out. 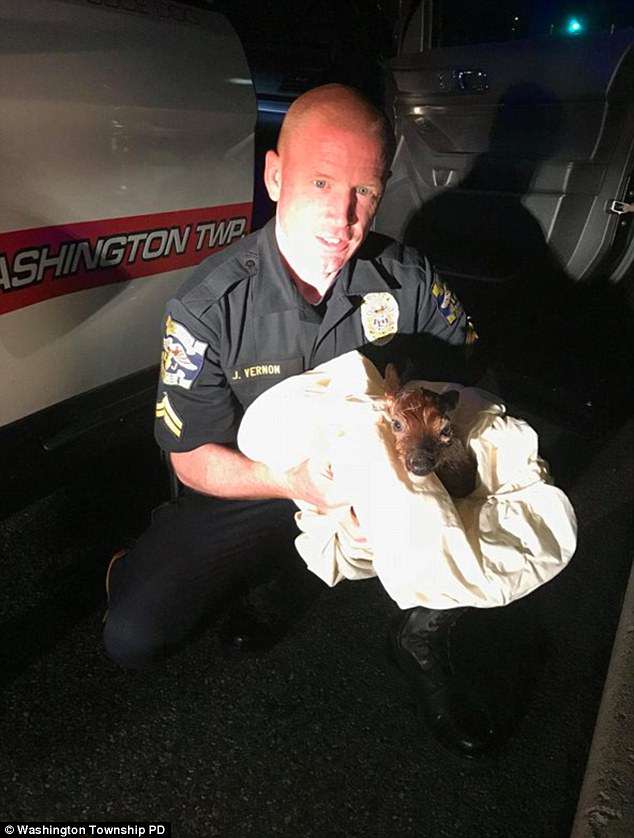 The dead animal was discovered by Officer Vernon.

At first, he just wanted to examine the body and move it out of the way.  But suddenly he saw that something was moving in her large belly.

The man realized that the baby can still be saved if act quickly.

He made an incision in the abdomen and pulled out two fawns that were already full-term. 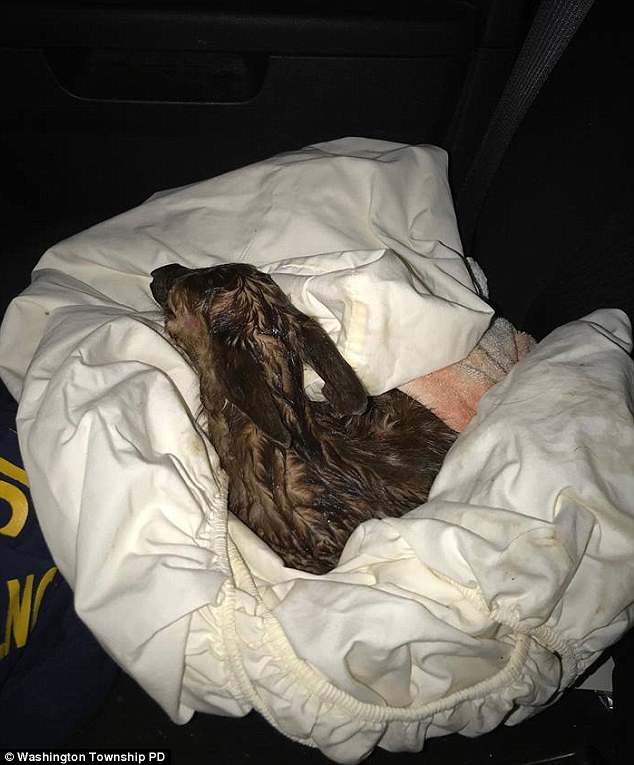 One of the babies, unfortunately, was already dead, probably suffered from a collision, but the second was alive and not injured.

After that, the policeman called the animal control service. The service specialist Robert Lagonera took care of the little deer.

He wiped him clean, wrapped him in a towel and brought him to his house to warm him up and give him a massage of the calf and legs.

In nature, such an invigorating and stimulating massage is given to the cub by the deer mother herself.

She carefully licks the entire body of the cub with her tongue, after which the baby rises to its feet.

When the police department wrote about the work of Vernon and Lagonera, hundreds of people in the comments praised the men for his good deed.

After the fawn warmed up and began to feel well, Lagonera transferred him to the Antler Ridge Rescue Wildlife Sanctuary. 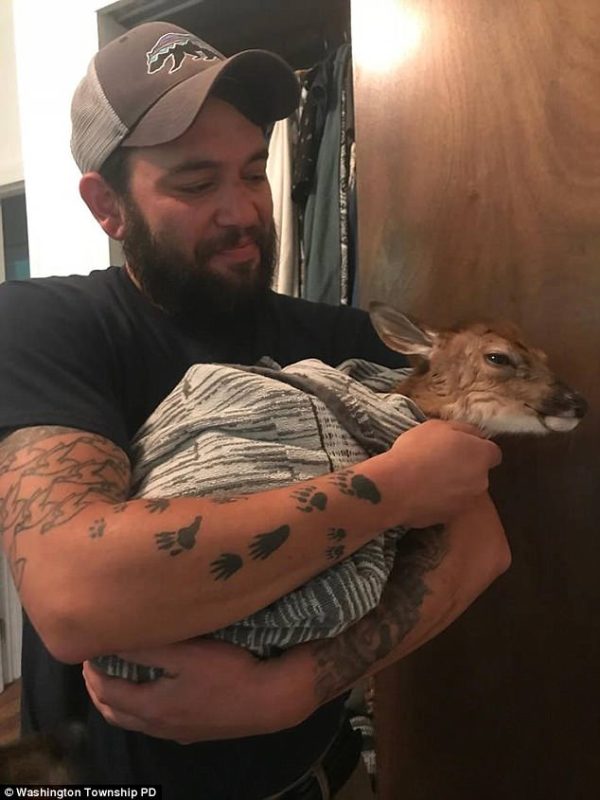 The shelter saves the wounded, sick and orphaned animals and took care of the little deer.

According to supervisor Nancy Hreha, the deer is doing great.

When he grows up and gains at least 25 kg, they will try to release him into the wild away from the roads.

Because of the extra weight, tiny Chihuahua could not walk, diet and friendship helped him lose weight
Animals
0 269