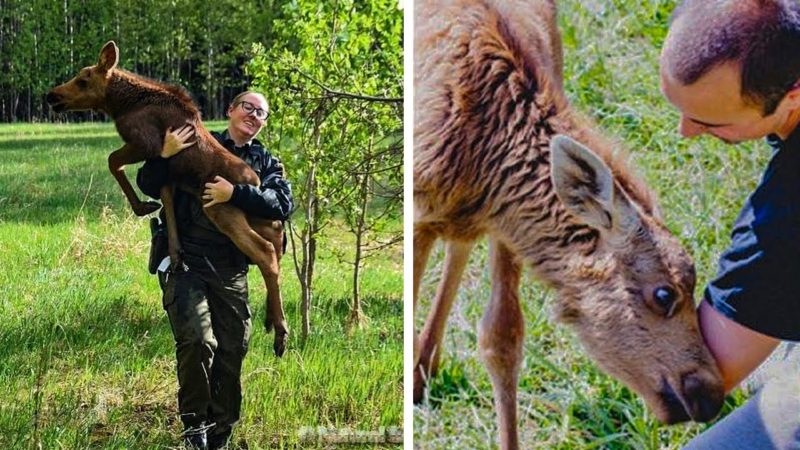 Erikas Plucas, who lives in Lithuania, one beautiful day noticed a living creature laid down nearby his entry door.

He had doubt, it would be an injured, helpless wild animal, so he approached to investigate. When the man came closer, he saw a terrified little moose, who was about a few weeks old.

The baby moose was very confused and  scared, she tried to run away, but was so weak, that was not able even to get up. She was dirty, hungry and dehydrated.

The scene was so heartbreaking, that Erikas took the baby moose to his home without hesitation. He started to take care of the orphaned little creature, feeding her with milk. 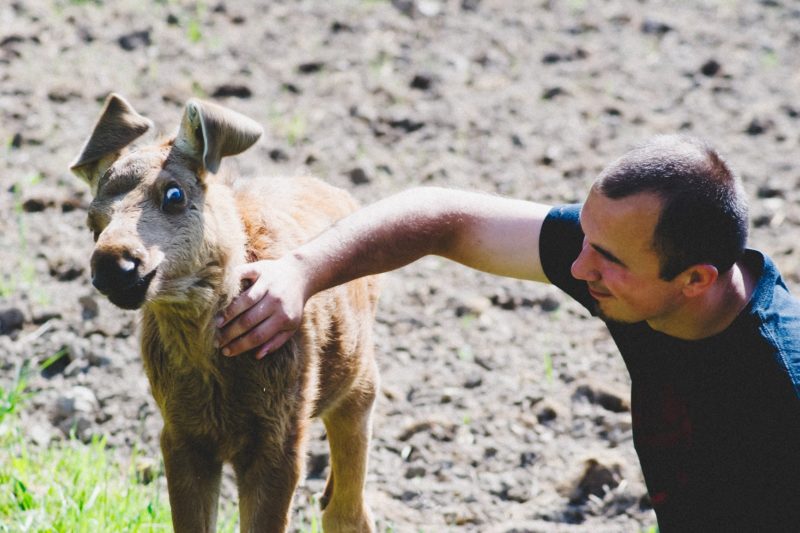 Meantime, Erikas tried to receive some help from the local wild animal centers, but he was surprised to hear only hostile and contemptuous replies, advising him to leave the baby moose in the wild, so that the nature itself will take care of her.

He was also rebuked of taking the poor animal in, describing it as an illegal action. But Erikas ignored them. Growing up surrounded by nature, he was sure he had to support the poor animal. 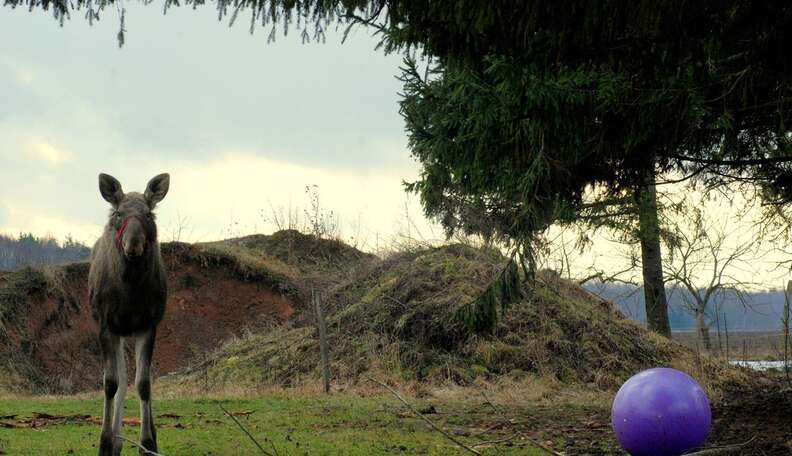 Though it was not easy to take care of a wild animal, but the kind and stubborn man did his best to raise her properly. They soon farmed a unique bond. Erikas called the friendly moose Emma, who was afraid of everything, except him.

When the time came to release Emma back to the wild, Erikas’s heart was broken. He was attached to Emma, as a mom to her baby. However, he knew, she should live in the wild. 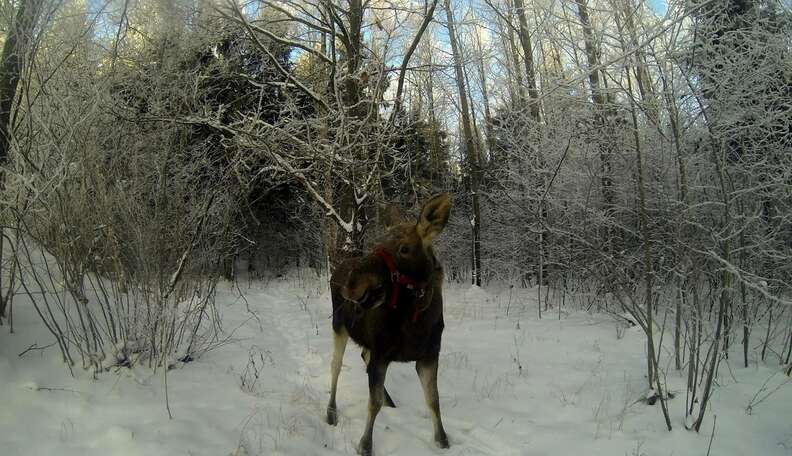 The separation was hard. But Erikas was pleasantly surprised to see his beloved friend coming back the next day. Emma kept remembering her adoptive dad, who not only rescued her life, but gave her love and care.

So, she started to visit him every single day.

Emma changed  Erikas’s life forever, as he changed her life in his turn. Being a man, he became a caring mom for orphaned Emma. They both are very happy to have each other.

Interesting News 0 56
What the art of make-up is capable of, make-up artist Gemma Horner demonstrated to