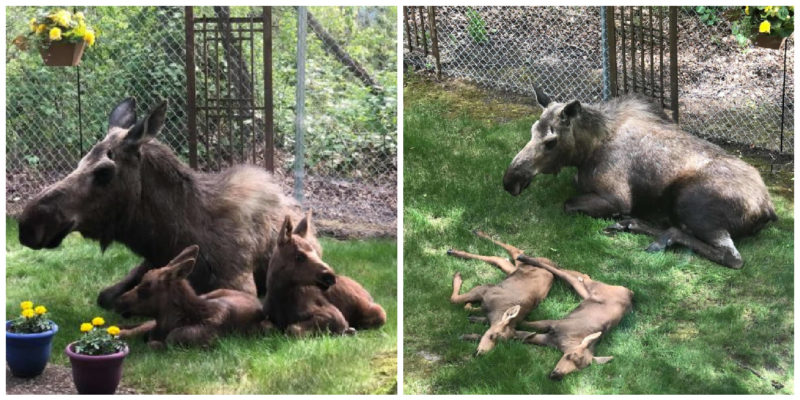 A resident of Alaska, Roland Rydstrom, witnessed a very unusual scene at the beginning of summer.

Waking up in the morning and throwing open the curtains, he found a female moose with two cubs comfortably nestled in the backyard. 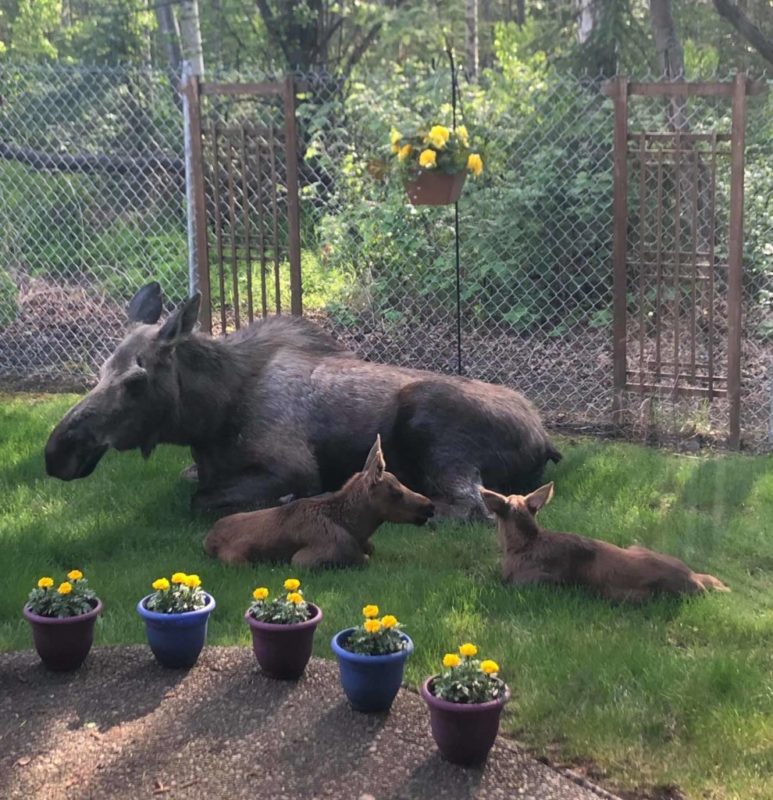 The animals lay on the grass, sunbathing.

Roland knew that calves had been born to two females in a nearby forest a couple of weeks earlier, but he had only glimpsed them as they passed through his territory.

It seemed that the young mother was not very worried about the closeness of a person. She didn’t even glance at Roland, who was looking at her family with interest. 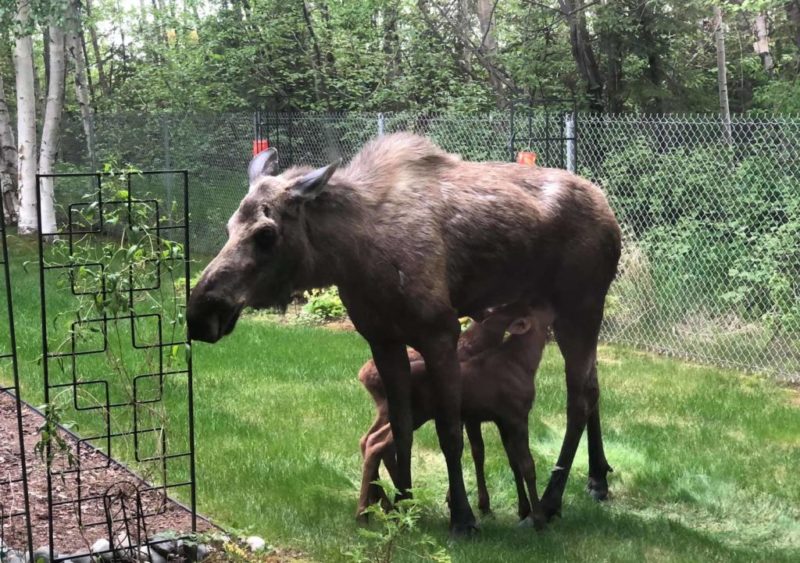 Moose was fine with everything — the size of his backyard, the surroundings, and the quality of the lawn.

Taking advantage of the moment, Roland took some photos of animals that are rarely seen at a distance of several steps.

After that, the man sat down to work, expecting that the moose would soon get up and leave.

But no – they only turned from time to time, exposing either one or the other side to the sun’s rays.

“It was so great to watch the babies basking in the grass!” Roland recalls.

At some point, one of the moose calves knocked over a pot of marigolds with his nose – he tried to scratch himself on it. 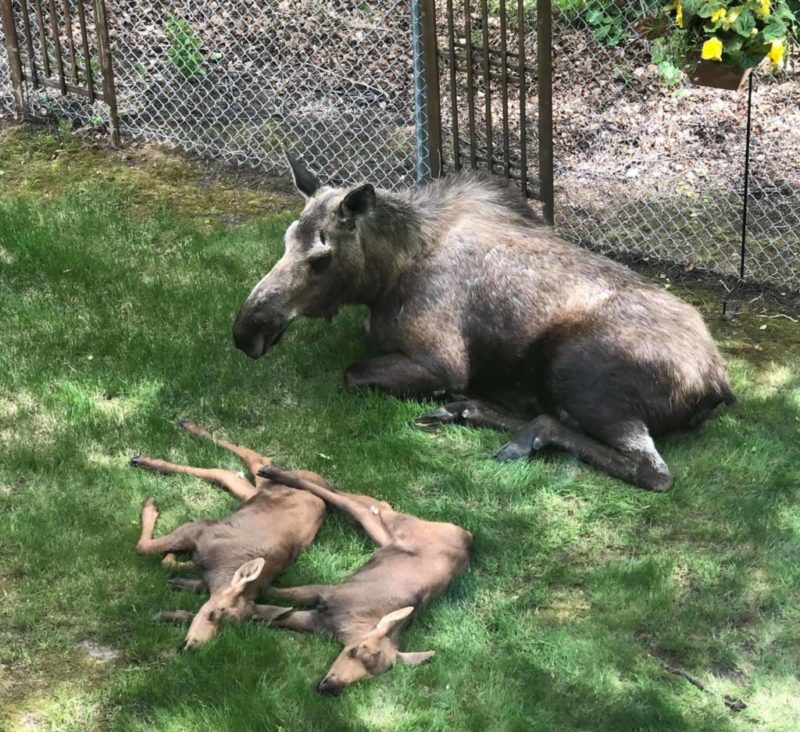 And when he fell, a smile appeared on the face of the cub.

Twice that day, the moose family went into the forest, and then returned again.

On the way, the animals tried everything that grew and stood on the site. 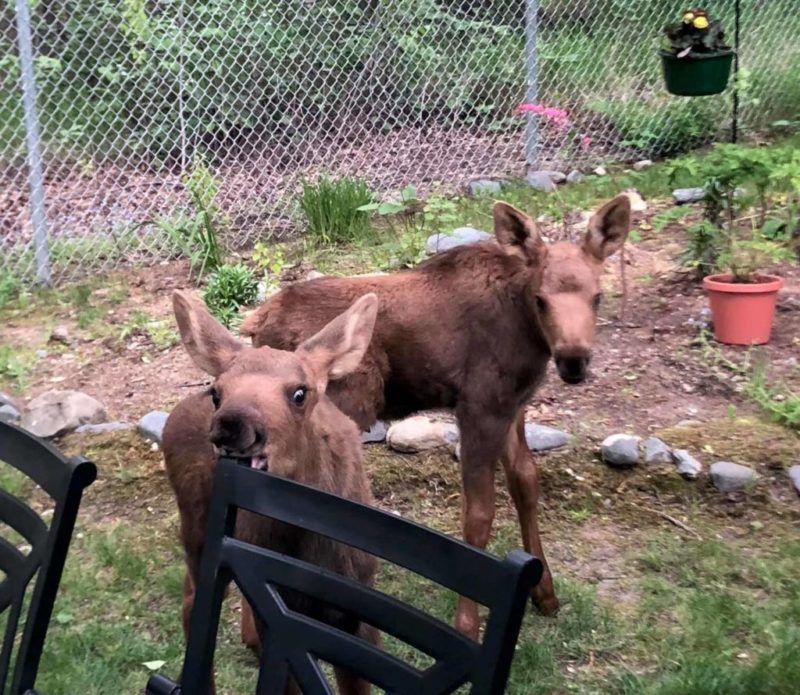 Curious moose calves even tried to chew garden chairs – like human babies who put everything in their mouths.

At 7 pm, Roland heard a loud noise and rushed to the window. 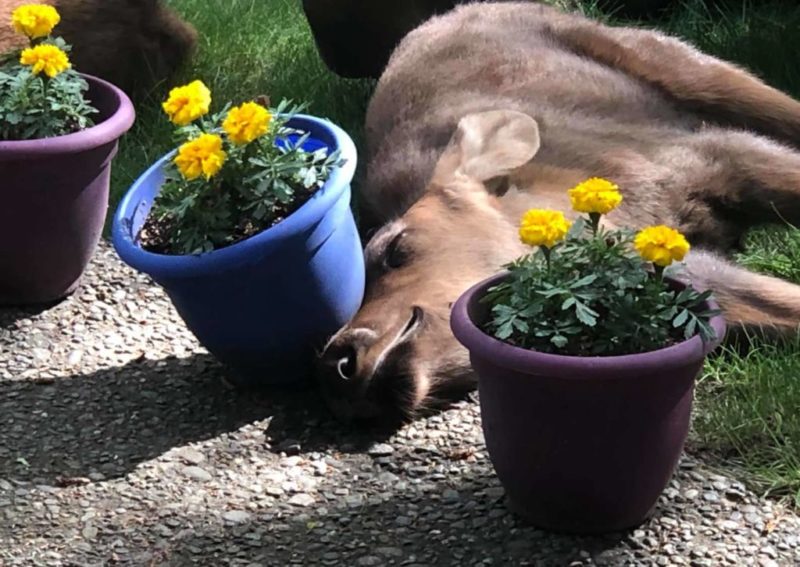 It turned out that another, “competing” moose family came to his yard, which began to attack “his” moose.

The mother and cubs had no choice but to leave the resting place – much to the dismay of Roland, who would be glad if they visited him again one day.

Unusual friendship: the leopard visits the cow every night and lies down next to her
Animals
0 159