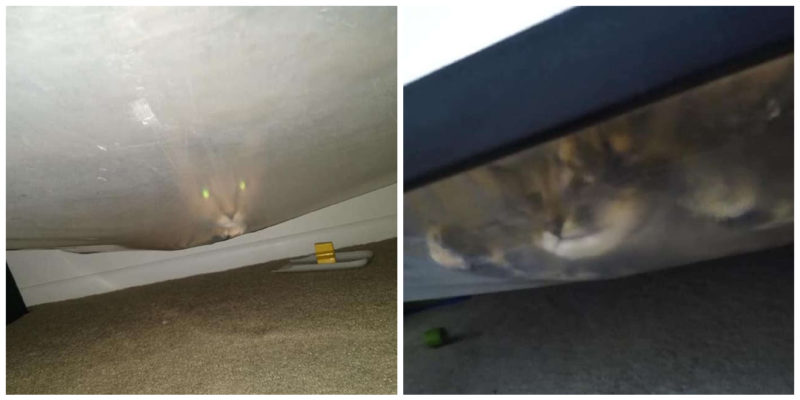 He is a calm and sensible boy, so when he came to his mother and announced that there was a monster under his bed, the woman was very surprised.

Even more surprising was the fact that the son did not look frightened at all, and it was only 11 a.m.

The boy explained that he heard someone making noise under the bed. 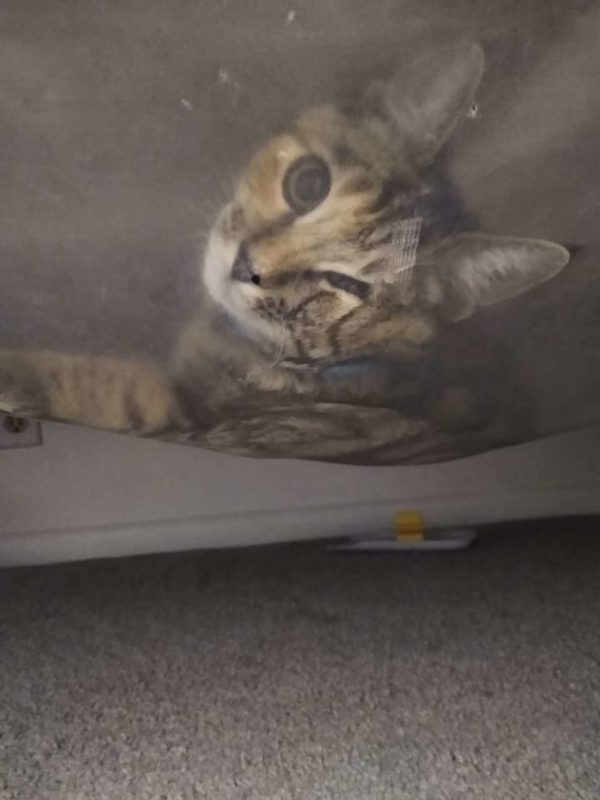 “It’s just the only reasonable explanation,” the child said calmly and judiciously.

Mom and son went up to the bedroom. They looked under the bed – but there was no one there.

Until the woman guessed to direct the flashlight higher, on the bottom of the bed.

There, under a thin layer of plastic on the underside of the mattress, there really was a monster sitting. 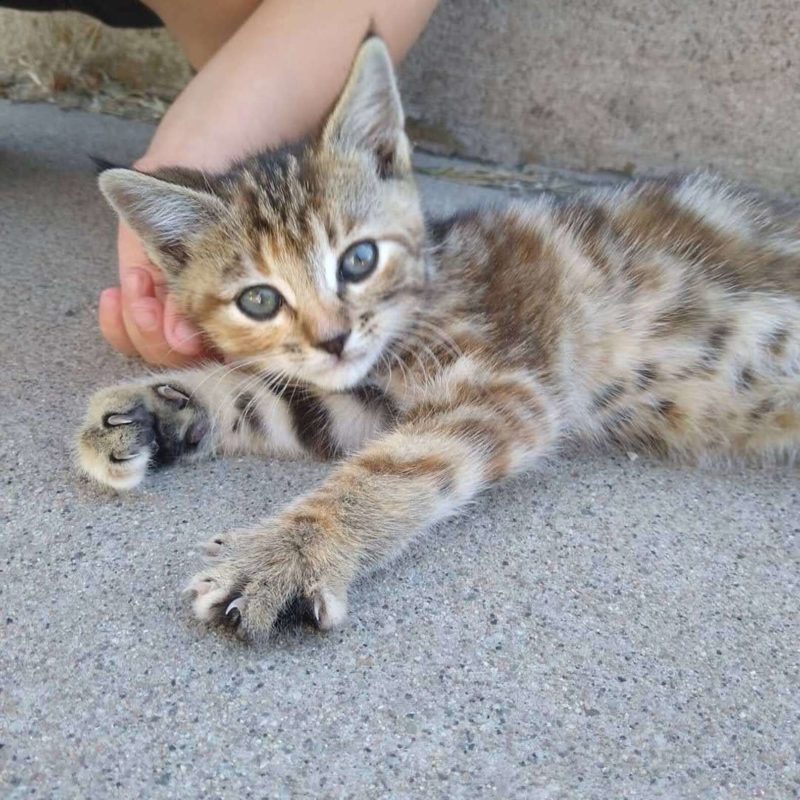 It was their rescue cat, Sis. Jeni picked her up near a village in Idaho.

The little kitty looked completely wild – and under other circumstances the woman would not have thought to bring a street kitten into the house.

But that day, as if some invisible force pushed her elbow.

Jeni Koyle immediately realized that this cat would become special for their family.

And so it happened. The kitten was named Sis. The baby did not leave Jeni’s sons. 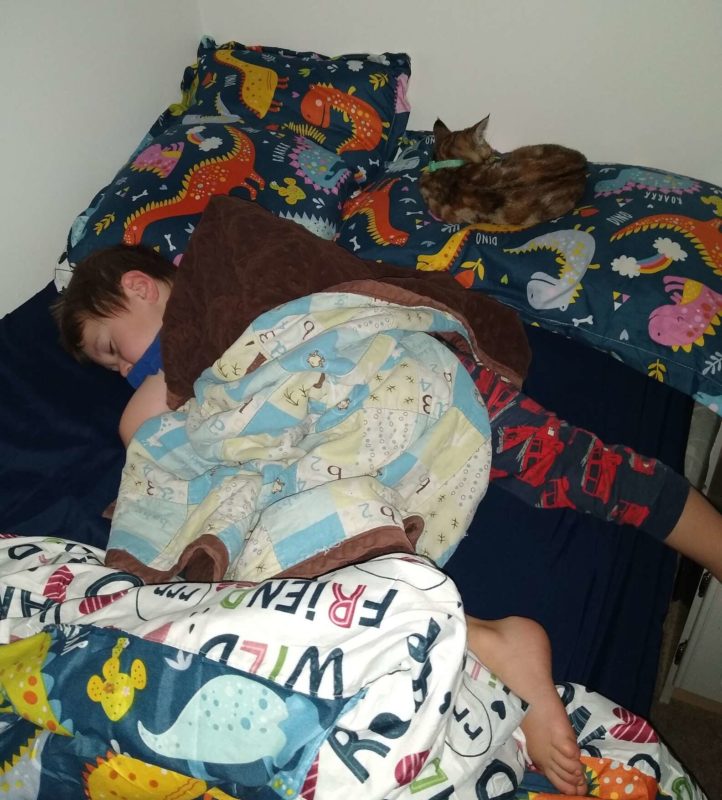 She went for a walk with them, and at night she settled down next to one of them in bed.

The cat has become just like a real sister for the boys – they play together; sometimes they bore each other terribly, but in the end they make up anyway.

That night, Sis decided to explore the insides of Jeni’s eldest son’s bed.

No one knows how she managed to get inside, between the springs.

When Jeni finally pulled Sis out of the trap into which she fell, she gave the little one a good scolding.

After all, Sis was supposed to protect the boy from nightmares, not become one of them.