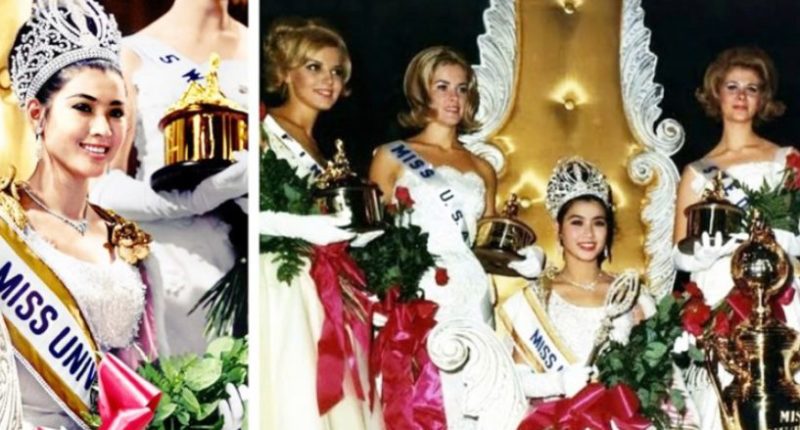 Apasra Hongsakula, 74, is one of the most famous people in Thailand.

As an 18-year-old student, she became the representative of her country at the main beauty pageant in 1965.

The girl won her first crown at the championship of the beauties of the university, and later outperformed her rivals in the competition for the title of the first beauty of Thailand.

After this victory, she took part in the fight for the crown of Miss Universe.

The preparations for the prestigious competition were then approached with all seriousness, the participants presented their country. The event was covered by the media around the world. 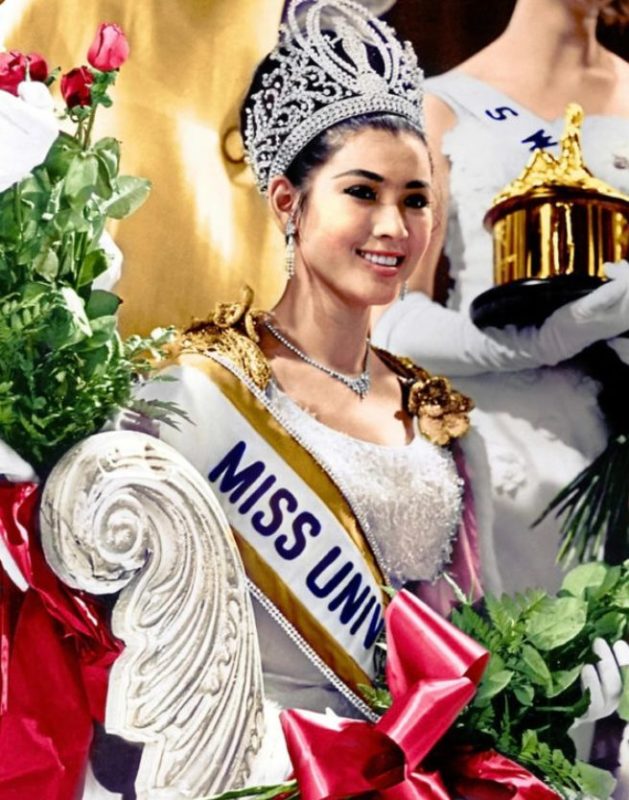 It is not surprising that the queen of Thailand acted as a mentor to the contestant.

During the competition, Apasra invariably attracted the attention of the audience and the jury, the girl did not speak English very confidently and was shorter than other applicants. Her height is only 1.64 m.

But her refined manners and demeanor and sincere smile immediately endeared her to the public.

Unexpectedly for herself, the girl received the coveted crown and immediately became one of the most popular people in her country. Clever and beautiful, and even enjoying the patronage of the royal family, she immediately became an enviable bride. 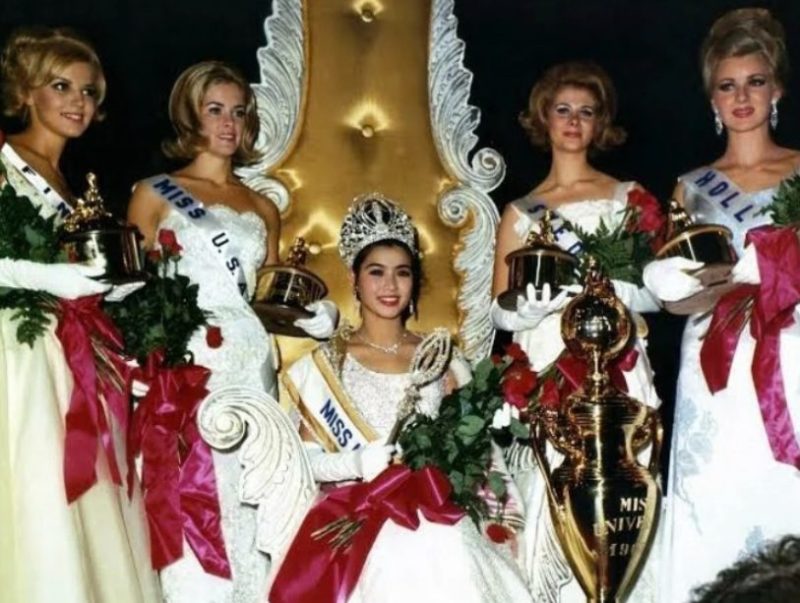 The girl chose the Queen’s cousin as her life partner. Even before her marriage, Apasra received the honorary position of cultural ambassador in the Ministry of Tourism.

The personal life of the Thai beauty did not work out. She had a son in marriage with a royal relative, but the couple broke up a few years later.

The second marriage also did not last long and also gave the woman a son. Failures in family life did not affect Apasra Khongsakula’s ability to work and love of life.

The woman still has influence in society and is part of the royal family. Today she is the owner of a successful business, watch brand Raymond Weil Watches and a state-of-the-art spa in Bangkok. 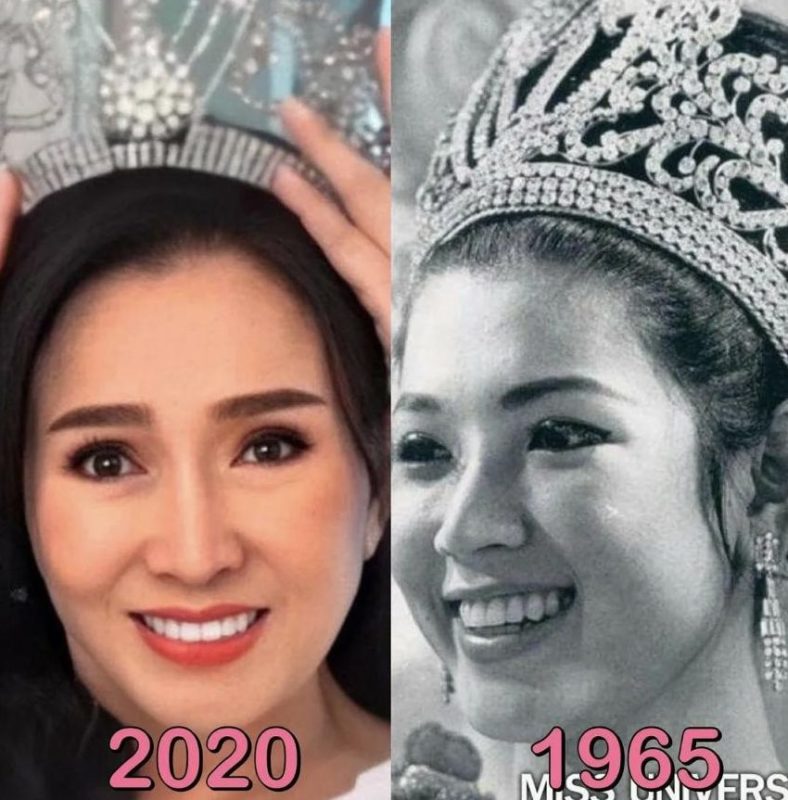 Her sons have long made her a grandmother, but few people will not be amazed looking at the chiseled girlish figure, luxurious hair and radiant skin of an elderly woman.

The former Miss Universe assures that youth and beauty are the result of discipline and attention to your diet and schedule. She sleeps a lot, eats healthy foods, never misses workouts and daily cosmetic procedures.

In the Masai Mara National Reserve, extremely rare brown zebra was born with polka dots instead of stripes
Interesting News
0 209

Abandoned by his owners, the dog was taken in by the owners of the gas station and received a job
Animals
0 330