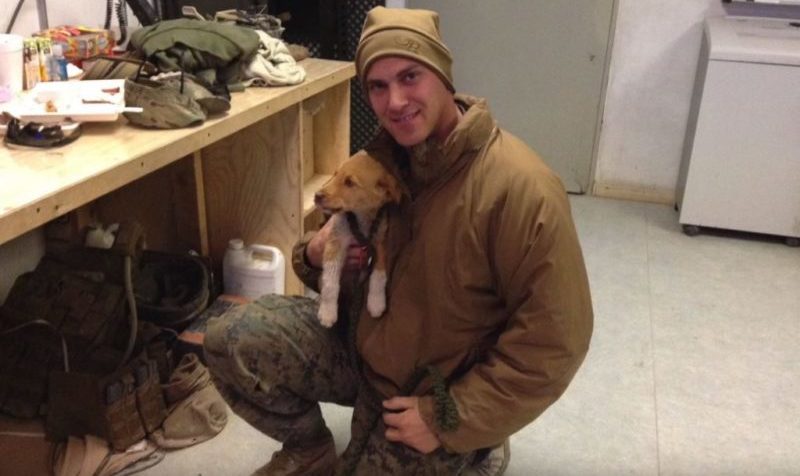 In Los Angeles, the family of U.S. Army Sgt. Jacob Fisher had an exciting introduction to a dog he rescued while serving in Afghanistan. 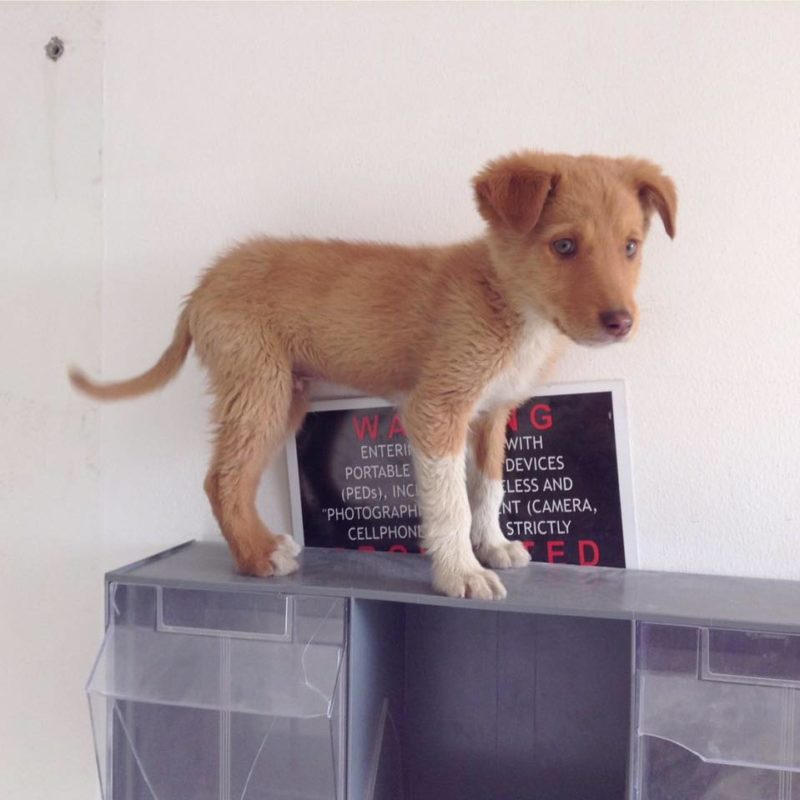 The Marine managed to negotiate with the command, and his four-legged friend was taken to the United States by military aircraft after Fisher himself returned home.

Sergeant Fisher was on guard, guarding the American military base. 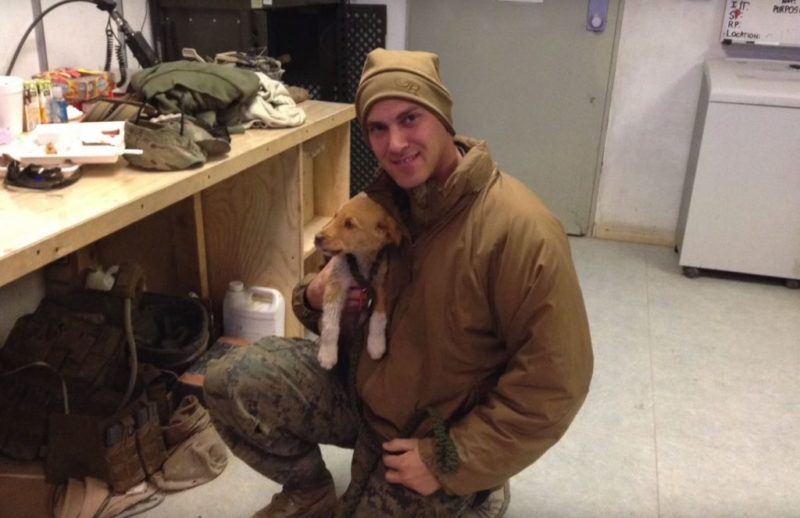 He had just returned from his post for a short rest when his colleagues informed him that someone had been caught in a trap.

Traps were set around the perimeter of the base as protection from wild animals.

Jacob went to check who exactly fell into the trap, and he saw a small puppy! 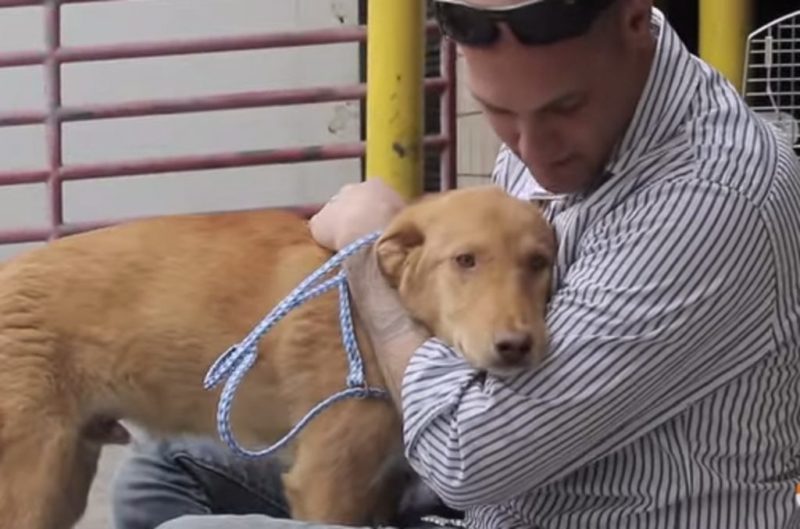 The sergeant freed him from the trap and took care of him.

The puppy was named Jax. He was weak, hungry, shivering from the cold.

When Jax got stronger, Fisher realized that he had become attached to the puppy.

And the dog did not want to part with the man. 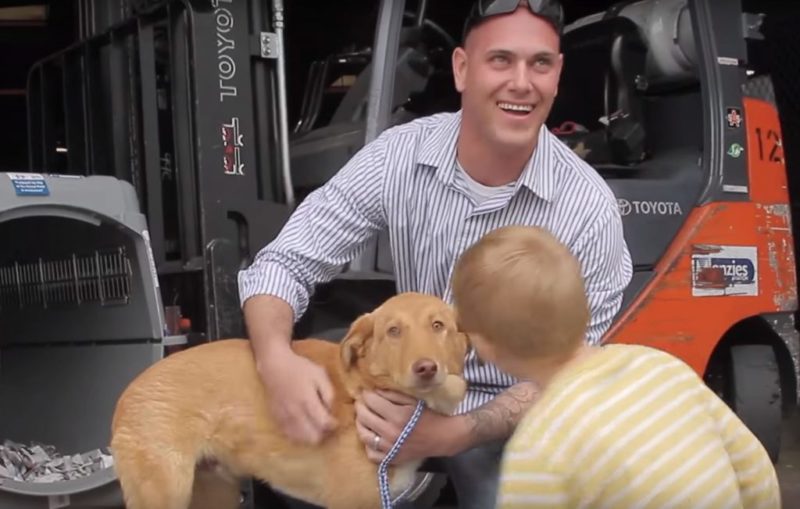 The command allowed the sergeant to leave the puppy at the base.

Jax lived in Fisher’s room. The Marine admitted that the animal created an almost homely atmosphere.

But now the term of the sergeant’s stay at the base has come to an end. 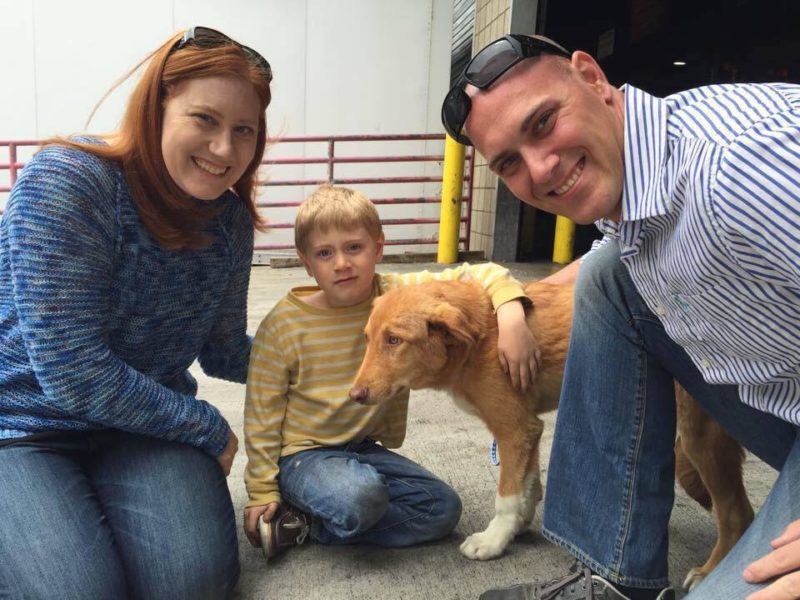 He flew from Afghanistan to the United States, where his wife Michelle and son Kayden were eagerly waiting for him.

Fisher could not immediately take the grown-up Jax with him.

But he did not give up hope that the four-legged friend would still be in Los Angeles. And it happened! 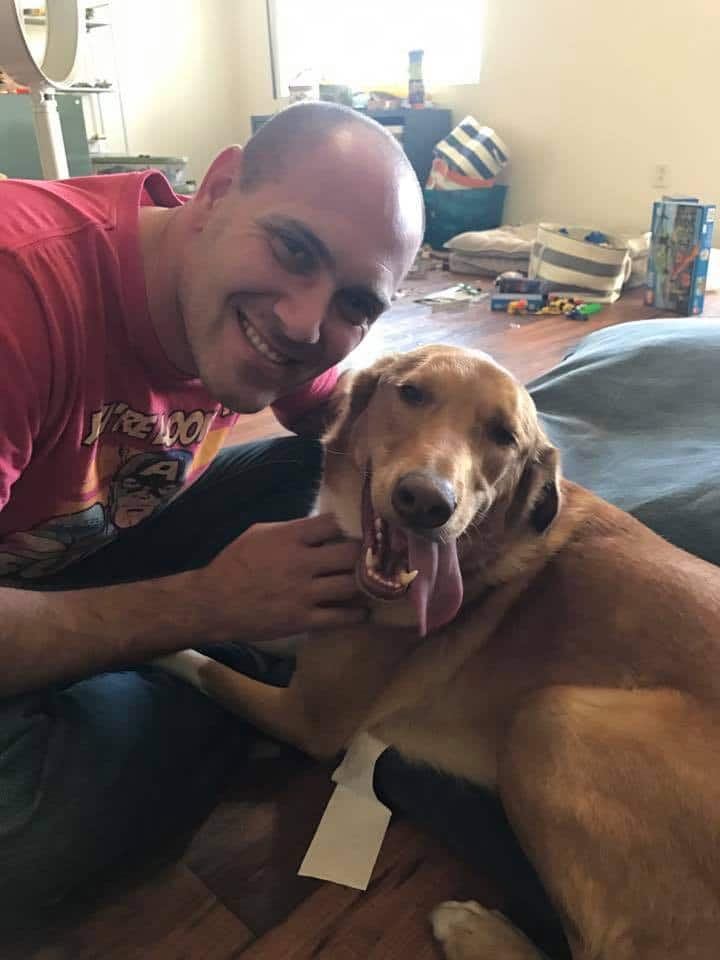 Jax, of course, was very nervous when he was on board the plane, but what joy it was when he saw Jacob!

“Now we have a real family! Dad, mom, me and the dog!” Kayden told reporters.