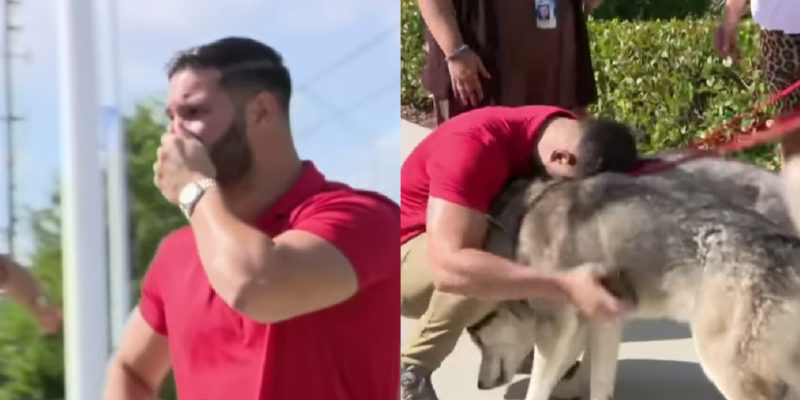 Pet owners will understand that there is nothing worse than losing a pet.

There is nothing worse than knowing that you will never see your dog or cat again. However, it is the best feeling ever when you are reunited with your beloved pet. 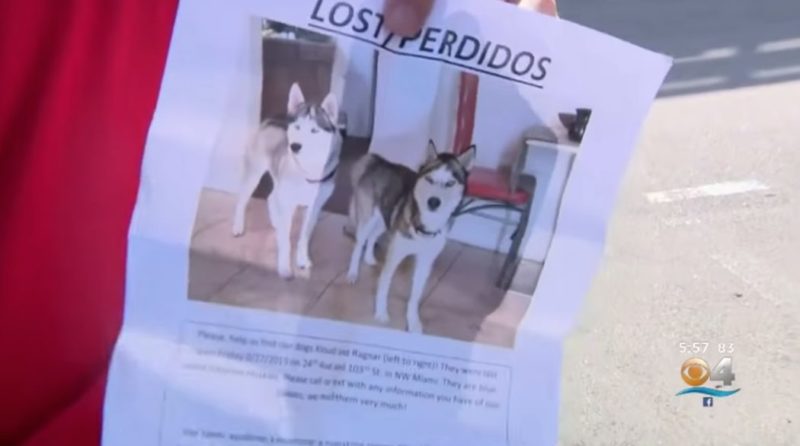 This event was especially joyful for a man who lost two of his dogs. And their unexpected and emotional reunion was caught on camera.

In 2019, Miami-Dade Animal Services teamed up with Ocean Drive Magazine for a photo shoot.

In this photoshoot, the models posed with homeless animals looking for a home to help get them adopted. 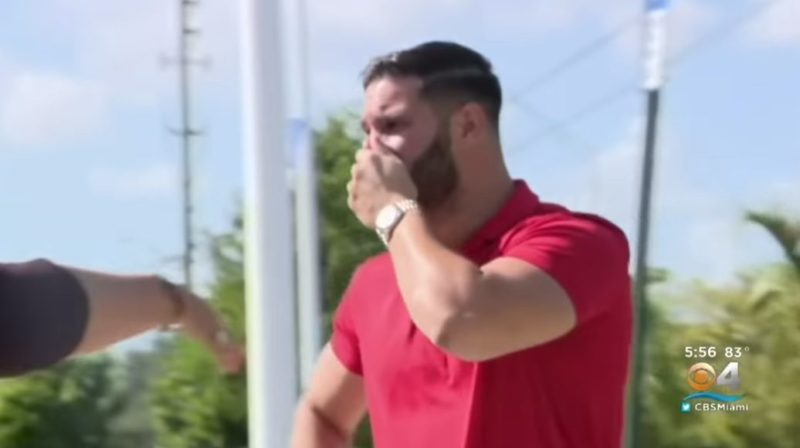 Among the stray dogs were two Siberian Huskies. During their photo shoot, the shoot was interrupted, and a young man ran up to the dog.

What he started screaming shocked everyone. He said: “That’s my dog, dude!”

The man’s name was Sandy Hernando. It turned out that a few days ago, his two favorite Siberian Husky dogs named Ragnar and Cloud went missing. 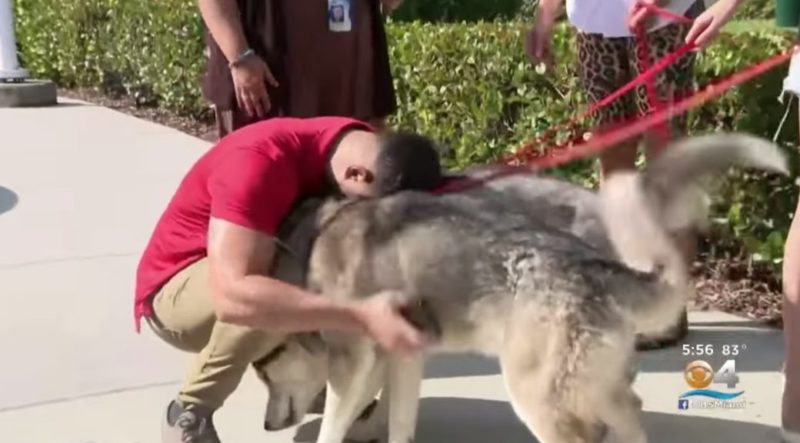 He searched for them for a very long time, hung flyers everywhere, and finally received a long-awaited call from a man who said that he had found his dogs.

The guy called him and said that he brought these dogs to this place. So Sandy decided to run up here and see them.

He ran there just at the moment when his dogs were being photographed.

He was so excited and in such a hurry that he didn’t even park his car.

Huskies were also happy to see their owner. This touching and heartfelt reunion was caught on camera.

The workers were happy to see the man finally find his pets.

Despite the happy ending, Sandy decided that he would no longer take such risks and chipped his dog so that in the future if they were lost again, he would quickly find them.

Interesting News 0 27
Netizens can’t get enough of Brooklyn Beckham and Nicola Peltz, who got married in

This man turned his farm into an animal shelter, which has not only dogs and cats, but also other animals in need
Animals
0 520

Albino girl was born in Mexican family: now she has grown up and has become a beauty
Interesting News
0 383

When the stray dog saw the car door open in the parking lot, she jumped inside hoping for help and since then her life has never been the same
Animals
0 791