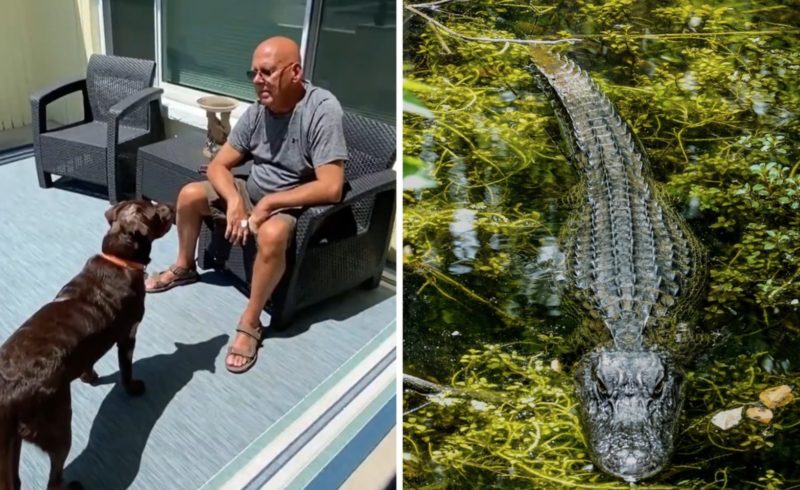 One day, Mike McCoy, as usual, went for a walk with his Labrador Jake in the Holiday area (Florida, USA).

The owner and the dog were walking next to a small pond, when suddenly a huge three-meter alligator jumped out at them. He grabbed Jake and dragged him into the water. 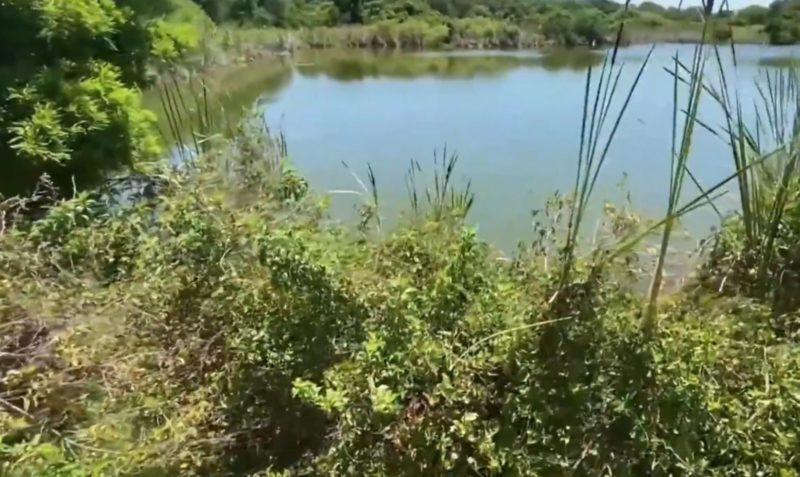 Mike didn’t want his four-legged friend to become an alligator’s dinner, so without hesitation, he jumped into the pond after the animals.

“Jake could have died because of this huge thing”, – Mike said.

The man instantly remembered everything he had ever read about alligators and tried to put his knowledge into practice.

He hit the crocodile in the eyes, and then partially pulled it out of the water so that it could not swim far away.

In the end, the reptile let go of the dog and swam away. But before that it managed to bite Mike a couple of times.

“If I hadn’t remembered what I had read about alligators, I wouldn’t have been able to help Jake so quickly. Just because I knew what I was doing, I felt confident in the fight against the alligator”, – Mike says.

The fight between the man and the alligator was watched through the window by a teacher who worked at a nearby school.

She reported the incident to the school nurse, and the woman rushed to help the victims.

The nurse bandaged Mike and Jake’s wounds. And then they went to the hospital to get stitches for the alligator bites.

Now the owner and the dog are at home and are gradually recovering. 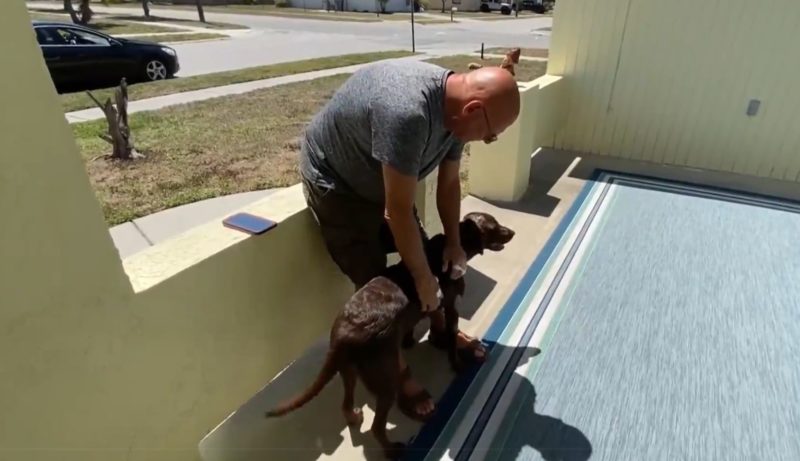 Florida authorities are trying to find the alligator that attacked Jake and Mike, as he is clearly a danger to the local population.

The animal is going to be captured and isolated to prevent further attacks.