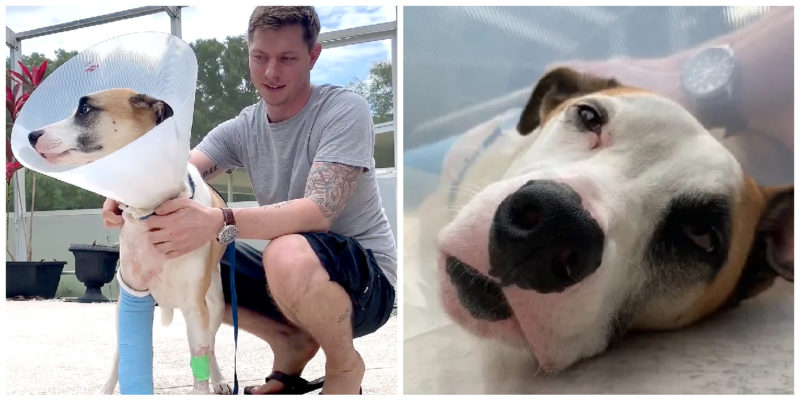 A 13-foot alligator tried to drag the dog into the water. The owner had no choice but to engage in battle with a dangerous predator.

In early June, a resident of Wesley Chapel in Pasco County, Florida – Trent Tweddale – was walking around the territory of his farm, when suddenly an alligator emerged from the marsh and grabbed his six-year-old rescue dog Loki. 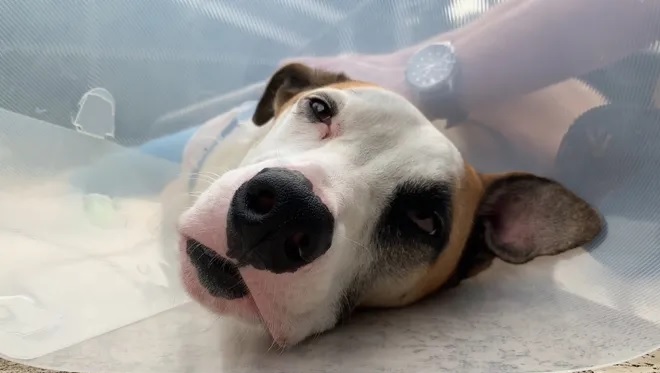 It began to pull the dog into the water by the paw. Trent tried to pull the pet by the collar, but the predator did not give up.

Then the man decided to take a desperate step. He went into the water and began to hit the alligator on the head.

Soon the predator retreated, leaving the wounded Loki on the shore.

The dog’s paw was severely injured and required emergency surgery.

“Loki’s bones were sticking out, Trent recalls with horror. – The paw was just hanging by a shred. Doctors had to reconstruct it with metal plates. We hope he can walk again someday.We love our dog a lot and I’d fight tooth and nail for him.”

Trent himself escaped with a few scratches.

In the mating season, which lasts from April to June, crocodiles are most dangerous – animals become more active and aggressive.

After the incident, the man set up an alligator trap, hoping to catch the crocodile before it attacks anyone else. 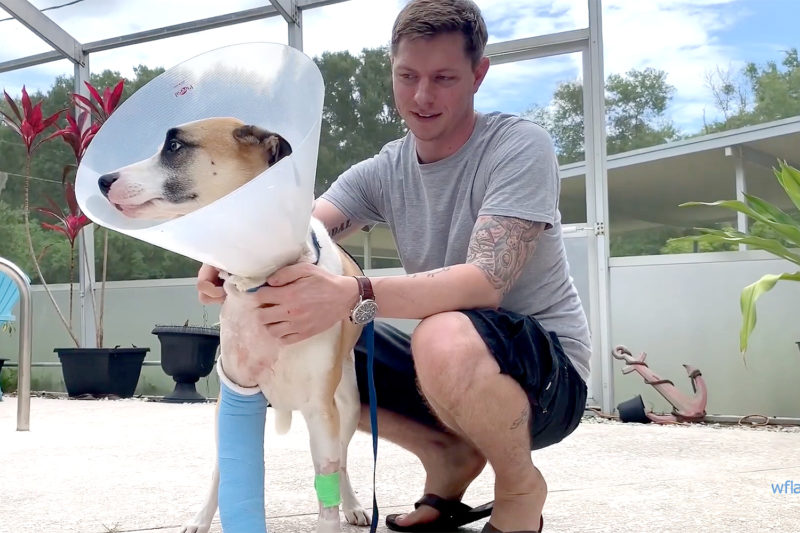 He tried to lure the reptile with a rooster, but so far nothing has come of it.

Trent does not give up hope of ridding the county of a dangerous predator – especially since the local wildlife control service is ready to move the alligator to a place far from people.

Freddie is 7 feet tall and weighs 200 pounds, Guinness recognizes him as the largest dog in the world
Interesting News
0 150

After her husband’s death, the old woman has no greater joy than the dog that helped her survive the grief
Animals
0 165