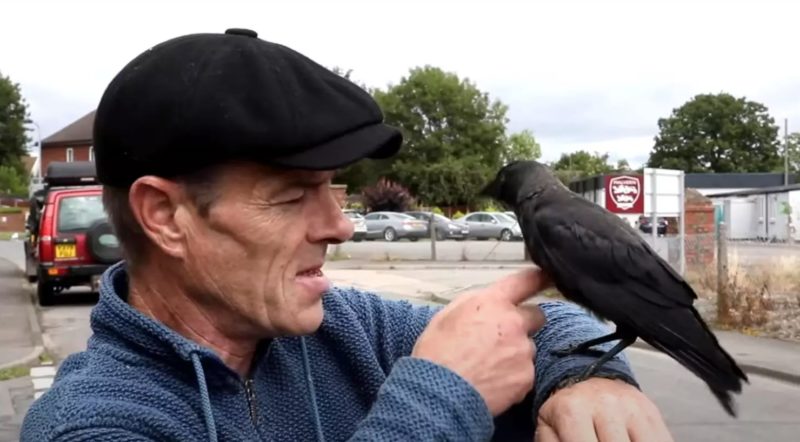 One evening in May, Michael Smith, a 55-year-old construction worker from Worcestershire, England, noticed an injured little jackdaw lying on the side of the road while riding his bicycle home. 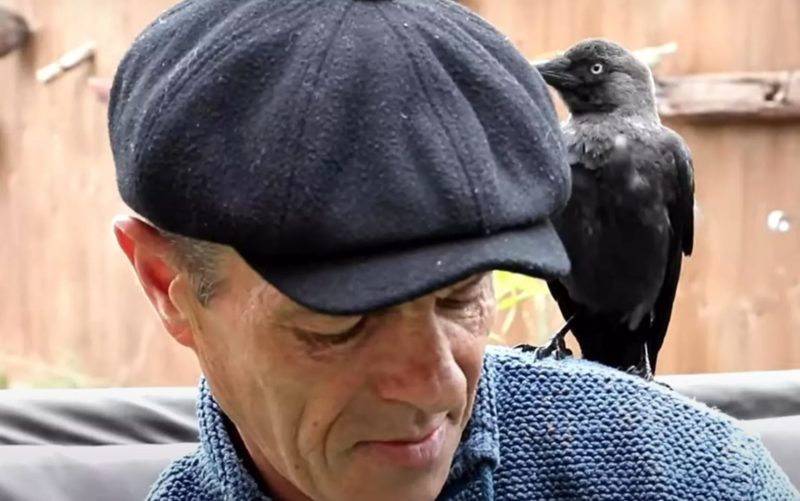 The man picked up the unfortunate bird and took it home

When Michael examined the jackdaw, he noticed that he had an injured wing, and suggested that some kind of animal had attacked him.

The man made a cozy nest for the feathered one, whom he named Patch, fed him and began to treat him.

It took Patch about four weeks to recover and start flying again.

During this time, he became close friends with his savior and did not want to leave him. 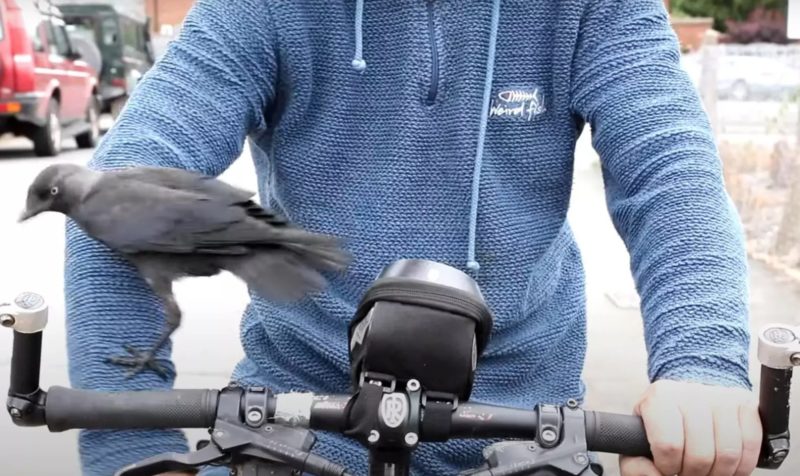 Then Michael made an aviary in the garden for his feathered friend. And now he constantly flies to visit the man, and sometimes even spends the night in his house.

“I love nature and animals, so I couldn’t leave Patch injured on the road. Now he is my best friend and I spend a lot of time with him. Patch is a wonderful pet, and many people love him: they often talk about him in the city, and if I walk without him, everyone asks where is my feathered friend?” Michael said.

Patch is very attached to his two-legged friend: each time he meets him, he lightly touches him with his beak, as if kissing him, and squeaks happily.

“Sometimes people call me a bird charmer or a birdman, and I take it quite calmly. I was pretty well known in my city, but now, thanks to Patch, I have become known far beyond its borders. And it’s great.” Michael said.

Max, the Miniature Schnauzer, lost for 2 years is reunited with his family just in time for Christmas
Interesting News
0 296