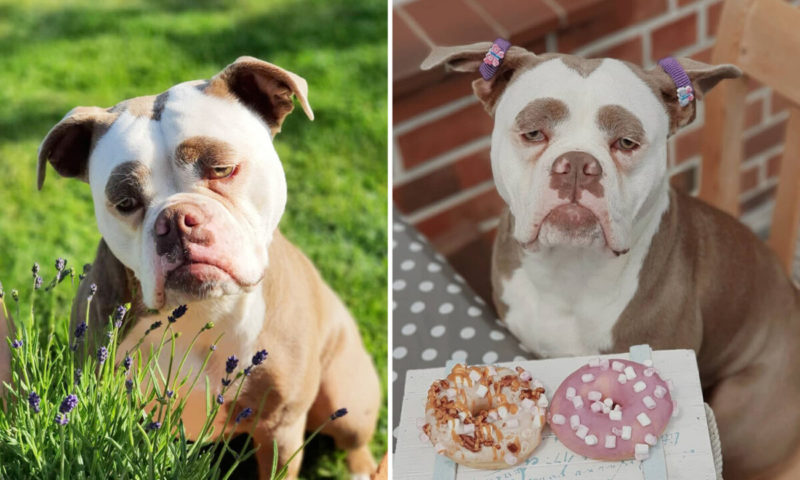 A dog from Germany with an interesting name, Madame Eyebrows rightfully deserved the title of the saddest bulldog in the world, but not at all because of her character or psychological problems, but because of the unusual color of her face. 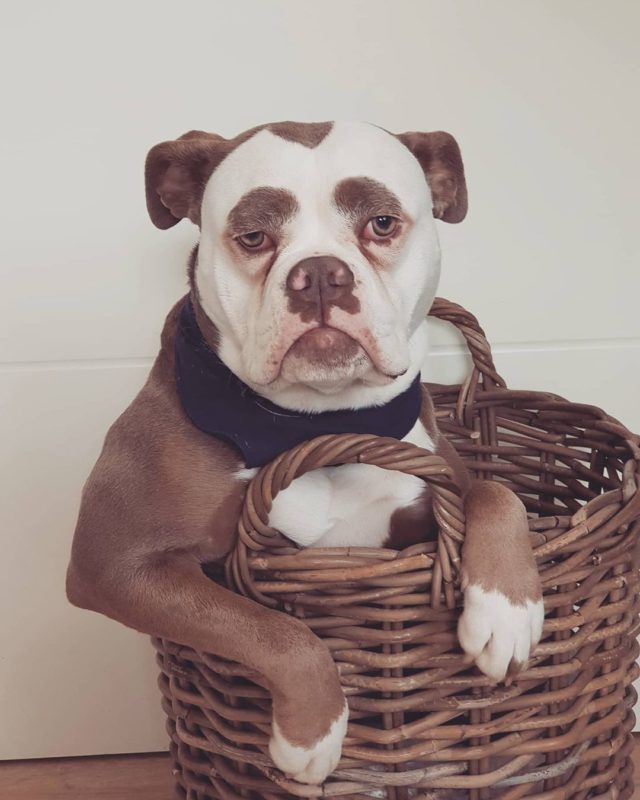 Nature has had her fun, rewarding the dog with two wide dark stripes that slide down to the outer corner of her eyes.

Because of them, a sad mask forever froze on the face of the bulldog.

At the same time, as her owners assure, the appearance of their pet does not at all correspond to her character.

Madame Eyebrows is actually a happy and energetic dog, far from the image that is attributed to her on social media.

On Instagram, the unusual bulldog has a whole army of fans.

Already, more than 133 thousand people have followed her page. It was them who came up with the dog’s name, Madame Eyebrows.

Before photos of the four-year-old pet of the German couple appeared on social media, the family called her Thea.

But the funny name was so liked by people and so firmly entered into circulation that Janina and her husband gave up.

According to Janina, she realized that the dog would be different in appearance from her relatives a few days after her birth, when the fur began to darken over the puppy’s eyes. 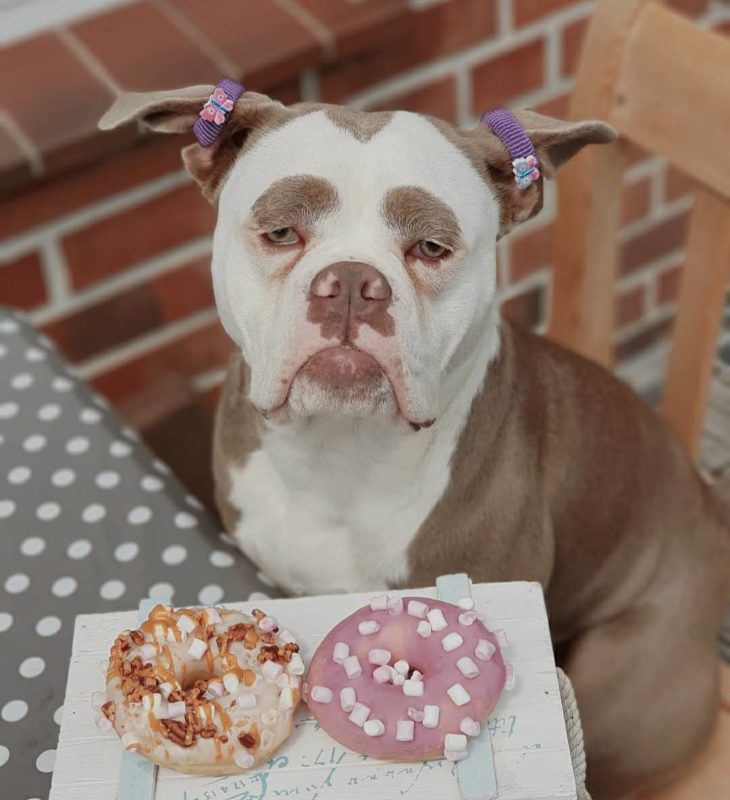 Wherever Madame Eyebrow appears, she always becomes the center of everyone’s attention.

In 2018, photos of the dog were even printed in local newspapers and magazines, calling it an animal with “immunity to happiness.”

According to psychologists at the University of Portsmouth, there have been significant changes in the anatomy of canine eyebrows over the past few hundred years.

They evolved through the process of domestication in such a way that the emotions and feelings displayed by the dog became more understandable to people. 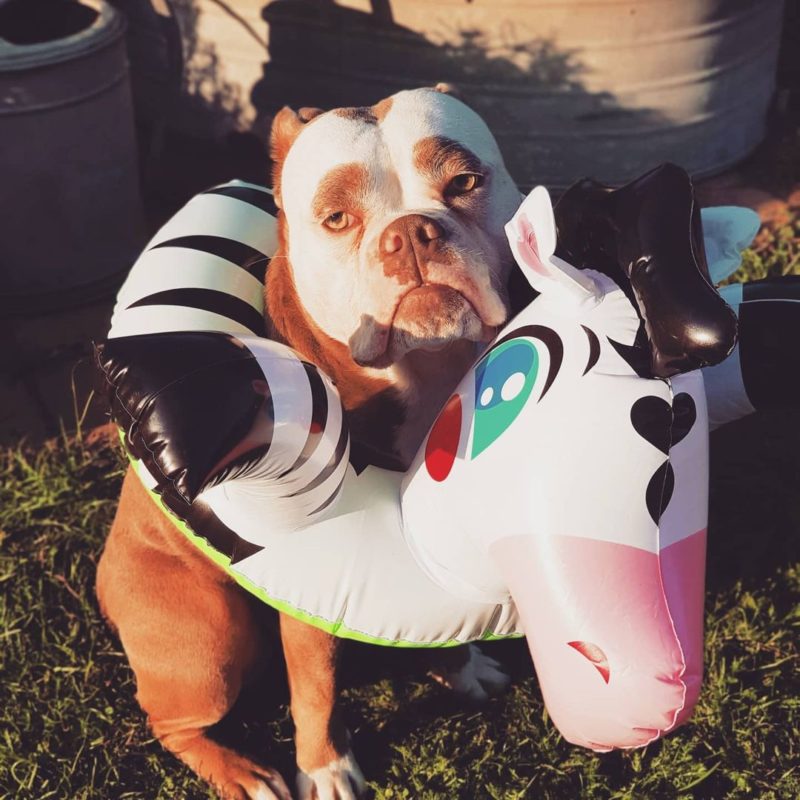 Madame Eyebrow’s case is an exception.

The expression on her face does not reflect what the dog feels.

And even more – her sad look almost always turns out to be out of place, which never ceases to make people laugh.

But the owners love their pet for who she is.

In India, stray dog interrupts a fashion show and steals all of the attention
Animals
0 97

In order to become the perfect babysitter for his owner’s baby, the dog learned a lot of useful tricks
Interesting News
0 92