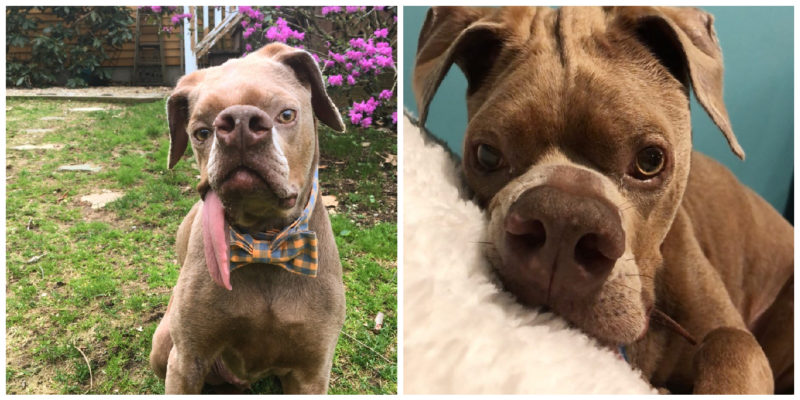 This story of ours is about a wonderful dog named Murray, who already had many health problems at birth.

He had a deformity of the skull and for this reason his face is unusual, and his nose is too large. 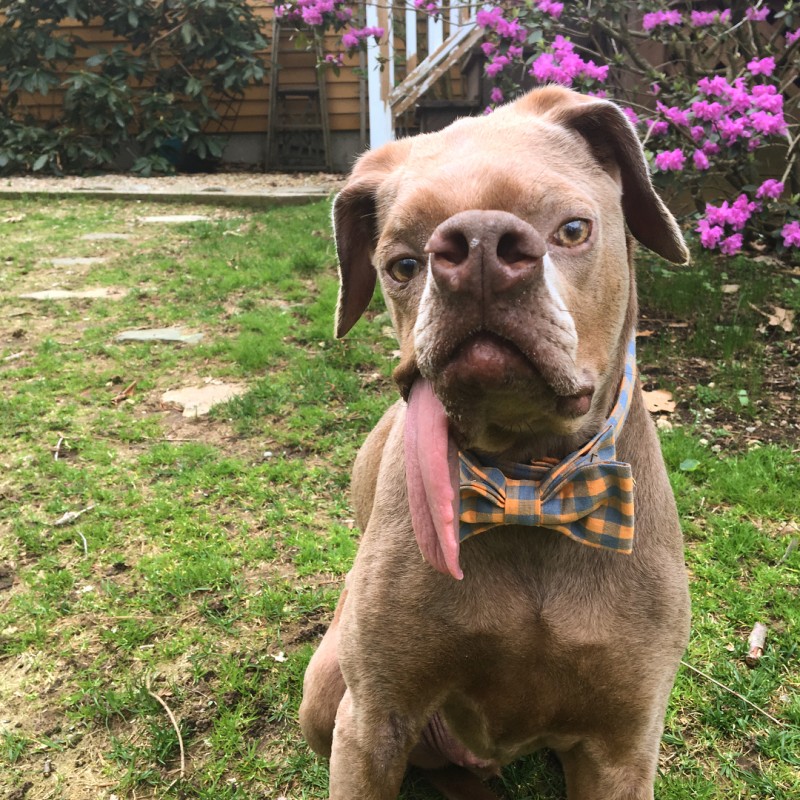 This affected the organs of his respiration and the nervous system. And most of the dogs that are born with this feature do not survive.

Murray and his brothers were found on an abandoned beach in Puerto Rico.

The local population often abandons their pets here. And the place has earned a bad reputation as a place where dogs are sent to live in terrible conditions. 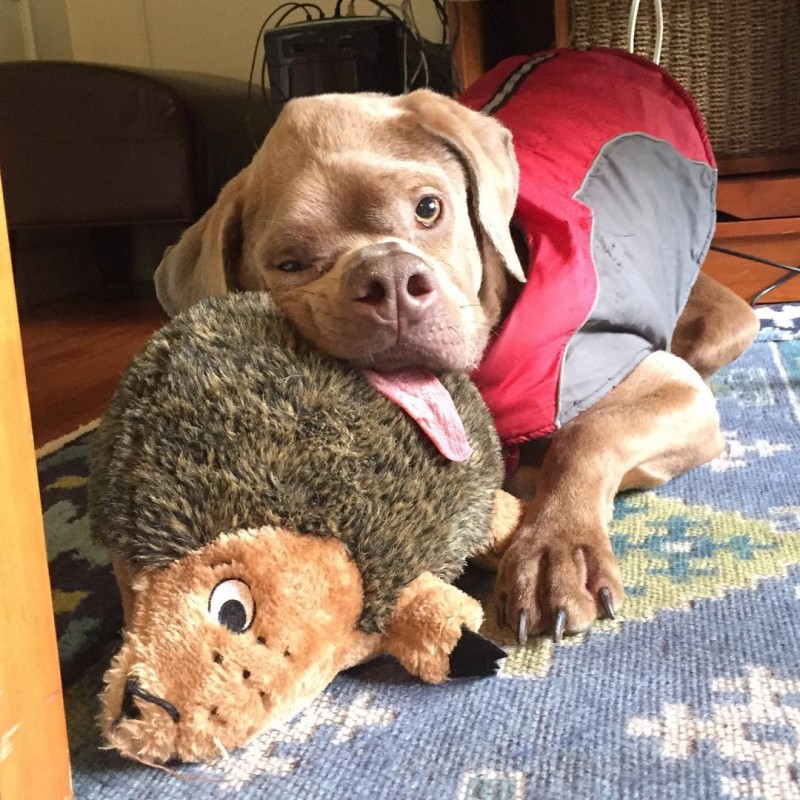 Murray’s brothers very soon died due to the plague, and he was found in very poor condition.

The doggie was incredibly weak and the veterinarians, without giving him a chance, decided to send him to the rainbow.

When the dog had already been transferred to the table and a syringe was drawn up, he began to look with his sad eyes, and then wagged his tail and the vet didn’t have the heart to do this, which was the beginning of his salvation.

As Murray grew up, he developed many health problems. He lost part of his teeth, which prevented him from closing his jaws and keeping his tongue in his mouth. 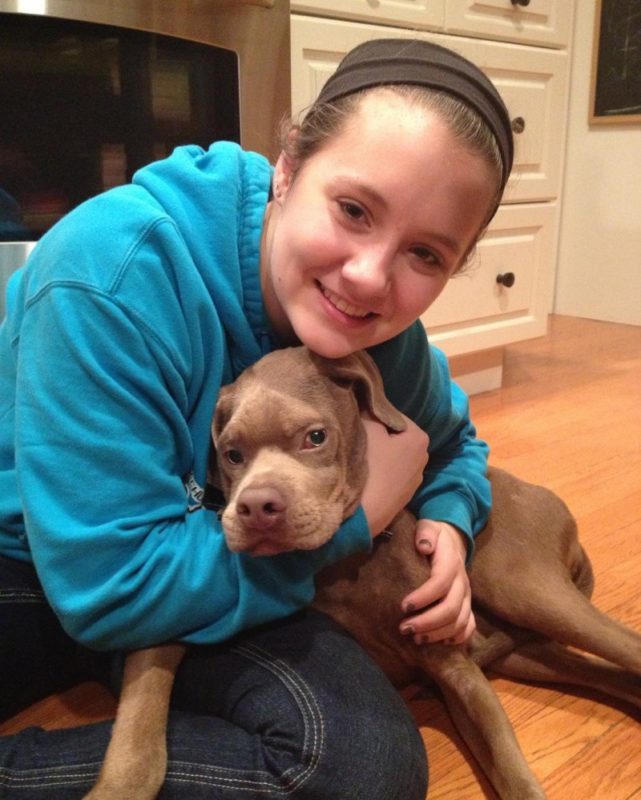 But a girl named Mackenzie decided to give him a chance, considering the dog’s strange face to be his special thing.

Murray was transported to another state with the help of an animal protection organization.

And now he has a happy family life and his own Instagram page.