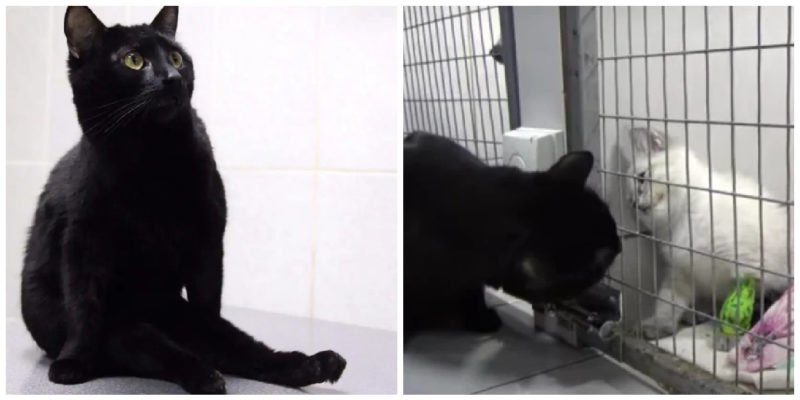 In Perm, Russia, a cat named Lucifer lives in the veterinary clinic.

Rather, he does not just live there, he works there. 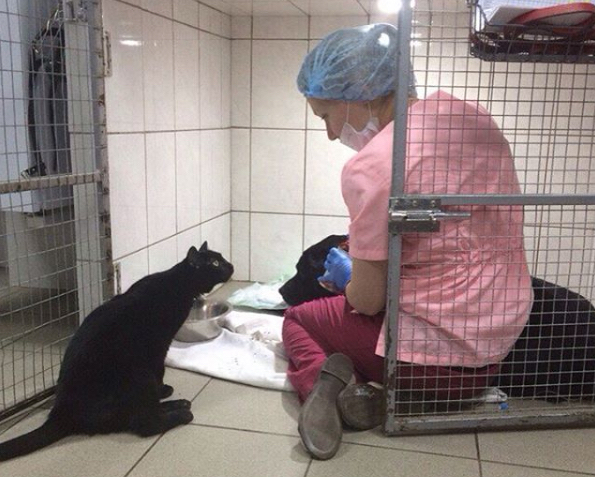 The clinic workers call the black handsome Lucik a member of the team, because he is doing a very important job.

Black as night, handsome Lucifer ended up in the clinic with a broken spine – his hind legs were paralyzed.

He knows very well what it means to be helpless, abandoned and doomed.

Perhaps that is why, as soon as Lucik was able to move, using only his front legs, he wanted to communicate.

One day, the clinic workers noticed that, being next to another sick animal, Lucifer sat at his side and began to purr loudly, as if trying to calm the patient. 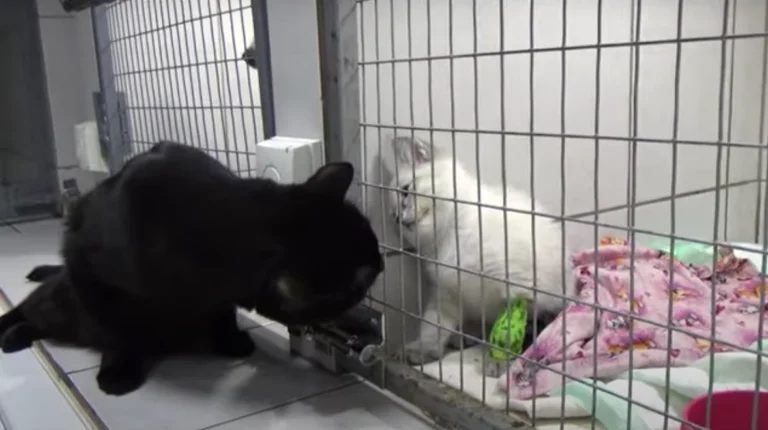 Veterinarians assure that in the presence of a black cat, other animals feel more relaxed and calm.

The workers took several pictures showing how Lucifer works. These dogs could not calm down until the furry specialist was near the cage. 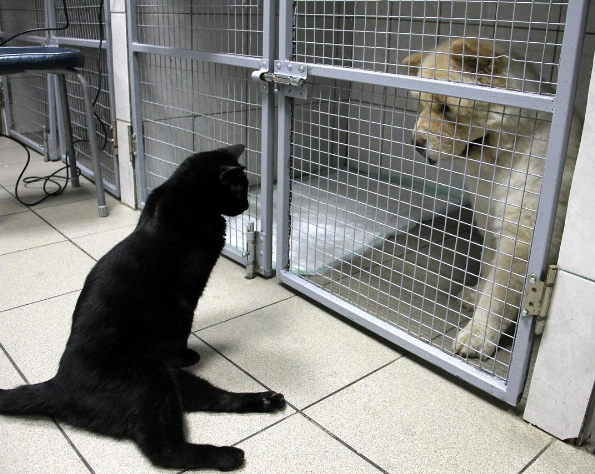 In addition, the black cat became an honorary donor of the clinic – his blood has already saved numerous lives.

And, of course, one must admit that Lucifer is just a handsome man.

His huge green eyes are mesmerizing, the black fur glistens. 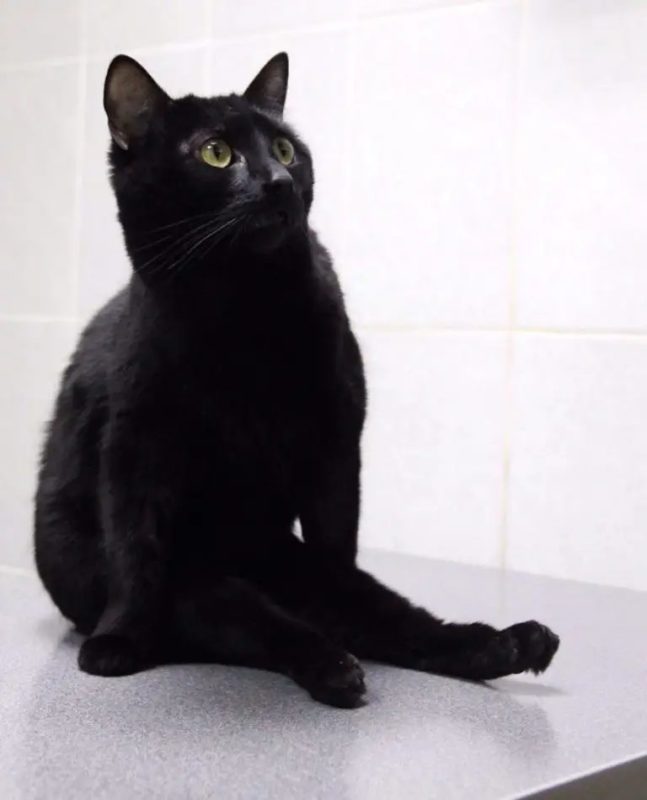 The clinic workers started a blog for Lucifer on the official website and on social media.

And soon the black cat became famous all over the world. Now he even appears in commercials.

In difficult times, we all need someone else’s attention, support and warmth.

And animals sometimes understand this better than people.

A man rescued a dog running down the road with a note, in which his sad story was written, attached to his neck
Animals
0 893

Nanna Merle, 98, knits tiny woolen jumpers for penguins to keep them from getting cold
Animals
0 133