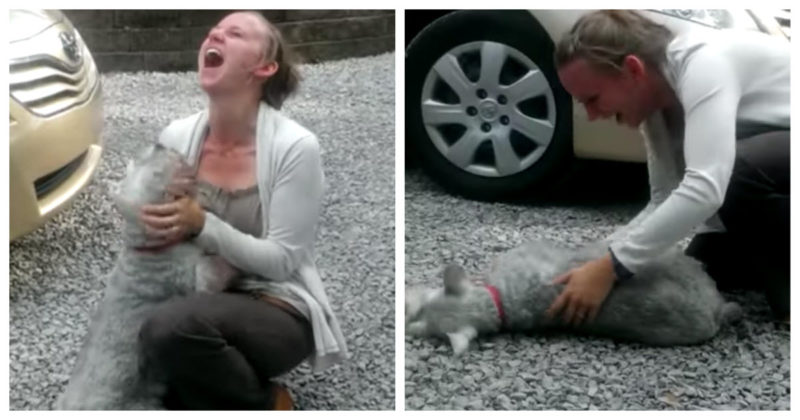 Animal psychologists say that pets, and dogs in particular, do not understand our going to work, going on vacation.

Dogs “think” that if the owner leaves, this is parting forever.

This theory is confirmed by a video that has gained on Youtube more than 5 million views, more than 17 thousand likes and 1.5 thousand comments from around the world.

In the video filmed on a smartphone, the girl meets her Schnauzer named Casey after two years of separation.

The dog’s emotions are overflowing with joy – he whines, and squeals, and jumps, and rolls on the ground.

The Schnauzer nearly fainted. The owners were so worried about him that they even took the dog to the vet.

Fortunately, everything is fine with the dog. And the owner probably promised that she would not part with her pet for a long time.

The description of the video says that it happened in Merrisville, Pennsylvania.

The owner of the dog worked in Slovenia for 2 years. The author of the video emphasizes that 2 dog years is equivalent to 14 years of life in human terms.

Interesting News 0 344
This man loves Tolkien’s Hobbit books. After retiring, he came up with the idea

Interesting News 0 170
Mary Johnson had a pretty tough year, so she decided to do something to

Interesting News 0 61
Recently, a man decided to go boating for a while. At some point, he
Leave a Reply Cancel reply
Recent Posts