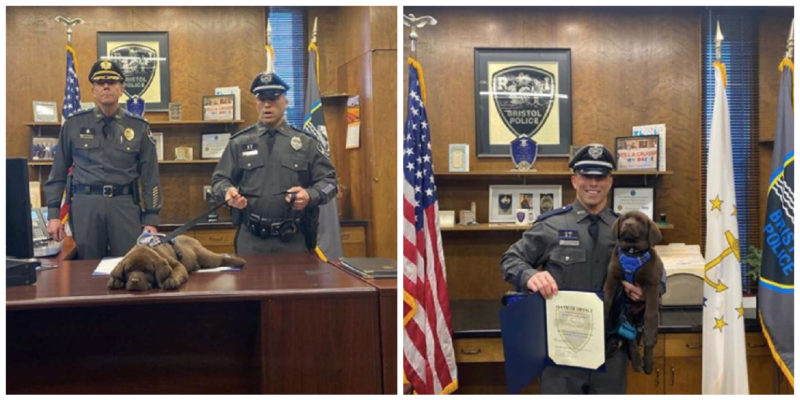 Tremble the lawlessness in the city of Bristol, which is located in the state of Rhode Island!

A new police dog has appeared here, according to which it is immediately clear that he will not spare law and order violators. 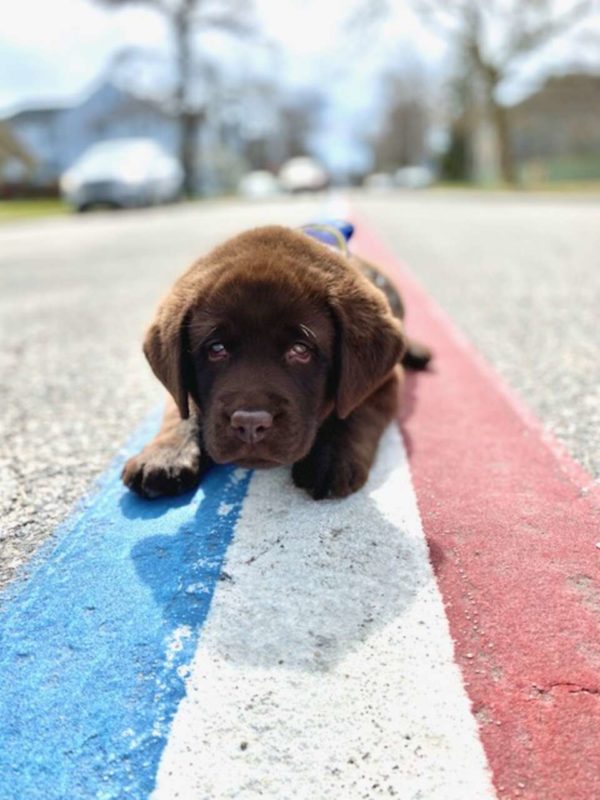 Most recently, he took the oath, although during the ceremony the puppy was just sleeping on the table, now Brody is officially the service dog of the K9 unit.

Two officers with a serious look are telling the press something, and the puppy is lying on the table.

Here it is – the face of law and order in Bristol!

The dog’s name, by the way, is a hybrid of the name of his native land: Bristol + Rhode Island = Brody.

In a few years, he will undoubtedly become a local law enforcement legend.

They even wrote about him in the newspaper! 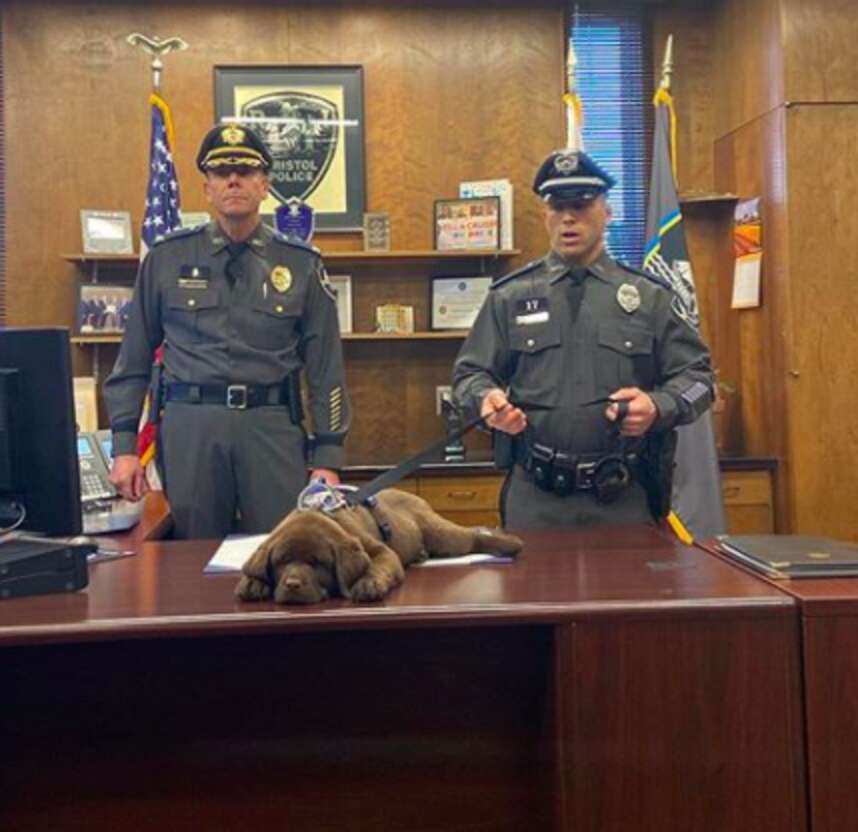 There, his owner Keith, also a police officer, communicates with followers on behalf of Brody: he talks about their work and constantly encourages everyone to stay at home.

How can you disobey such a handsome boy?

Brody is actually a therapy dog. 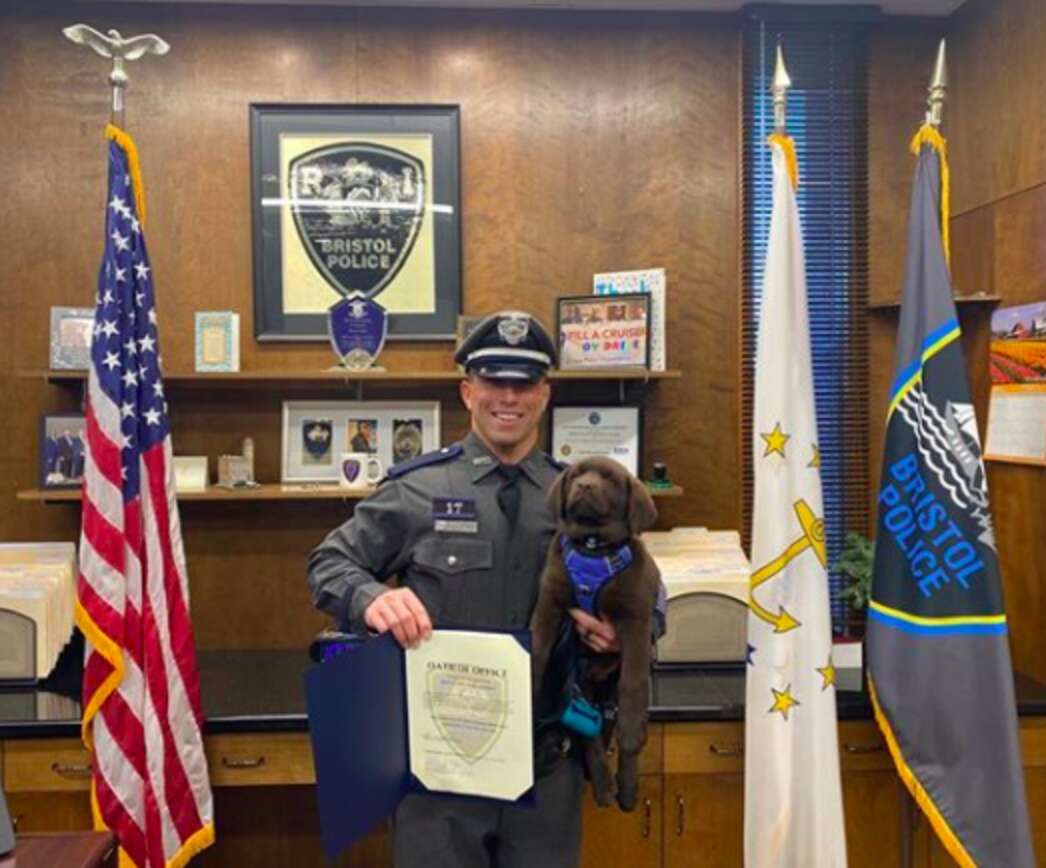 He will not chase criminals or look for drugs and bombs at the airport, his calling is to work at school.

The puppy will attend schools, libraries, nursing homes and various social events in the city.

Now he and the owner visit empty schools so that Brody gets a little used to such institutions.

The puppy has yet to pass all the exams and confirm the status of a certified therapeutic dog.

Let’s wish Brodie a successful service! From now on, you don’t have to worry about Bristol.

The dog comes to the police station to turn himself in, as he is a criminal, but his owner does not know about it yet
Animals
0 284