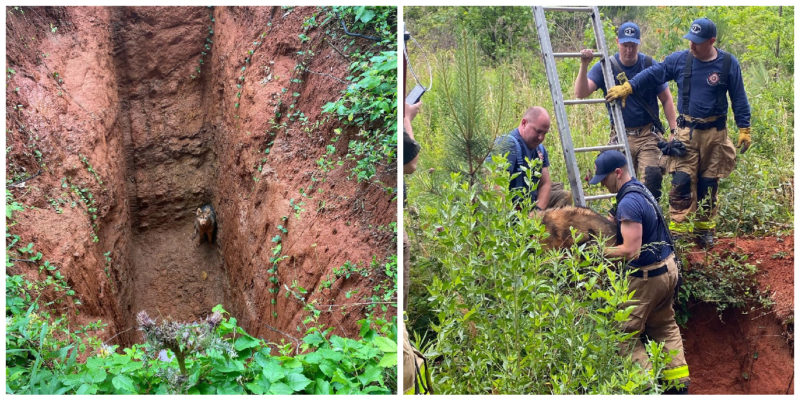 In late May, Ty McIntyre, returning from work, accidentally discovered a dog that had fallen into a deep hole.

The dirty dog ​​was sitting at the bottom of a 20-ft ditch and looked the man straight in the eyes, as if begging him to stop and help him.

Ty would not have been able to pull the dog out with his bare hands with all his desire. 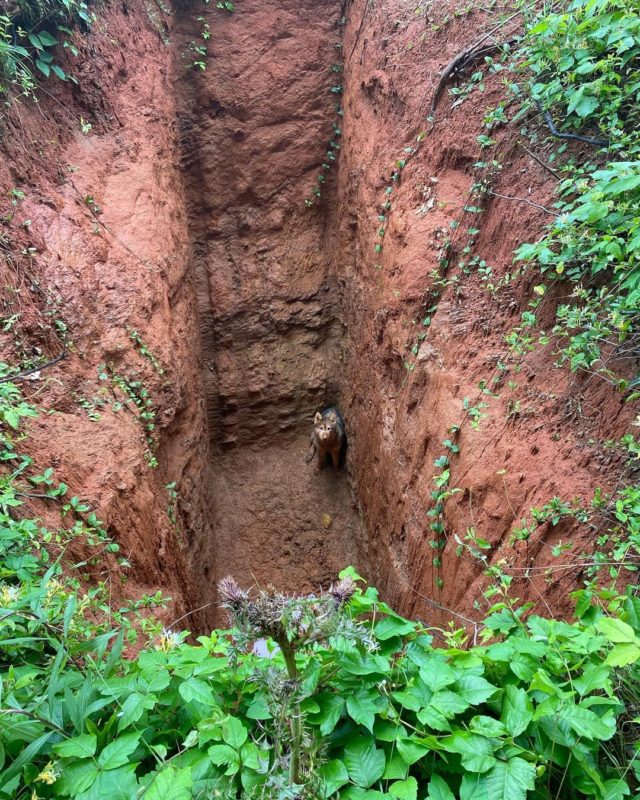 But he couldn’t leave the poor fellow to die either.

He described the situation and posted a photo of the dog, hoping that its owner would be found.

Immediately after that, Ty called the stray animal control service and asked them to come to the place.

Soon a rescue team and several firefighters arrived – without their ladder, it would have been very difficult to bring the animal to the surface.

The specialists worked quickly and accurately, and the poor dog ​​was soon rescued.

Despite the suffering he endured, he appeared to be healthy, only slightly dehydrated. 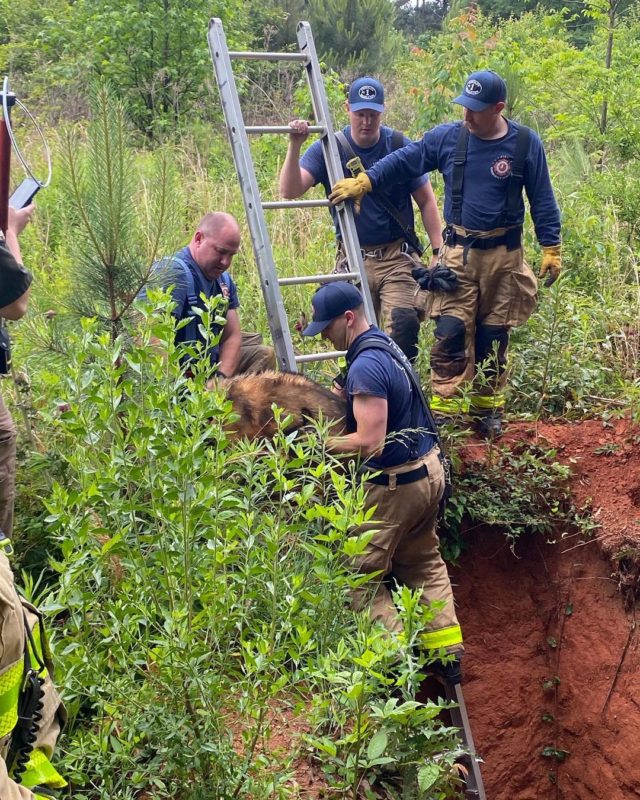 With the help of social media, the owner of the dog was also found, who hurried to take the pet home.

It is still unknown how the dog ended up so far from his house and ended up in a pit.

Perhaps he was so happy to be out for a walk that he dropped his guard and simply did not notice the trap in the ground.

Ty’s kindness and generosity did not go unnoticed. 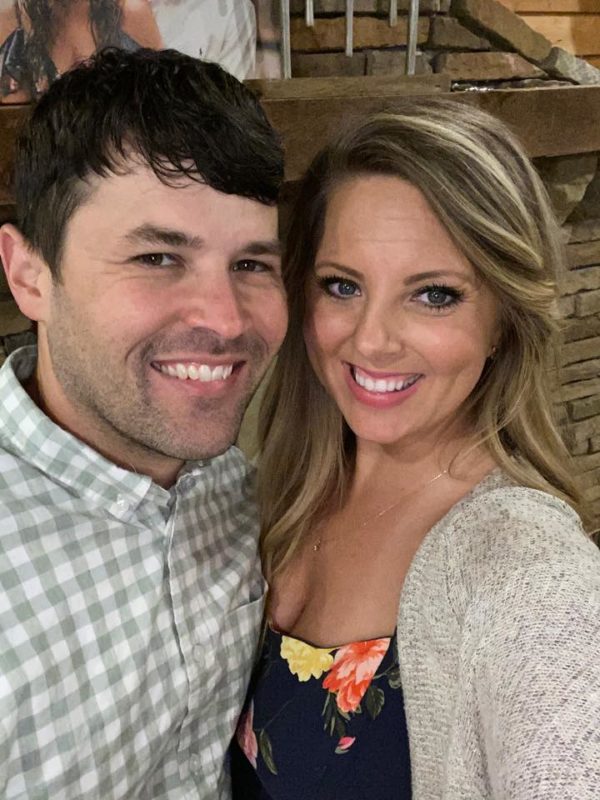 The Animal Control Service publicly thanked the man for his kindness, telling the story of the dog’s rescue on their social media page.

Ty himself does not consider himself a hero – after all, what is a couple of hours when it comes to the life and death of a living being.

Hilarious moment: a baby hippo yelled out for help after a flock of birds tried to hitch a ride on its back
Animals
0 281