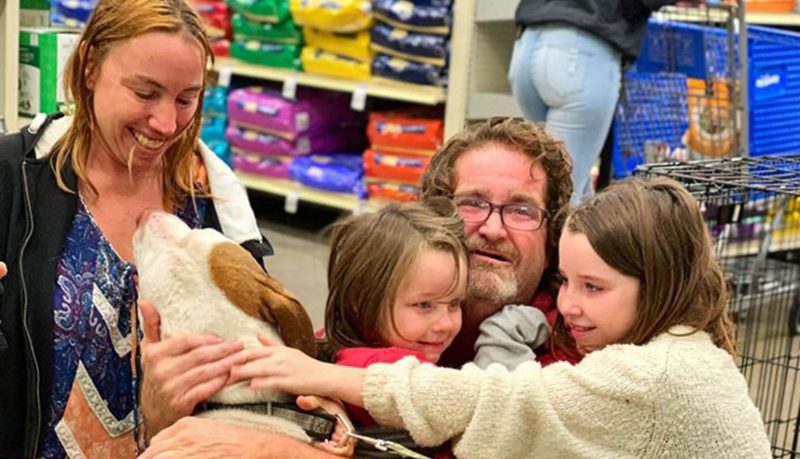 When pets go missing, their owners are overwhelmed with anxiety about what could have happened to their precious furry babies.

After all, it is difficult to accept the idea that the pet may never be found. 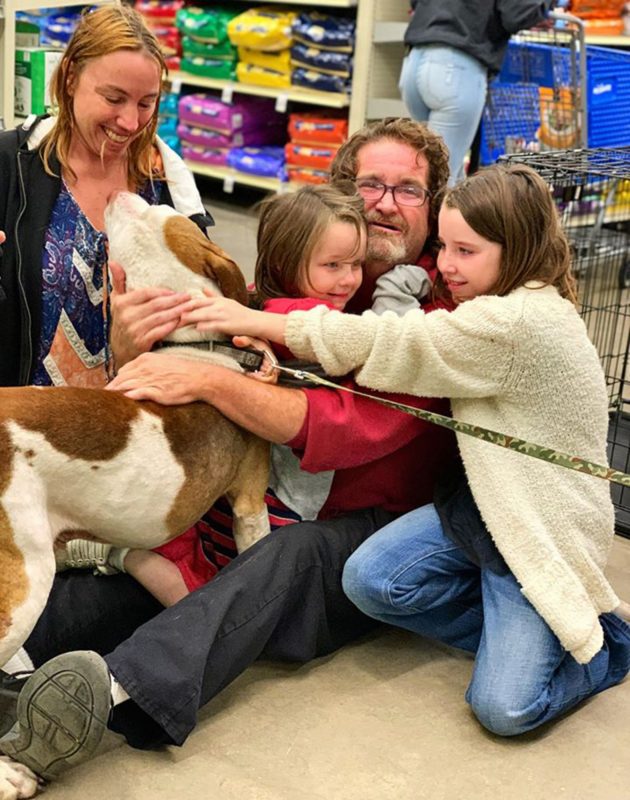 A family in Florida recently faced these feelings, which is why they went to a shelter to take on a new ward.

They never gave up hope that they would eventually bring their boy home.

However, it was decided to take another pet – a kitten.

As they queued up for an adoption event at their local PetSmart shelter, a miracle happened.

At first, the father of the family could not believe his eyes when he saw a dog on a leash, similar to the one they had lost.

This unusual reunion caused a storm of emotions among all family members and those who watched it from the outside.

“This is my Dopey!” – dad shouted in the store.

The dog heard the voice of his owner and instantly perked up.

The dog ran up and found his entire family standing right there. Everyone was delighted with what had happened.

On October 1, Dopey arrived at the Jacksonville Humane Society.

He was brought in by strangers who found him and realized that he was lost.

Thanks to the generosity of many people, Dopey found his way home to his family.

Humane society in Jacksonville rejoiced after reuniting Dopey and his family, but that wasn’t the last reunion story they got.

Just days later, the organization was able to donate another lost pet to its family. As the owners of the shelter say, this happens often.

“The main thing is to be on the right day, in the right place,” the owner of the lost dog said happily.

Let’s hope that Dopey won’t get lost anymore and will only delight his owners.

The woman saved baby ravens and when trouble happened to her son, the mother raven returned the debt
Animals
0 385

Every year, firefighter fosters a different shelter dog on the anniversary of his beloved dog’s passing
Animals
0 93