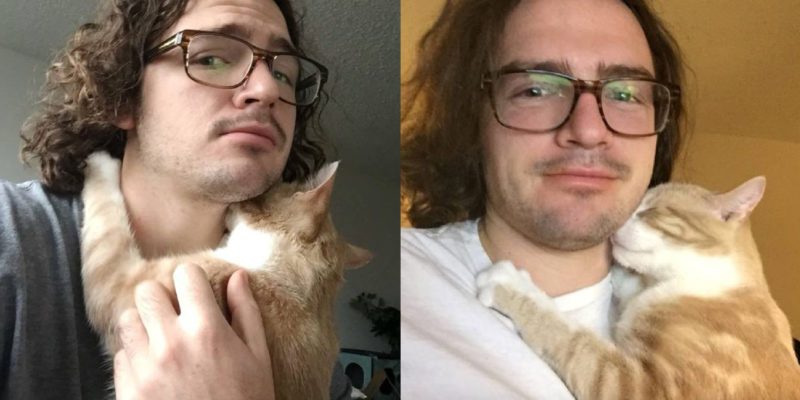 This is a story that will definitely make you believe in love at first sight between a cat and a human! 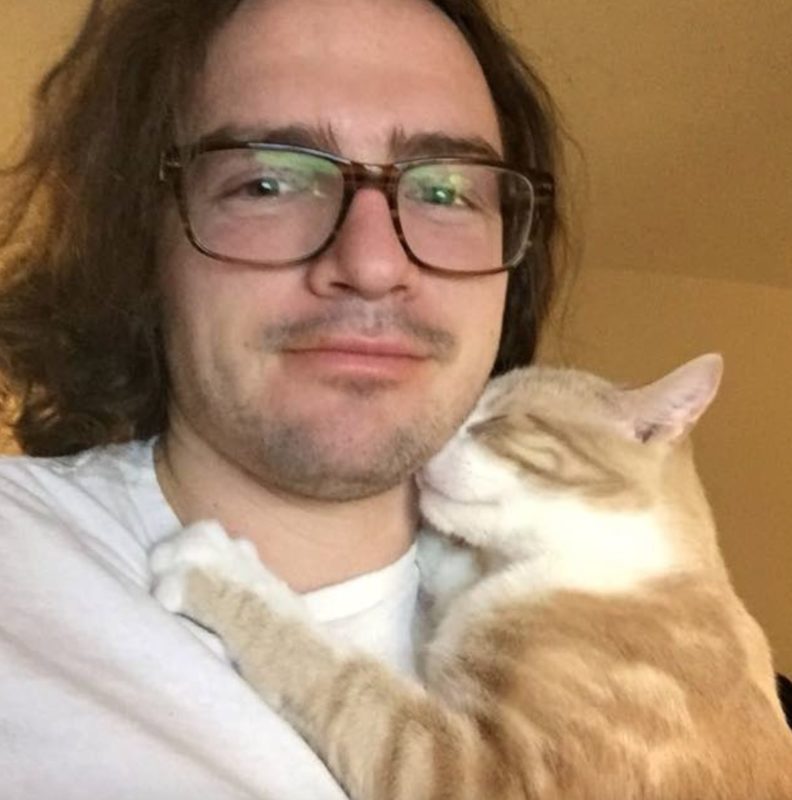 The cat returned the favor. Now he hugs his rescuer every time so passionately as if saying goodbye forever. 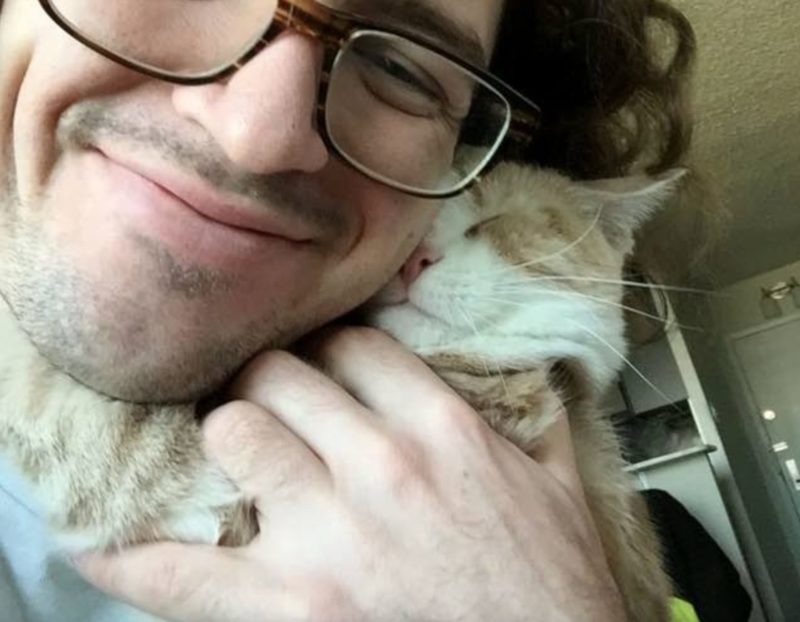 “We took him and his sister from the PAWS shelter in Philadelphia. They were three months old. This red pretzel immediately began to fall on my cheeks and neck, in search of milk.”

“We believe that he was separated from his mother too early. So now I’m his mommy,” says Luke, Butters’ owner.

Butters has been accompanying his human dad since the first day they met.

“He still rubs against me, tramples and tries to merge with me as much as possible in all available ways. I wouldn’t trade it for anything.”

Nothing makes Butters happier than hugging his beloved Luke. 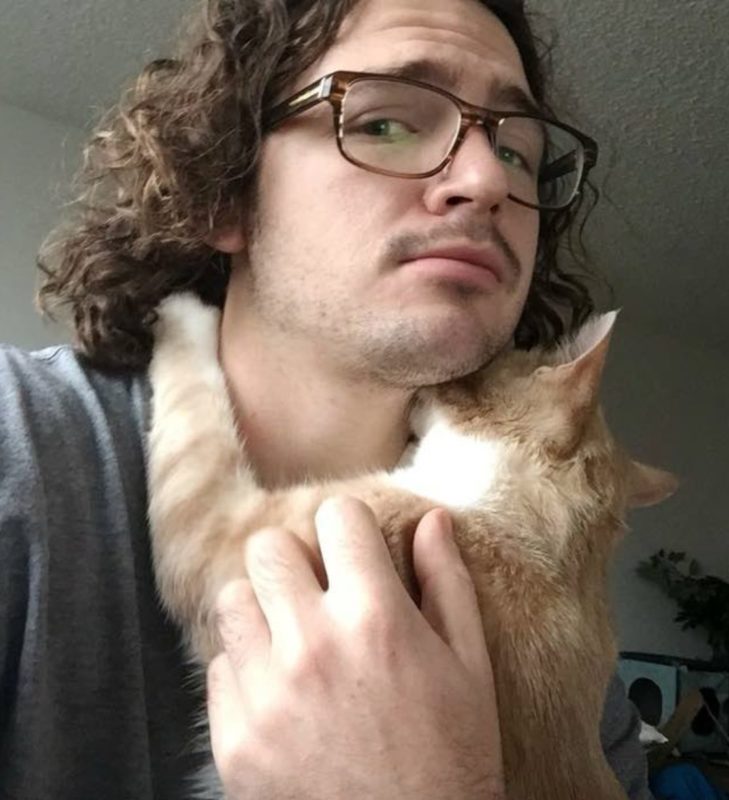 “Butters has been with me ever since I adopted him and adopted his sister named Cupcake.”

The first thing Luke does when he gets home is hug Butters.

They are inextricably linked! 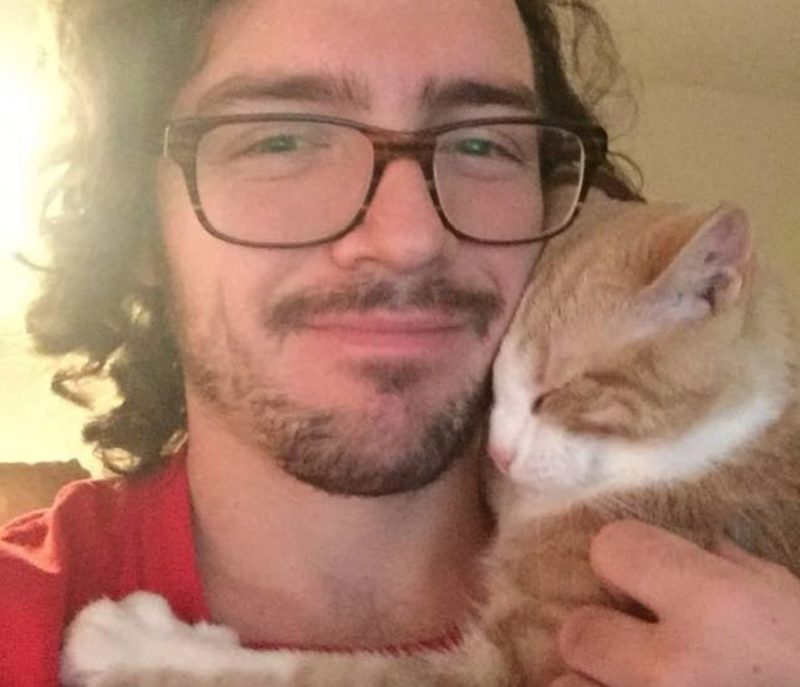 Every morning for Luke is a warm awakening in an embrace with the beloved cat.

Each time, Butters throws himself into his arms, as if it were the last time.