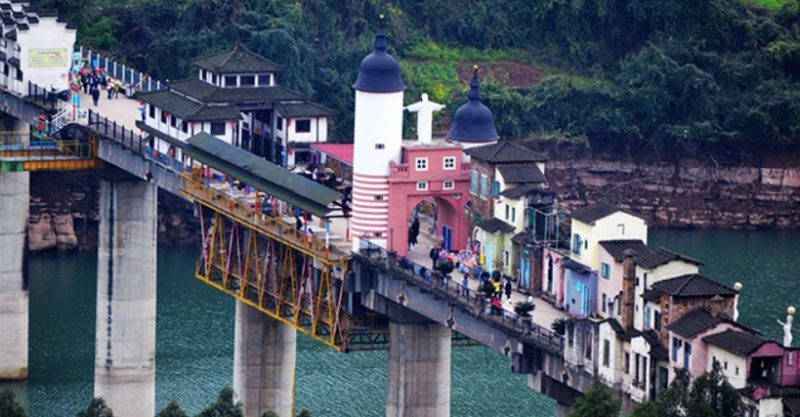 Unusual architecture is found all over the world. But in China, the locals have outdone themselves.

They built their houses on a bridge that runs at a decent height over a stormy river and just live on it as if it were an ordinary street. Moreover, the video clearly shows how close houses, shops and other buildings are located to each other. 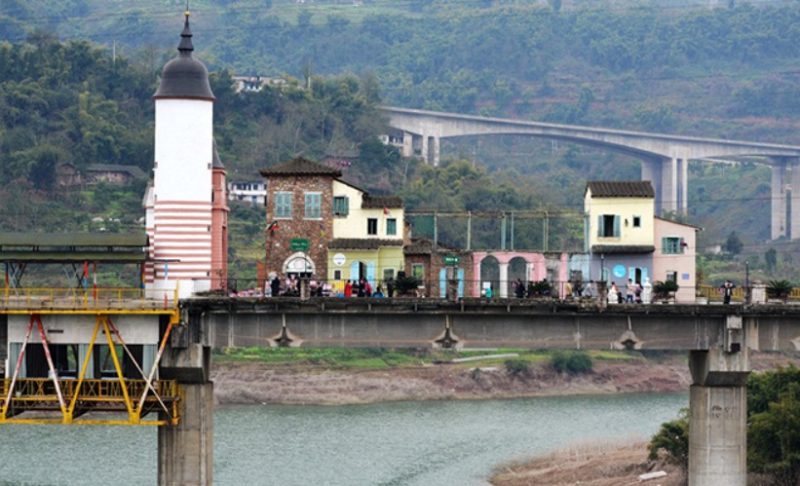 The unusual bridge is located in one of the many suburbs of Chongqing.

You have hardly heard this name, but meanwhile this city is formally considered one of the largest metropolitan areas in the world.

Its total area is 80,930 square kilometers, which is comparable to the size of the whole of Austria. And the number of the population corresponds: the inhabitants of Chongqing are almost 31 million people.

Here it is necessary to take into account the peculiarities of territorial division adopted in China.

Chongqing is considered the so-called “City of Central Subordination”, it includes 31 districts, 8 counties and 4 autonomous counties. 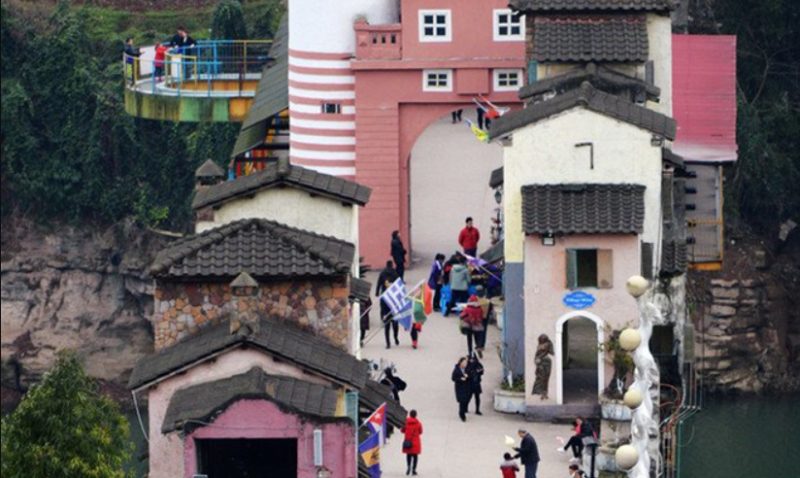 Chongqing has over 25 bridges across the rough waters of the Yangtze. The Chinese, prone to large-scale exaggerations, call it the “city of 14,000 bridges”, which of course is not true.

However, most of the bridges are remarkable in one way or another. For example, Chaotianmen has the world’s longest arched span and a total length of about 1.7 kilometers.

The residential bridge located in one of the counties included in Chongqing is even more remarkable. It has long become a center of attraction for thousands of tourists: local residents have built up houses and shops on a narrow canvas passing at a high height of the bridge. 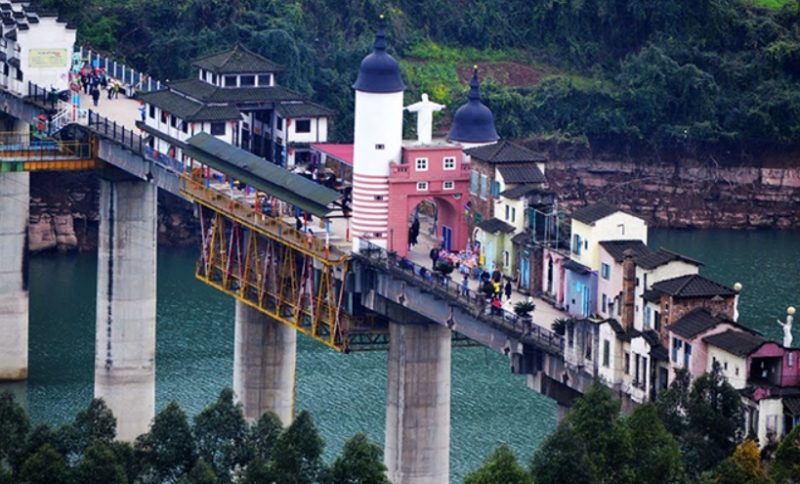 The buildings on the bridge are built in both traditional Chinese and European styles. Tourist guides call the trip to the bridge “Journey to the meeting point of East and West”:

The municipal government is doing everything for the speedy urbanization of Chongqing. In the next 10-20 years, most of the territory of the colossal city will be built up.

Woman shared food with a homeless man on the street, and the next day she found out it was Richard Gere
Interesting News
0 159