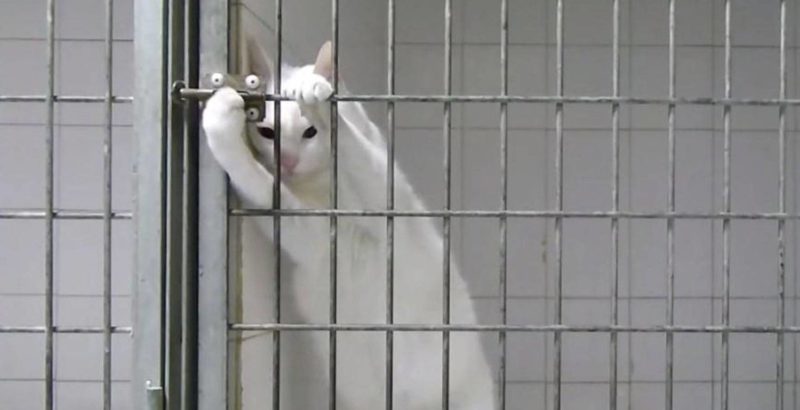 Chamallow, the cat, lives in the south of France and, like Harry Houdini, is able to get out, it seems, from any cage.

A camera installed in the veterinary center recorded how a white cat sticks its paws through the bars of its “prison” and opens the lock. 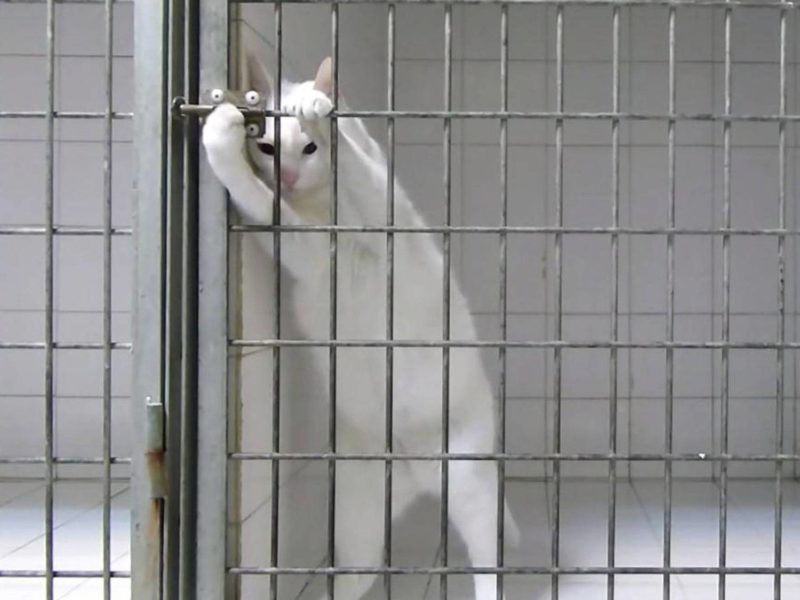 This cat lives in one of Marseille’s veterinary clinics. Leaving home, its workers locked the cat in a cage every evening.

How he did it, no one had ever seen. So one day the clinic workers became so interested that they installed a camera in their room.

Hidden filming showed that the cat learned to open the lock on its own.

After that, the owners put the cat under lock and key a few more times and watched what he would do, and what was happening was recorded on video.

“We guessed that something was wrong,” the clinic administrator said. “We locked him in a cage every evening, where there is food and a cat tray, but every morning he was waiting for us outside.”

The cat not only got out of the cage every time, but also stole treats intended for dogs.

Animal behavior experts note that such cases are quite rare.

The cat probably learned to open locks through trial and error.

Perhaps he even tried to copy the actions of people. Experts believe that only really smart and active animals are capable of such actions.

However, for the cat, such resourcefulness turned out to be a failure.

The clinic staff, having found out how he got out, now put him under another lock, which the cat is unable to open.